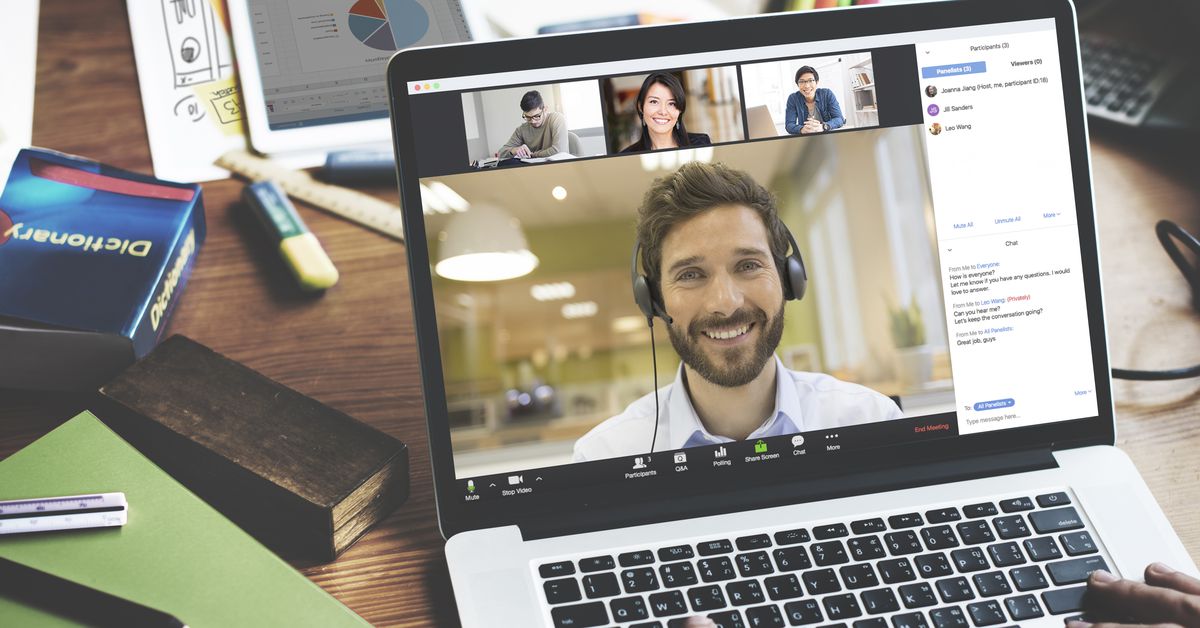 Cybersecurity research company Check Point Research says in a report out today that it found security flaws in videoconferencing platform Zoom that would have allowed a potential hacker to join a video meeting uninvited and listen in, potentially accessing any files or information shared during the meeting. While Zoom has addressed the issue, the report raises deeper concerns about the safety of videoconferencing apps that require access to microphones and cameras.

Each Zoom call has a randomly generated ID number between 9 and 11 digits long that’s used by participants as a kind of address to locate and join a specific call. Check Point researchers found a way to predict which were valid meetings about 4 percent of the time, and it was able to join some, says Yaniv Balmas, Check Point’s head of cyber research. (They didn’t dive into the meetings themselves, Balmas stressed. Rather, they ended the calls at the “waiting room” screens.)

“It was sort of like Zoom roulette,” Balmas told The Verge. “The implications would be, if you’re having a video chat and have multiple members joining, you may not notice if someone who isn’t supposed to be there is sitting there listening to you.”

Since Zoom conference calls can accommodate “tens of thousands” of participants in one meeting, according to the company’s May IPO, it would not be hard for an attacker to sneak into a Zoom call unannounced if there were no screening measures in place.

Check Point didn’t find a way to connect a Zoom meeting ID with a specific user. So even if a bad actor gained access to a random meeting, they wouldn’t necessarily know whose meeting it was before they joined the call. The researchers didn’t find that someone accessing a Zoom meeting would have access to other users’ cameras or microphones.

Check Point disclosed the vulnerability to Zoom, and it says the company responded quickly to fix the issue. It replaced the randomized generation of meeting ID numbers with a “cryptographically strong” one, added more digits to meeting ID numbers, and made requiring passwords the default for future meetings. (A Zoom call with Check Point to discuss the research did not require me to enter a password before joining, however.)

It’s no longer possible to scan for random meeting IDs the way the Check Point researchers did; each attempt to join will load a meeting page, and repeated attempts to try to scan for meeting IDs will temporarily block that device from the platform.

A Zoom spokesperson said the issue Check Point identified was addressed in August, adding that privacy and security of its users was its top priority. “We thank the Check Point team for sharing their research and collaborating with us,” the company said.

San Jose-based Zoom, founded in 2011, has a market cap of just under $20 billion and customers in more than 180 countries. The company said during its third quarter earnings announcement last month that its customer base included 74,000 businesses of meaningful size, measured as a business with more than 10 employees.

Last summer, security researcher Jonathan Leitschuh discovered a zero-day vulnerability in Zoom on Macs that could have allowed a bad actor to hijack a user’s camera and live feed. The company eventually stopped using the local web server that created the vulnerability, but not after first defending it as a “low-risk” situation.

Balmas said the Check Point researchers were focused specifically on Zoom and its meeting ID numbers and did not investigate whether the vulnerability would be present in other video chat programs like Google Hangouts or Skype. But he cautioned that any videoconferencing platform has inherent risks, even if users take necessary safety precautions.

“We didn’t look at [other videoconferencing platforms], but what we found here is a shout out to them,” he said. “You must look out for these kinds of things, for ways that unauthorized users can gain access, for any application that has access to your microphone or camera.”