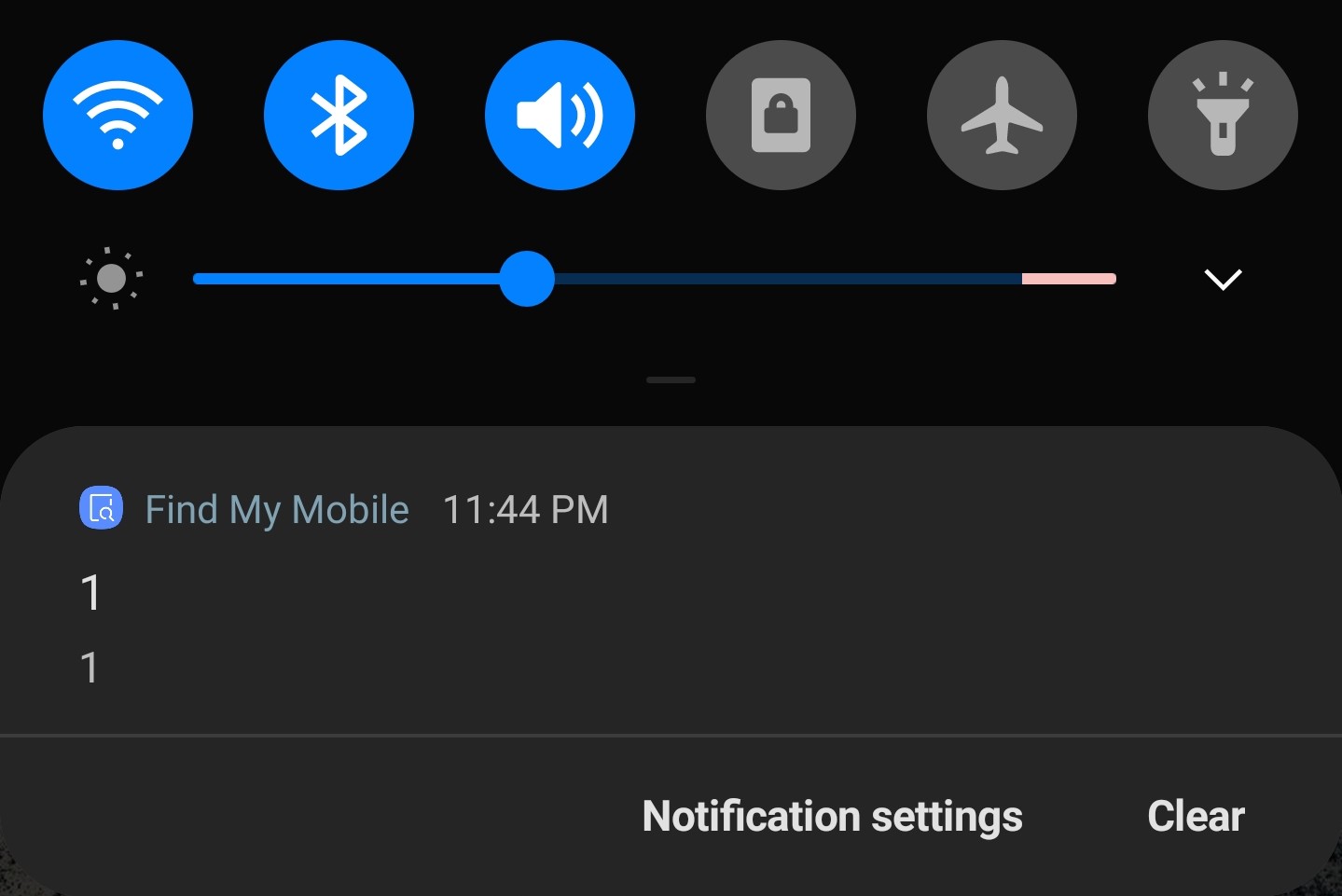 Late last night, Samsung sent a weird “1 1” notification to all Galaxy phone users around the globe, which stirred up discussions across social platforms. The notification came from the preinstalled Find My Mobile app—Samsung’s alternative to Google’s Find My Device app. It clearly looked like someone at Samsung accidentally pushed the wrong button while testing something internally, which was later confirmed in an official statement.

Tapping on the notification automatically cleared it with no subsequent action. However, our own Garrett noticed that the battery use by the Find My Mobile app was abnormally high, which some Twitter users also corroborate. It isn’t immediately obvious if the battery issue is related to the erroneous notification, and Samsung hasn’t clarified that either.

A few hours after the word quickly went out, with many throwing around their own theories, Samsung’s UK arm cleared the air with a tweet. It apologized for the occurrence and stated that the “Find My Mobile 1” notification was indeed unintentional and was sent out during an internal test. Here is the full statement:

Recently, a notification about “Find My Mobile 1” occurred on a limited number of Galaxy devices. This was sent unintentionally during an internal test and there is no effect on your device. We apologize for any inconvenience this may have caused our customers. ^LF

Samsung isn’t alone here; something similar happened when OnePlus blasted its phones with two unintelligible notifications back in July, though its impact was limited to OnePlus 7 Pro users. To err is human, and the developers testing out these apps are but humans.