Videogame publishers have one job; to sell you videogames, but sometimes they refuse to do it. Konami put out an award winning horror game on PS4 only to take it off PSN forever, presumably as part of some kind of “reverse psychology” plan to win over fans (though there are rumors that they may be reversing course on that strategy). A few years before that, Nintendo put ten Gameboy Advance games on the 3DS, but it didn’t let you buy them. The only way to get them was to be an early adopter of the console and join their “Ambassador program” a term now used to designate online influencers who Nintendo has chosen to invite into their brand.

We have a similar situation going on with Samurai Shodown! 2 on Switch. This classic Neo Geo Pocket fighter is only available as a pre-order bonus for the new entry in the Samurai Shodown series, but in this case, the term “pre-order” really means “early adopter”. The game came out in February, but as long as you download it before March 25th at midnight PST, you’ll get to download the Neo Geo Pocket game as well.

Despite reading the press release multiple times, I didn’t realize that when I wrote about the games last month. SNK also declined requests for review copies of Samurai Shodown! 2, and declined comment on any plans to release the game as a stand-alone on the Switch eShop later down the line.

It’s a shame that SNK is playing hard to get with this one because Samurai Shodown! 2 is arguably more interesting than it’s bigger brothers. It’s actually a reimagining of an Hyper Neo Geo 64 game that was never released outside of Japan, featuring a few fighters you won’t find elsewhere in the franchise, a unique “two screens on one” look for local Vs. battles, tons of in-game unlockable cards, and a simplified control scheme to accommodate the original destination console’s two-button set up.

I ended up tracking down a paper code for the game (which came packed with pre-ordered physical copies of Samurai Shodown) at poor old Gamestop before they closed their doors for quarantine, so I can vouch for the quality here. They just don’t make them like this anymore, and soon, you might not be able to get this particular one either. If you were on the fence about getting either the main game or its bonus on Switch, please allow me to push you over the “edge”. 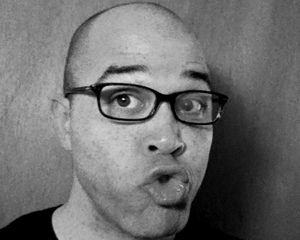 “Where do dreams end and reality begin? Videogames, I suppose.”- Gainax, FLCL Vol. 1 “The beach, the trees, even the clouds in the sky… everything is build from little tiny pieces of stuff. Ju… more + disclosures