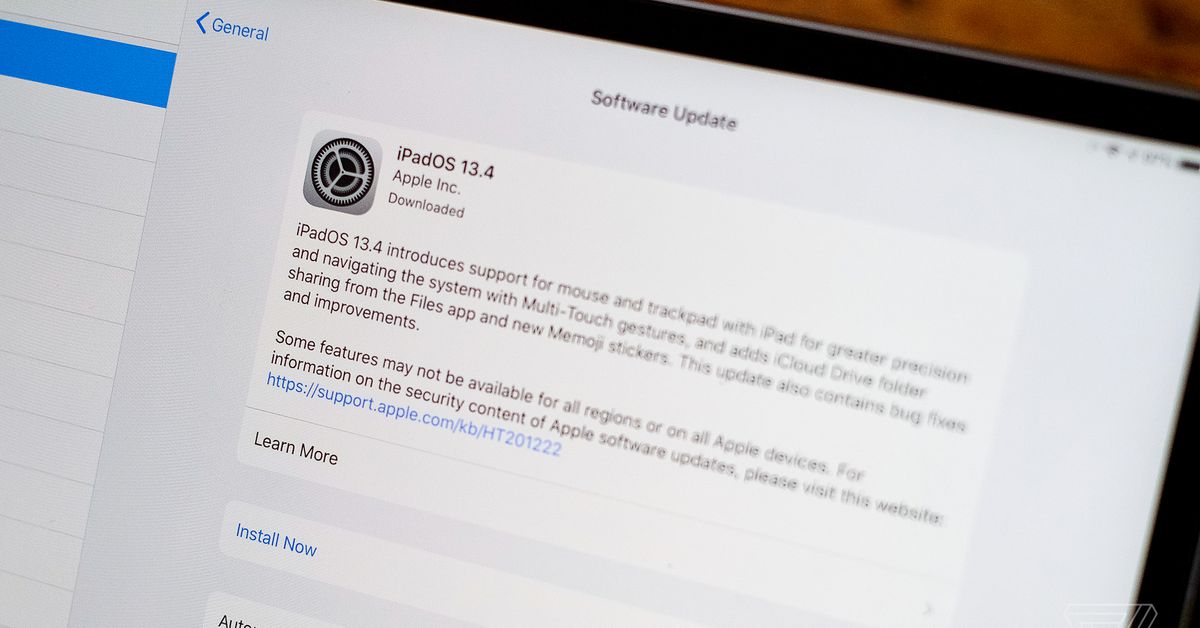 Yesterday, Apple announced a new iPad Pro along with an updated keyboard case — now with a trackpad. The company also confirmed that it’s bringing laptop-like trackpad and mouse functionality to iPadOS, and it’s doing so sooner than some anticipated. The new context-aware cursor and other trackpad / mouse features are coming next week as part of the iPadOS 13.4 update.

But you don’t have to wait until then to get a feel for Apple’s approach to expanded trackpad and mouse support on the iPad. A public beta of the update is live right now, and once installed, you’ll be able to get going with a mouse or something like Apple’s Magic Trackpad if you want to test out the new multi-finger gestures.

It’s contextual, so it transforms into the tool you need depending on the content you’re pointing to, like buttons, app icons, and text. It’s perfect for tasks where you need an extra level of precision, like building a spreadsheet or editing text. You can also use intuitive trackpad gestures to quickly get around in iPadOS.

The big question is how close this will feel to a traditional pointer experience like on a Mac or PC. Apple software VP Craig Federighi said the company’s aim was to “bring a cursor to a touch-first environment.” What’s here will be what iPad owners will likely be stuck with until iPadOS 14. In my brief experience so far, it’s pretty intuitive and there aren’t any annoying surprises. You’ll obviously want to adjust settings to your liking; not everyone is a fan of “natural scrolling” and that can be adjusted in Settings —> General —> Trackpad and Mouse. Scrolling speed can also be fine-tuned here.

Apple first added rudimentary mouse support in iPadOS 13 last year, but it was a barebones assistive technology that fell far short of this latest implementation.

How to get the iPadOS 13.4 GM build through Apple’s public beta

The version of iPadOS 13.4 that rolled out to developers and public beta testers late yesterday is almost certain to be the same software build that everyone will be able to install on March 24th. To get it, sign up for Apple’s beta program with your Apple ID using the iPad on which you want to install the update.

After that, you’ll be prompted to enroll your device and download a beta profile. Once you’ve done that, install the beta profile in settings, go through the usual software update flow, and you’ll be upgraded to 13.4. One note: if there’s a “Feedback” app added to your home screen after updating, just remove the beta profile in settings and the app will go away. Whenever iPadOS’s next release drops after version 13.4, you’ll be able to update through the normal process.