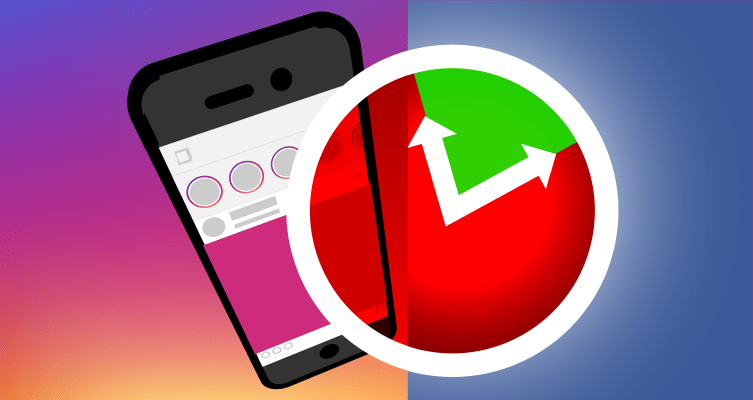 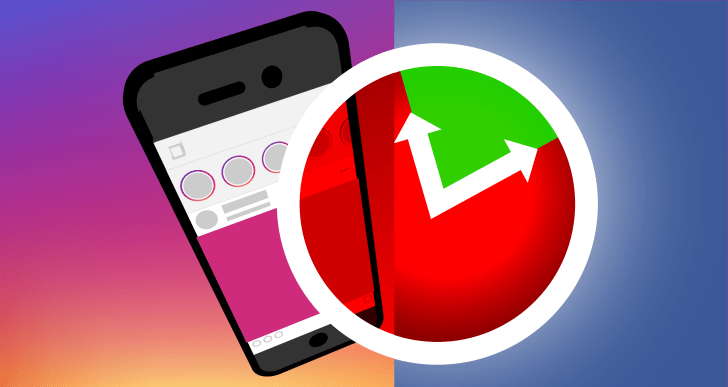 If I watch a Story cross-posted from Instagram to Facebook on either of the apps, it should appear as “watched” at the back of the Stories row on the other app. Why waste my time showing me Stories I already saw?

It’s been over two years since Instagram Stories launched cross-posting to Stories. Countless hours of each feature’s 500 million daily users have been squandered viewing repeats. Facebook and Messenger already synchronized the watched/unwatched state of Stories. It’s long past time that this was expanded to encompass Instagram. 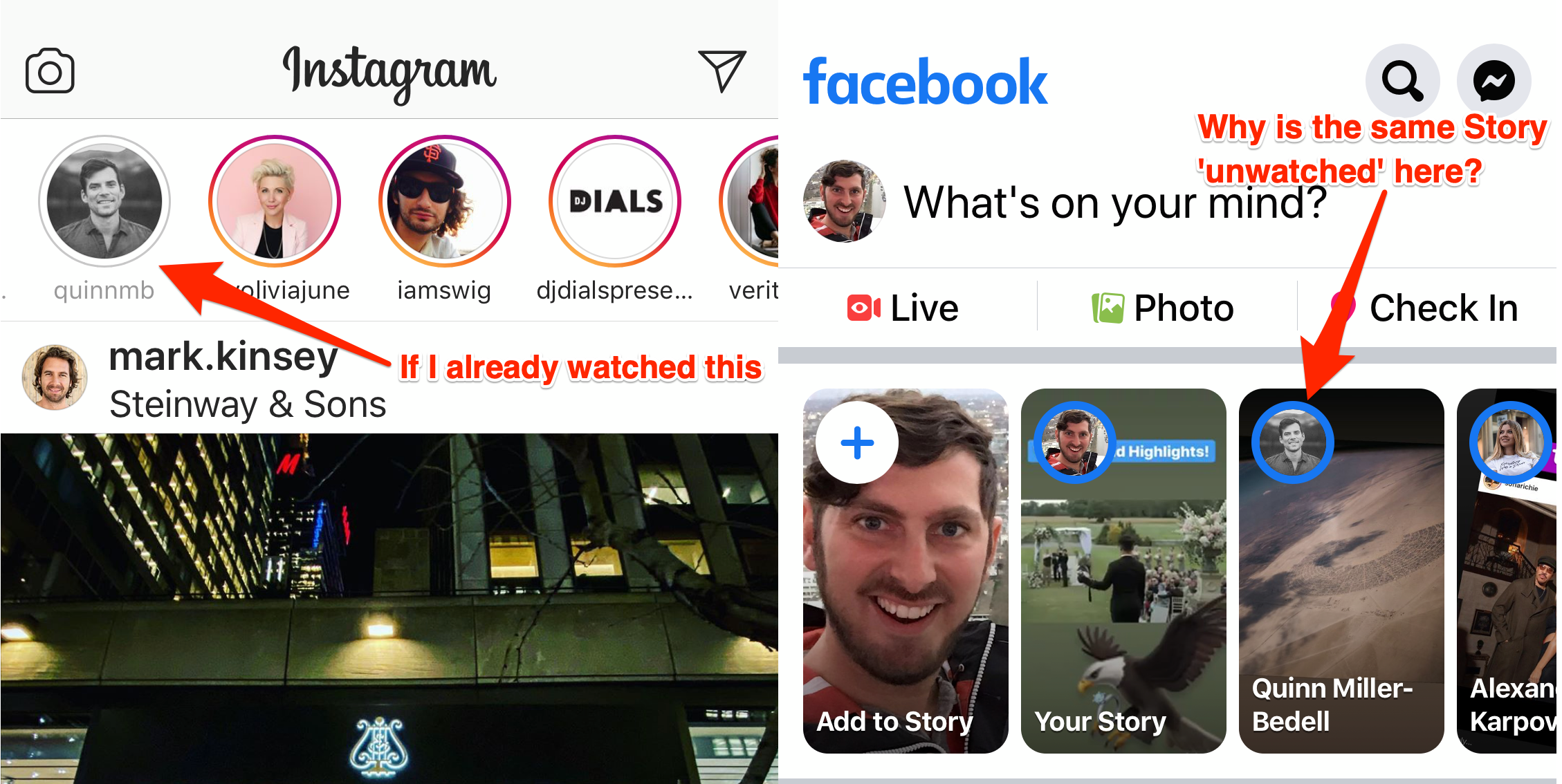 I asked Facebook and Instagram if it had plans for this. A company spokesperson told me that it built cross-posting to make sharing easier to people’s different audiences on Facebook and Instagram, and it’s continuing to explore ways to simplify and improve Stories. But they gave no indication that Facebook realizes how annoying this is or that a solution is in the works.

All the apps have to do is check to see if a Instagram Story that was cross-posted to Facebook using the built in “share to Facebook” feature was already watched on either app, and then mark it as watched in the other. If someone saves their Instagram Story and then posts it to Facebook, or posts a duplicate version natively via Facebook, treat them as different and don’t de-duplicate them. No need to handle edge cases.

The end result if this gets fixed? Users would spend more time watching new content, more creators would feel seen and Facebook’s choice to jam Stories in all its apps would fee less redundant and invasive. If I send a reply to a Story on one app, I’m not going to send it or something different when I see the same Story on the other app a few minutes or hours later. Repeated content leads to more passive viewing and less interactive communication with friends, despite Facebook and Instagram stressing that its this zombie consumption that’s unhealthy. 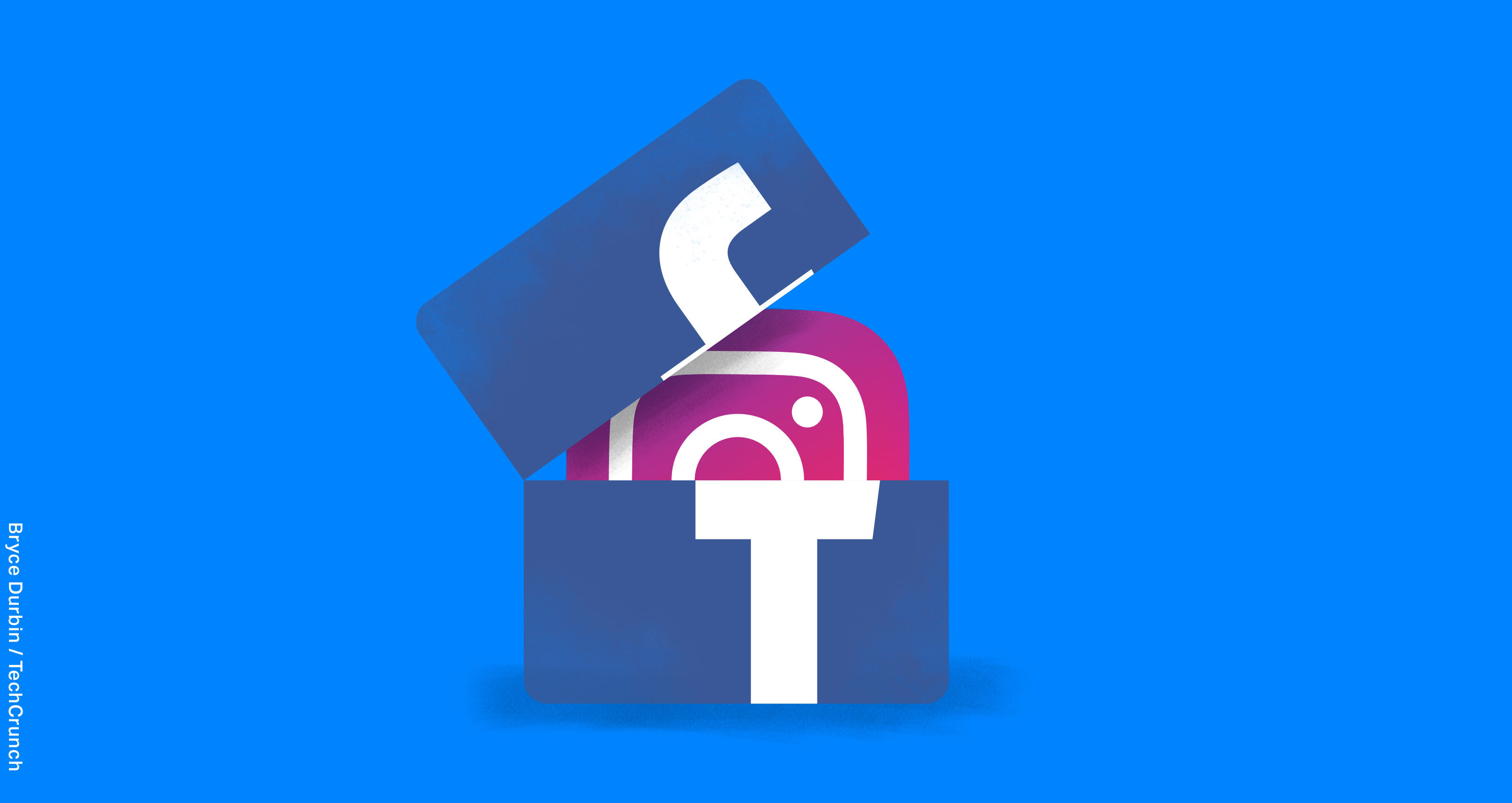 The only possible downside to changing this could be fewer Stories ad impressions if secondary viewings of peoples’ best friends’ Stories keep them watching more than new content. But prioritizing making money over the user experience is again what Mark Zuckerberg has emphasized is not Facebook’s strategy.

There’s no need to belabor the point any further. Give us back our time. Stop the reruns.