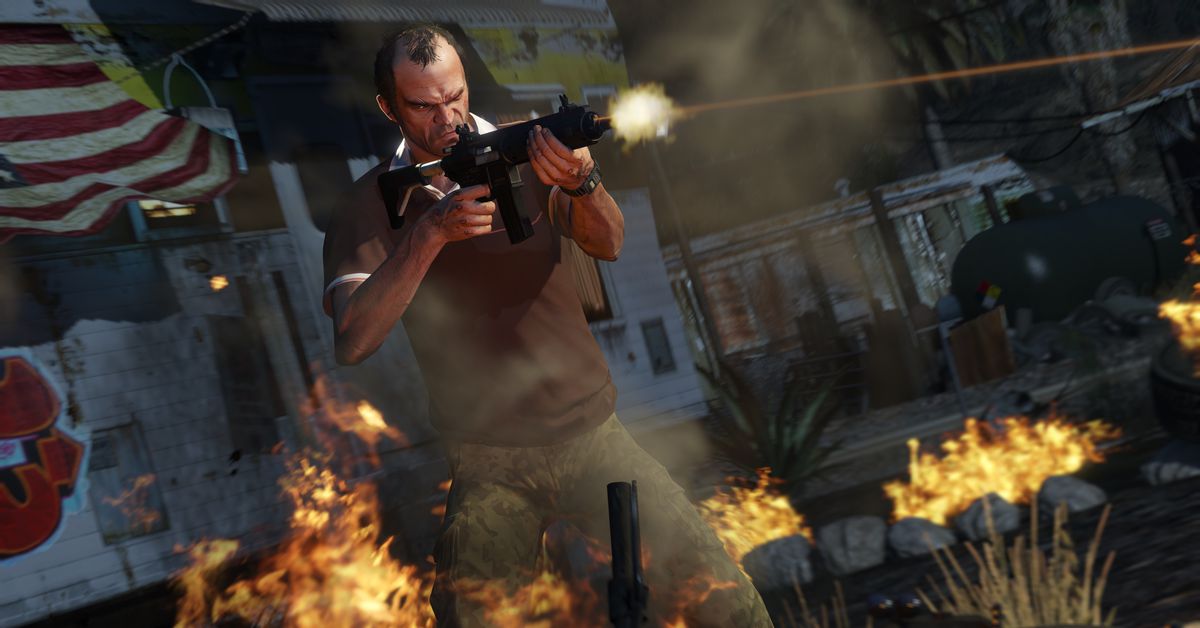 Grand Theft Auto 5 was first released in September 2013, and quickly became one of the best-selling games of all time. Then, Rockstar released it again in 2014, this time on Xbox One and PlayStation 4, and finally on Windows PC in 2015. But even after the full releases stopped, the game’s sales remained strong. In fact, in 2019, Grand Theft Auto 5 had one of its best years ever.

After its wildly successful launch, the game averaged around 15 million copies sold a year, had a brief dip in 2018, then jumped to about 20 million last year. With no big release of a new version, and no single-player expansions, the reasons for GTA 5’s sudden uptick in popularity are multifaceted. Over the last 12 months, everything from new content for Grand Theft Auto Online, to Twitch streams, to something as simple as lower prices, seems to have contributed to the game’s impressive sales.

Grand Theft Auto Online is likely the main draw for players who keep coming back to GTA 5 or jump in for the first time, years after the game’s initial release. So it should come as no surprise that this bump in sales comes with one of the best years GTA Online has ever had for additional content. The most recent content updates for GTA Online have added new characters, story lines, and vehicles to the mode, and Rockstar treats each update almost like it’s a new game, which means a lot of marketing.

The Casino Heist features a variety of different ways for players to approach their perfect crime, from going in silent to guns blazing and a few things in-between. One of the real thrills of the mission is that unlike in other heists, if something goes wrong, players don’t immediately fail. Instead the heist continues with the new inconvenience in play, forcing players to change their plans and adapt on the fly.

Another reason behind GTA 5’s surprising continued success may have been its popularity with streamers over the last year. Role-playing servers have always been around in Grand Theft Auto Online, but the popular NoPixel server, which hosts to some of the biggest streamers on the internet for a few months this year, helped the community gain a spotlight it’s never had before.

Streamers like Shroud, Summit1g, TimTheTatman, Lirik, and many others joined in on the role-playing fun. Thousands of viewers watched the streamers wander the server’s virtual city interacting with each other in-character, buying clothes from people playing as in-universe employees for the store, and getting increasingly lavish cars and houses. Some turned to a life of crime to fuel their exorbitant lifestyles — as always happens in GTA — then others responded by forming a police force. While this popularity did drive up the number of players the game had on Steam somewhat, it’s hard to say whether or not it helped convince console players to jump back into the game, even if they couldn’t check out role-playing servers.

Another possible explanation for the game’s impressive sales over the last year is likely pretty simple: price. Rockstar’s games tend to keep their prices pretty high, since they sell consistently well. But in late 2018, the game’s Steam price dropped from around $50 to $29.99. Likewise on both consoles and PC, the game has frequently been on sale over the last 12 months dropping down to $19.99 or even $14.99 in some cases. And with this current generation of consoles still selling well, picking up Grand Theft Auto 5 — a highly acclaimed game in a famous franchise — on the cheap, might seem like an obvious choice for anyone getting a new console.

Grand Theft Auto 5’s continued success, even after Rockstar has released Red Dead Redemption 2 on both console and PC, is staggering. Between the game’s consistently lower price, the well-received (and heavily promoted) updates, and its popularity with streamers, 2019 turned into a perfect storm for GTA 5 and gave it one of its best sales years ever, six years after launch.