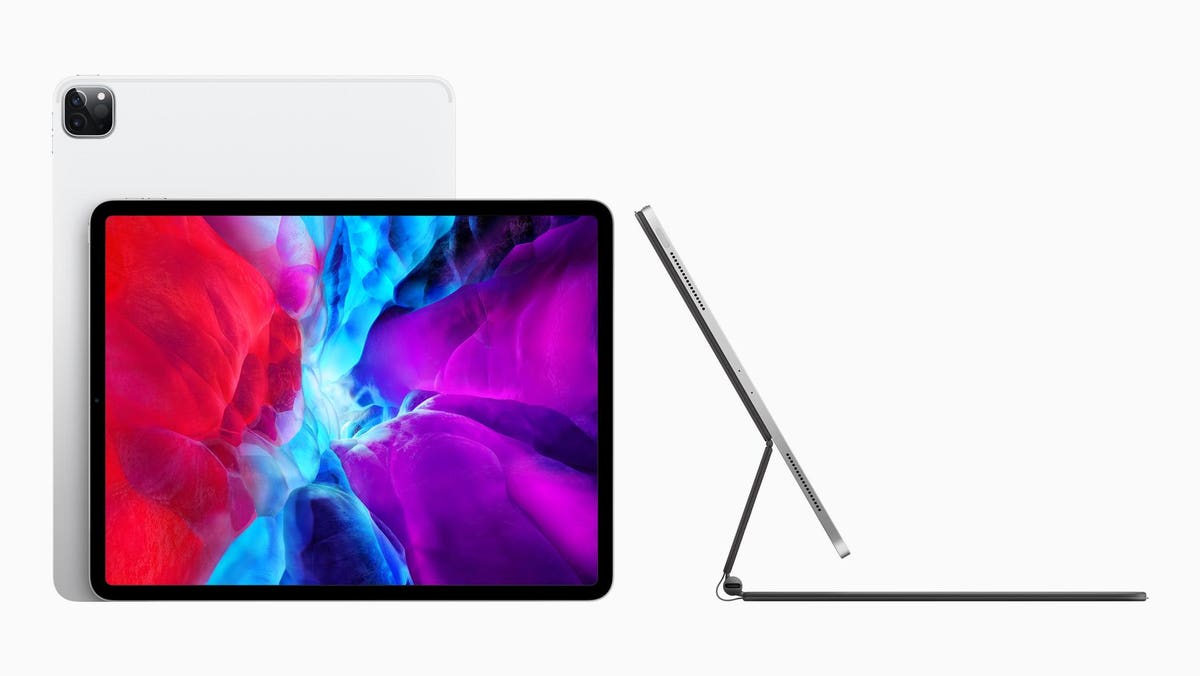 Though the United States is deep within the midst of the worst of the coronavirus pandemic with shutdowns throughout the country, overrun emergency rooms, and government relief checks being prepared, Apple just released new products, including a new iPad Pro and an all-new Magic Keyboard which holds the iPad suspended over a desk or laptop and comes with a trackpad input that allows it to mimic many of the functions of a laptop at a comparatively similar price.

Why on earth would Apple release new products during the coronavirus pandemic? Who would buy a $350 keyboard when millions of people are set to lose their jobs? Has Apple lost its way?

The fact that Apple is continuing to move forward with its release schedule is a very good thing, and within a long tradition of the company meeting financial challenges in the market with innovation. Apple knows that the downturn will eventually end, and when it does, the company wants to be able to maintain a leadership position in the market. Innovation is in the company’s DNA.

In 2003 when PC sales were down and doom and gloom pervaded the stock market and American industry, Steve Jobs told Business Week that Apple planned to innovate its way out of the downturn.

“A lot of companies have chosen to downsize, and maybe that was the right thing for them. We chose a different path. Our belief was that if we kept putting great products in front of customers, they would continue to open their wallets.”—Steve Jobs, 2003

Though the comment may have seemed like bravado coming from Jobs’ famous “reality distortion field,” the company’s third generation iPod launched the previously innovative but poorly selling product into the stratosphere, and paved the way for the iPhone. Apple used the downturn to completely rethink its business. They “skated to where the puck is going” not where it’s been.

The iPod launched October 23, 2001, less than six weeks after the September 11 attacks.

Apple is at heart a research and development company that is always moving forward. When a product is ready, they release it, not before, not after. Unlike many tech companies of the old days who were famous for “vaporware,” that is, announcing products that may or may not ship, but were worth announcing because they could frighten a competitor away from the market, Apple has consistently shipped its pre-announced products (with a few rare exceptions).

Apple’s sales cycle is tied to the release of new products. The iPhone famously does better during the year of a “supercycle” when a completely redesigned product is released, which last occurred with the iPhone X. So, though all of Apple’s retail stores outside of China are currently closed, the company still has a reason to keep its products moving forward. Stores in China have reopened. And Apple has a robust online presence where customers can place orders to be shipped to their homes.

To delay an iPad Pro launch would push other more important launches back. In addition, new software innovations (like the mouse and pointer innovation for the new iPad Pro that will be released this week in iOS 13.4) are often tied to upgraded hardware. Shipping newer-featured hardware allows the company to ship more fully-featured software.

It’s still unclear who the winners, losers, and middling companies will be during the coronavirus shutdown. There’s plenty of reason to believe that Apple will experience reasonable online sales during the period, especially for lower cost, more consumption-oriented products like the iPad pro. The new camera on the device calls out to YouTubers, corporate video clients, and kids. What better time than now, when consumers have nothing but time to offer a product that provides a superior viewing experience?

With apologies to F. Scott Fitzgerald: so Apple beats on, a boat against the current, moving ceaselessly into the future.