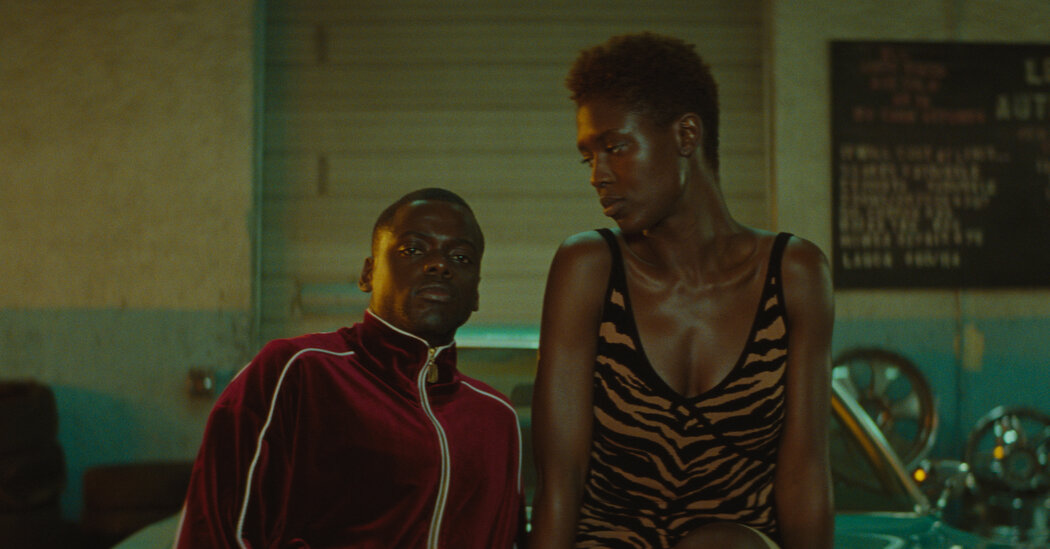 QUEEN & SLIM (2019) 9 p.m. on HBO. In the blink of an eye, a sputtering first date turns into a high-stakes run from the law in “Queen & Slim,” the debut feature from the music-video and television creator Melina Matsoukas. The story begins in an Ohio diner: Queen (Jodie Turner-Smith) and Slim (Daniel Kaluuya) meet for dinner, after connecting via a dating app. It’s awkward. On their way home, they are pulled over by a police officer (Sturgill Simpson) — an encounter that turns deadly. Suddenly fugitives, Queen and Slim then run from the law while news of their encounter sparks nationwide attention and protest. The screenplay, by Lena Waithe, taps into urgent conversations about race in America. “I don’t want this movie to be as relevant as it is,” Waithe said in an interview with The New York Times when the film came out. “But the scary thing is the movie becomes more and more relevant with every passing day.” That was late last year.

HAMLET (1948) 5:15 p.m. on TCM. A “Romeo and Juliet” with Cadillacs and Hawaiian shirts? Seen it. “Twelfth Night” reimagined as a mid-2000s teen rom-com? Yep. Modern audiences have tasted a banquet’s worth of filmed Shakespeare adaptations, but when this version of “Hamlet,” with Laurence Olivier, hit theaters more than 60 years ago, the question of whether Shakespeare could be successfully brought to screen was still an open one. Bosley Crowther wrote in his review in The Times that Olivier answered it definitively: This “Hamlet” is “absolute proof that these classics are magnificently suited to the screen.” Olivier plays the title role — a prince sent to avenge his murdered father’s ghost — opposite the likes of Jean Simmons (as Ophelia), Eileen Herlie (Gertrude), Basil Sydney (Claudius) and Peter Cushing (Osric).

R.I.P.D. (2013) 6:30 p.m. on Syfy. In “Hamlet,” a dead soul returns to Earth as a ghost and delivers an eloquent plea to his living, grieving son. In “R.I.P.D.,” dead souls get blown up. Based on the Dark Horse comic of the same name, this sci-fi thriller pairs Ryan Reynolds and Jeff Bridges as odd-couple lawmen (think “Men in Black”). They hunt down dead monster-villains who, to avoid being sent to hell, have disguised themselves as regular people (also think “Men in Black”). The result, Manohla Dargis wrote in her review for The Times, is “noisy nonsense.”

MOM Stream on CBS All Access and Hulu. Allison Janney and Anna Faris play a mother and daughter recovering from addiction in this CBS sitcom. The seventh season, newly available on Hulu, begins with Bonnie (Janney) setting off on a honeymoon with her new husband, Adam (William Fichtner). With Bonnie and Adam away, Christy (Faris) is left to manage the bar that Adam owns. She decides to make some “improvements in efficiency and profitability,” which include a creative adjustment to the way drinks are poured and an insistence that employees refer to nachos as “‘chos.”