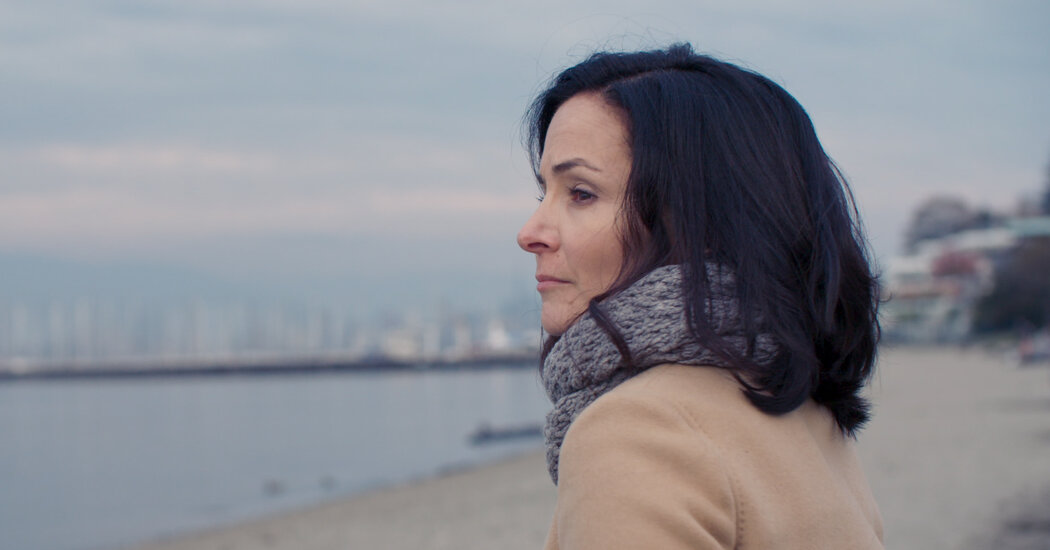 Television|What’s on TV Sunday: ‘The Vow’ and ‘The August Virgin’

THE VOW 10 p.m. on HBO; stream on HBO Max. In 2019, Keith Raniere, the leader of the self-improvement group known as Nxivm, was convicted on charges of racketeering and sex trafficking, his trial exposing the shadowy organization’s inner workings. The group had attracted high-profile members — including the “Smallville” actress Allison Mack and the heiress Clare Bronfman — and in 2017, troubling reports of coercion, blackmail and abuse began to surface. This nine-part documentary series examines the disturbing practices that made headlines, but it also delves deeper into the organization to understand why people joined in the first place. Through interviews with former members, the filmmakers Jehane Noujaim and Karim Amer explore the fall of the organization and the emotional toll that it took on those hoping it could help them lead a better life.

ABC NEWS SPECIAL — JOE BIDEN AND KAMALA HARRIS 8 p.m. on ABC. Now that the Democratic National Convention has concluded, former Vice President Joseph R. Biden Jr. will sit down with his running mate, Senator Kamala Harris of California, for their first joint interview. David Muir of “World News Tonight” and Robin Roberts of “Good Morning America” will interview the candidates to discuss Biden’s choice and their vision for the future.

THE AUGUST VIRGIN (2019) Watch through virtual cinemas. Itsaso Arana co-wrote and stars in this Spanish film, which proposes that one can have just as adventurous a summer staying home as they might traveling. Arana plays Eva, a 30-something woman spending August in Madrid at a time when most of the city has cleared out. It’s during those sweltering end-of-summer days that she forms new connections with old friends, a former boyfriend, a Reiki therapist and a possible new love interest, and spends time exploring what her future might hold.

WONDERS IN THE SUBURBS (2019) Stream on Mubi. Naps for all, rooftop farms and home-based sexual assistance: These are the unorthodox campaign promises made by the newly elected mayor (played by Emmanuelle Béart) at the center of this French comedy. To help her carry out these policies, her staff members Joëlle (Jeanne Balibar) and Kamel (Ramzy Bedia), who have recently divorced, will have to find a way to work together.

HOUSE (1977) Stream on The Criterion Channel; rent or buy on Amazon and iTunes. The Criterion Channel has lined up a perfect slate of films for those filled with quarantine envy over the Instagram-worthy vacations some are taking during the pandemic. The series, titled Bad Vacations, includes this Japanese fantasy horror film from the director Nobuhiko Obayashi that follows a teenager and six of her classmates into her aunt’s remote country home. There, the girls are met with a whole host of surrealist frights, including killer futons, a vicious piano and a hungry, decapitated head. “Delirious, deranged, gonzo or just gone, baby, gone — no single adjective or even a pileup does justice to ‘House,’” Manohla Dargis wrote in her review for The New York Times.