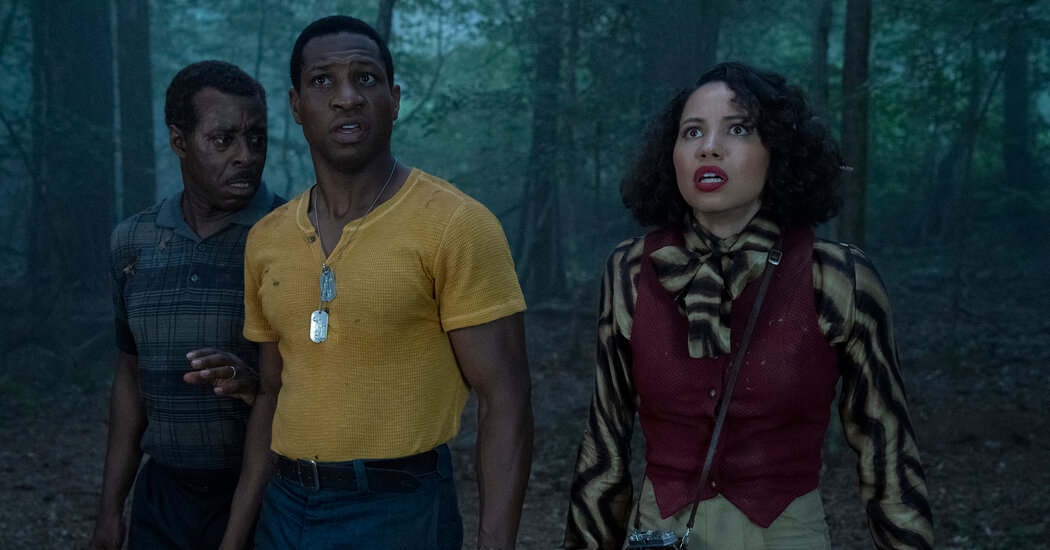 LOVECRAFT COUNTRY 9 p.m. on HBO. H.P. Lovecraft’s characters and stories were a profound influence on the horror genre, but his legacy and work is also marred by racism. This series, based on Matt Ruff’s novel of the same name, reframes Lovecraft’s work by focusing on Black characters and blending supernatural horror with a critique on racial injustice. Jonathan Majors stars as Atticus Freeman, a Korean War veteran who teams up with his uncle (played by Courtney B. Vance) and his friend Letitia (Jurnee Smollett) to navigate 1950s New England in search of his missing father. In an article about the series, Salamishah Tillet wrote that its showrunner, Misha Green, also references “works by literary figures like James Baldwin and Ntozake Shange to create a provocative show that is landing amid a broader national conversation about race and representation.”

THE CIRCUS 8 p.m. on Showtime. Following a midseason break, this documentary series — hosted by John Heilemann, Alex Wagner and Mark McKinnon — returns to take viewers behind the scenes of the 2020 presidential election.

LUCY WORSLEY’S ROYAL PHOTO ALBUM 8 p.m. on PBS (check local listings); also streaming on PBS platforms. By now, the British royal family is very used to being photographed, whether it’s sitting for an official portrait or trying to avoid the paparazzi. On this program, the historian Lucy Worsley examines the way photography has shaped the public’s perception of the royal family, starting with the early images of Queen Victoria, Prince Albert and their children. In the process, Worsley will share the stories behind the photos, those that made the Windsors appear more relatable, and those that fueled scandal.

PARIS, TEXAS (1984) Stream on the Criterion Channel. At a time when travel plans have been upended and the coronavirus pandemic has changed the way people move through the world, it’s as good a time as any to revisit Wim Wenders’s body of work. The German-born filmmaker is lauded for his movies that capture life on the open road, including this one, written by Sam Shepard and starring Harry Dean Stanton. Stanton plays Travis Henderson, a man with amnesia who tries to reconnect with his young son and find his missing wife. Jonathan S. Paul deemed the film “required viewing” in T Magazine, describing it as “a paean to America the Authentic: ghost towns, cuffed jeans, the highway, the mustache, the desert landscape, Marlboros, leather boots, chamois shirts, motels, Super-8 home movies, railroad tracks.”

SPUTNIK (2020) Rent or buy on Google Play, iTunes and other streaming platforms and pay-TV operators. The first-time director Egor Abramenko blends the timely themes of institutional control, Russian scheming and biological terror in this horror film about a Cold War-era astronaut who returns to Earth unknowingly carrying a deadly alien. When a psychologist is brought in to help, she grows distrustful of the military’s intentions for the creature, and hatches an escape plan.