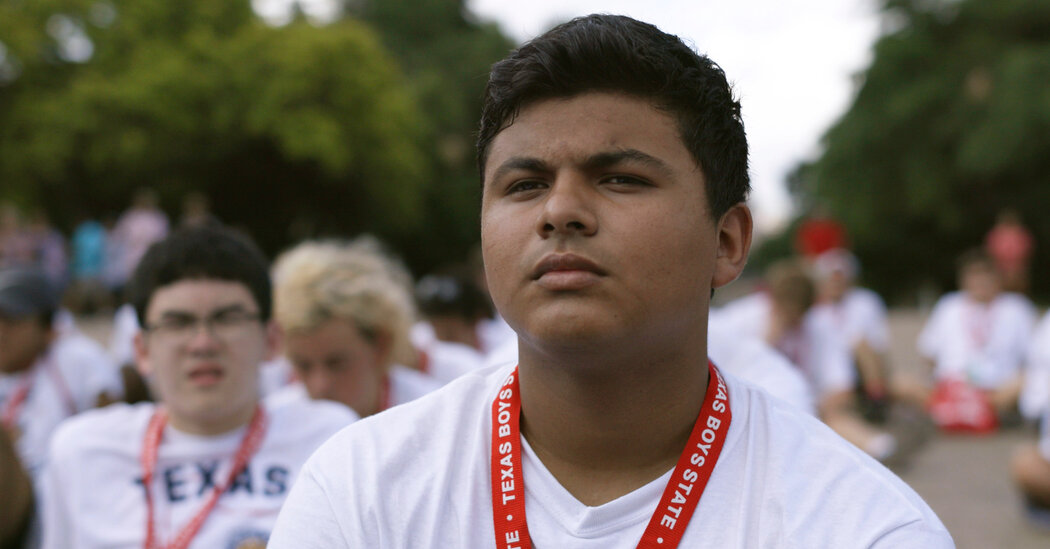 BOYS STATE (2020) Stream on Apple TV . Every year, hundreds of high-school-aged boys in Texas head to Austin for a weeklong mock government exercise known as Boys State. In 2018, the married filmmakers Jesse Moss and Amanda McBaine embedded in the fray, following four of the participants as their parties drafted platforms and elected key officials, including a governor. In the process, the filmmakers capture a hopeful demonstration of democracy that also reflects the hyper-polarized tensions of politics today. In her New York Times review, Manohla Dargis wrote that “the filmmakers have made an engaging movie about some kids who — as their jokes give way to debates, stratagems and even shocks — already seem to be drafting their own more interesting sequel.”

PLATONIC Stream on YouTube. This 10-episode series, created by Erin C. Buckley, revisits a pre-pandemic New York, before dating became even more complicated. In short five- to six-minute vignettes, Olive (Summer Spiro), a gay Brooklynite, and her straight friend, Billy (Ryan King), waft in and out of relationships in their search for connection and intimacy. They navigate the sexual fluidity and boundaries of modern companionship, including open relationships, bisexuality and flirtatious friends (who may be more than friends). Shot in close quarters in bars and small apartments, the series feels like a bite-size version of “Girls” or “High Maintenance.”

REPRESENT (2020) Watch through virtual cinemas. The three female candidates at the center of this documentary are not only out to win; they’re also pushing to shake up their local political systems. There’s Myya Jones, a 22-year-old mayoral candidate in Detroit who wants to empower her Black constituents. Julie Cho, a state representative candidate in Illinois, aims to establish herself in the Republican Party, while also trying to win over voters in her liberal district. And Bryn Bird, a Democrat, wants to disrupt the conservative, male-dominated political network in her rural Ohio town as township trustee. In her review for The Times, Lovia Gyarkye wrote that “it becomes increasingly clear that running for office as a woman isn’t just about engaging inactive voters.”

THE UNXPLAINED 9 p.m. on History. William Shatner hosts this nonfiction series that aims to offer context and explanation to historical events that still seem very mysterious. On this episode, the show highlights infamous impostors and examines the possible motives behind their deception. It explores the double lives of Christian Gerhartsreiter, who masqueraded as a Rockefeller, and Anna Anderson, who claimed to be Grand Duchess Anastasia of Russia.

SHARKS OF GHOST ISLAND 8 p.m. on Discovery. Shark Week isn’t over yet. Tonight’s programming includes an hourlong special about an area in the Bermuda Triangle that’s become a hot spot for shark activity. The marine biologist Dr. Craig O’Connell heads there to understand why the area attracts so many sharks. And later, a California surfer, a Canadian thrill-seeker and an Alabama football coach share their stories of close shark encounters on I WAS PREY: TERRORS FROM THE DEEP at 11 p.m.