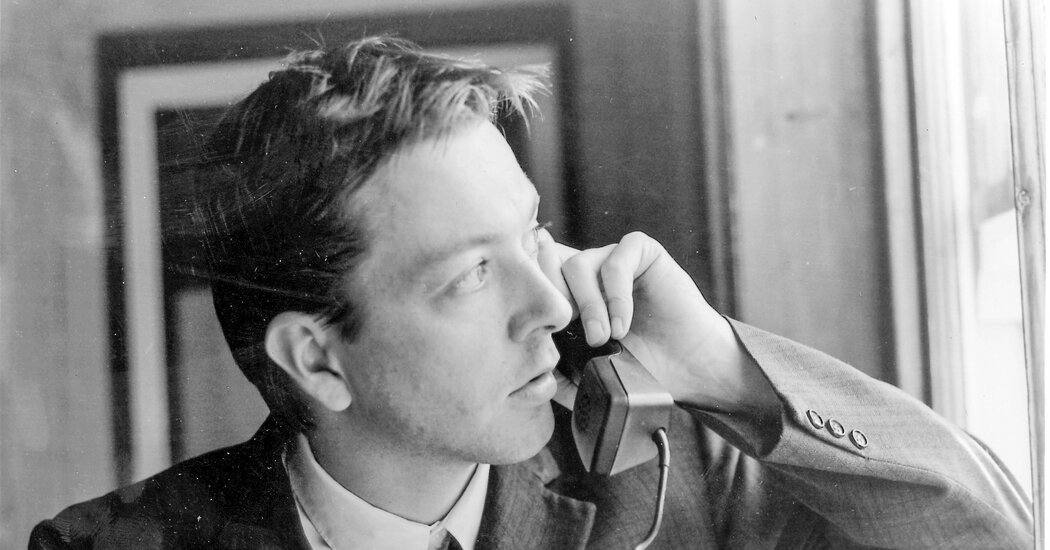 Television|What’s on TV Friday: ‘Following’ and ‘The Roads Not Taken’

FOLLOWING (1998) Stream on Criterion Channel and IFC Films Unlimited; rent on Amazon, Google Play, iTunes and YouTube. When hardy audiences trek to theaters to see Christopher Nolan’s latest mind-bender, “Tenet,” in theaters next week, they can expect two things: masks in the movie house and puzzles on the screen. For that has been the Nolan way for nearly two decades: In 2001, Nolan’s “Memento” offered “a series of clever epistemological puzzles,” A.O. Scott wrote in his review for The New York Times. Nolan’s film “The Prestige,” from 2006, “has a satisfyingly puzzlelike structure,” Scott wrote in his review. The filmmaker’s 2010 dream-hopper, “Inception”? It “trades in crafty puzzles,” Scott wrote. “Interstellar” in 2014? “Tantalizing puzzles,” Manohla Dargis wrote. All echo “Following,” Nolan’s 1998 debut feature, which gave a taste of his knack for cinematic discombobulation. Shot on a shoestring — the cost of making “Following,” reported to be in the low thousands, was surely less than the hair gel budget delegated to the men of “Inception” — the film plays fast and loose with chronology, telling the story of a young Londoner (Jeremy Theobald), whose hobby of tailing strangers leads him to the city’s criminal underbelly. In her review for The Times, Janet Maslin called the movie “a black-and-white film noir with a difference,” writing that “the usual elements of scheming and deception are well represented here, but they are made all the knottier by shifting time frames.” And, she noted, the story “offers plenty of intriguing puzzle pieces.”

THE ROADS NOT TAKEN (2020) Stream on Hulu; rent on Amazon, Google Play and YouTube. Christopher Nolan bends his movies’ realities to create highbrow action; In “The Roads Not Taken,” the filmmaker Sally Potter bends reality to explore memory loss and grief. The movie stars Javier Bardem and Elle Fanning as a father and daughter in New York. He’s suffering from a disease of the mind; she takes care of him, even as she denies the severity of his condition. The plot follows them, while also splintering into alternate realities dreamed up by the besieged mind of Bardem’s character.

BETH STELLING: GIRL DADDY Stream on HBO Max. The comedian Beth Stelling’s writing résumé includes work on the 2019 comedy “Good Boys” and Pete Holmes’s HBO show, “Crashing.” But she hasn’t had her own full stand-up special before. That changes with “Girl Daddy,” in which Stelling discusses subjects like relationships (“It always amazes me whenever my sister gets married”) and chauvinism.

GREAT PERFORMANCES: VIENNA PHILHARMONIC SUMMER NIGHT CONCERT 2019 9 p.m. on PBS (check local listings). Last summer, across the Atlantic and a world away from the present, two classical music superstars — the conductor Gustavo Dudamel and the pianist Yuja Wang — joined the Vienna Philharmonic at its annual outdoor performance on the grounds of Schönbrunn Palace. The concert, presented in filmed form by PBS, included works by Bernstein, Gershwin, Chopin, Copland and others.