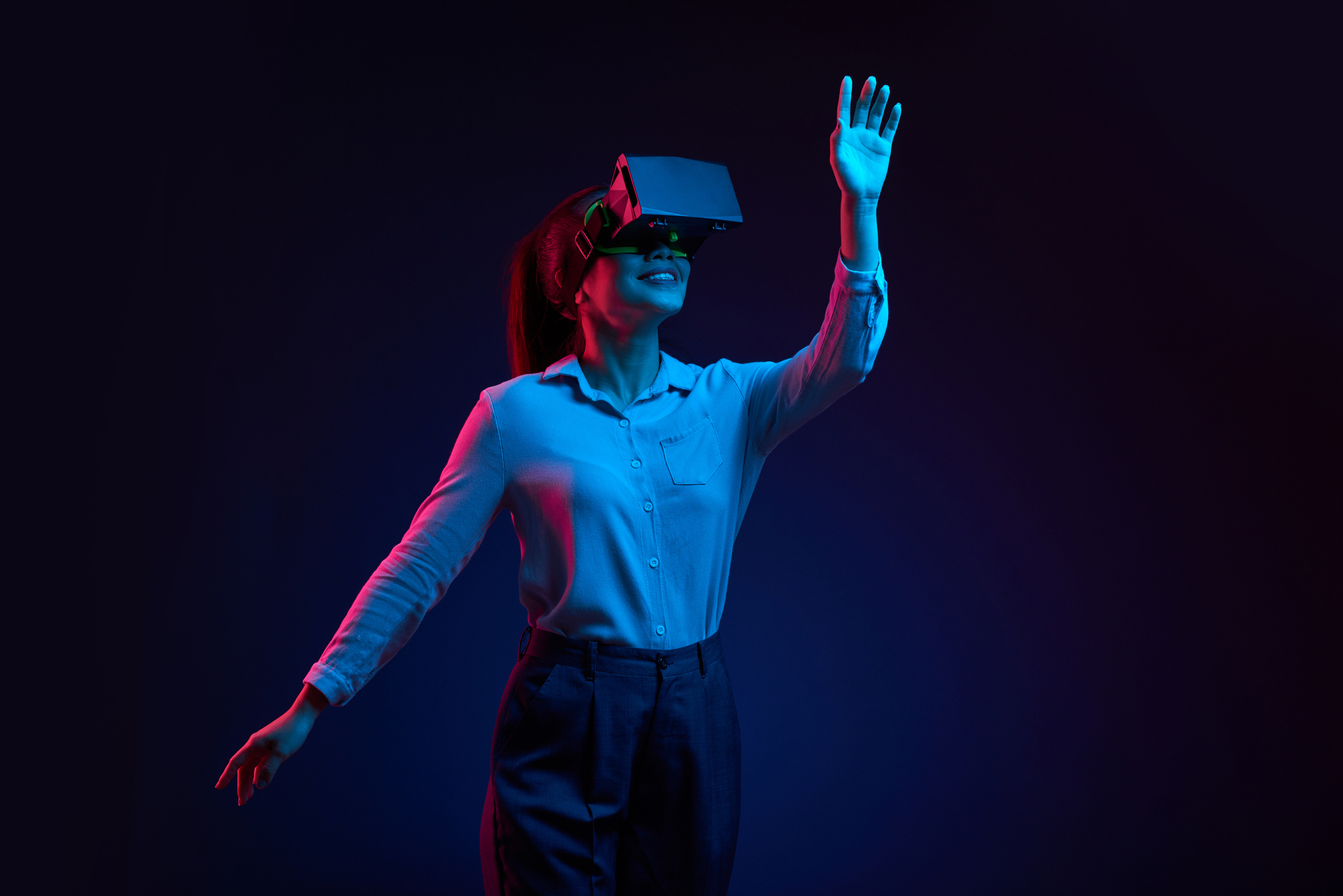 Depending on who (and when) you asked, you might have heard virtual reality (VR) described as either “the next big thing” or “dead in the water.” The technology generated huge excitement in the lead-up to its major consumer debut, but was quickly written off in some quarters after hardware sales fell short of expectations. The platform now seems to be on the verge of getting its second wind, and momentum has recast claims of the display medium’s demise as premature — but there’s still plenty of debate about what comes next.

Schell Games is the studio behind popular VR software including I Expect You to Die, a game that sees players assume the role of a secret agent trying to escape from a variety of traps — and a title that many critics have hailed as one of the standout exclusive virtual reality experiences. I had the opportunity to ask the company’s CEO, Jesse Schell, questions via email about the current VR market and what the future might look like. Read on for an insider’s take on where virtual reality is heading and what will push it to the next level. 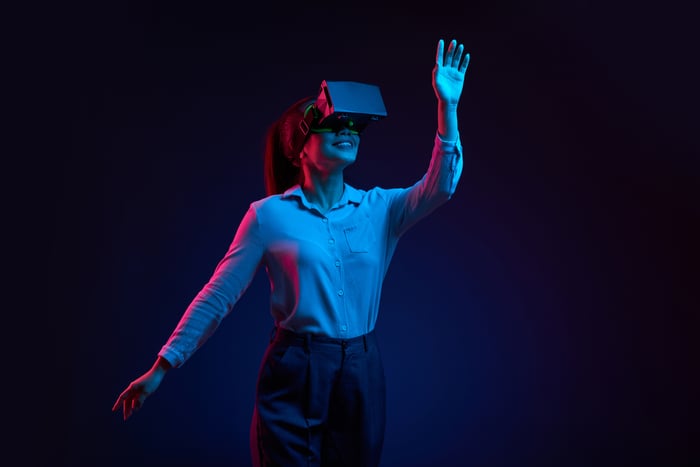 What’s on the horizon for VR?

The current batch of high-end consumer virtual reality headsets started hitting the market in 2016, but the technology platform got off to a slower-than-expected start due to high hardware prices and a shortage of must-have exclusive content. However, VR seems to be picking up steam again. Facebook‘s (NASDAQ:FB) Oculus Quest is off to a strong start, upcoming exclusive games like Half-Life: Alyx have prompted a significant uptick in headset sales, and developers and platform owners appear to be addressing many of the issues that have hindered virtual reality’s growth.

I asked Schell what he sees as the big challenges for the virtual reality market and what major catalysts will push the medium closer to mainstream adoption. Here’s what he had to say:

We’ve already learned games will be the primary driver of the virtual reality market. Now the question is, what features and price point are required for a VR platform to succeed in the consumer market? So far, the important factors seem to be convenience, hand tracking, and a low price point. The only system so far that checks all of these boxes is the Oculus Quest, and if this system takes off (and it looks like it might), it will be very influential in shaping the future of the VR marketplace.

Schell expects that Oculus Quest will have sold roughly 4 million units by the end of 2020 and thinks that other headsets with similar feature sets will hit the market this year — ticking the convenience, hand tracking, and price-point boxes that he views as central to VR’s success. With regard to business applications for virtual reality and augmented reality, he expects that “we’ll continue to see a lot of rich experimentation in both the VR and AR markets, since enterprise is less price sensitive, and more feature sensitive.”

The relationship between VR and AR and the importance of gaming

While virtual reality has long been viewed as something of a technological holy grail, excitement in some corners of the tech industry seems to have shifted toward augmented reality (AR). Some analysts and industry watchers believe that AR has greater potential because it’s more social, while VR is perceived to be more isolating because it typically transports users to virtual worlds and shuts out real-world surroundings.

I asked Schell to what extent he views VR and AR as competing or complementary platforms and also to weigh in on the perception that VR is “isolating” while AR is “social.” He said:

So far, the technologies used to implement VR and AR systems have been very different. VR has an obvious killer app: games. For AR, the killer app is less clear. For AR, systems like HoloLens and Magic Leap will continue to be useful in the enterprise space in the near term, but in the consumer space, by 2025, I predict we will see AR take a surprising turn: VR headsets will use on-board stereo cameras to deliver a high quality, low price AR experience. This will allow anyone with an inexpensive VR gaming headset to enjoy high-quality AR experiences, as well.

As for the question of whether VR is isolating and AR is social, there is some truth to it, just as books are isolating, and TV is social. However, VR games can be very social just as any online computer game can. They haven’t yet because we haven’t reached the magic number of 10 million. When there are less than 10 million of something (like VR headsets in 2020), probably none of your friends have it. When there are more than 10 million, probably one of your friends has it. Once a single VR platform crosses the 10 million threshold, social effects will start to take place that will multiply the growth and popularity of that platform.

Schell expects that gaming will account for the majority of revenue in the VR space and draws a comparison to the app market, where that is the case. He anticipates that demand for applications for training, education, communication, shopping, and other purposes will benefit from the market foundations created by affordable VR gaming systems.

But while the gaming-company executive drew a comparison between the VR market and the app market, he doesn’t see virtual reality headsets that use cellphone screens for displays pushing the tech platform forward:

Technologies that exist outside your pocket tend to diverge and diversify over time. Technologies that live in your pocket (phones, Swiss-army knives), tend to converge over time. Using a phone for VR (which phones were never designed for) is a kind of hack to do VR on the cheap. The three key factors for a successful VR system are low price point, hand tracking, and convenience. So far, phone-based VR only checks the low price point box, and I believe we will look back on it as a short-lived stopgap solution. 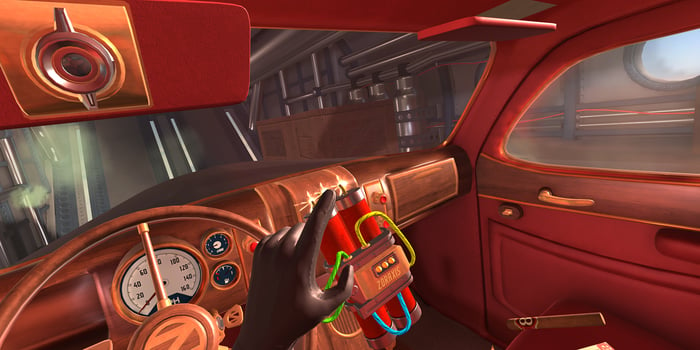 With video games serving as the core catalyst for driving VR adoption, it’s noteworthy that console competitors Microsoft and Sony seem to have pretty different reads on the future of the virtual reality market. Microsoft has indicated that it’s not seeing much demand for VR features and content for its next-generation Xbox, while Sony is enthusiastic about the new medium and looks set to give it a big push with the next PlayStation console. Schell provided some insight on why that might be the case.

My guess is Microsoft feels its HoloLens development already checks the “VR/AR R&D [research and development]” box for its company, and if it sees the consumer market take off, it can enter late, and still be very successful by leveraging both the Xbox and HoloLens together. Sony, on the other hand, has always been oriented toward innovating in the consumer hardware space, and so taking the lead in consumer VR makes sense for them.

Wrapping up, I asked what’s next for Schell Games and what’s exciting Schell’s studio most about virtual reality. Here’s his response:

We have already created over a dozen VR games and apps. We’ve had a lot of success with entertainment games like I Expect You To Die (our secret agent escape-room game) and Until You Fall (our sword fighting game), but we have also been creating educational VR experiences, like HoloLAB Champions (a VR chemistry lab) and HistoryMaker VR (a history education experience).

We are very excited to be present at the start of a new medium — VR is now where personal computing was in the early 1980s — it was expensive, and people weren’t sure it was going to stick around, but those who saw the promise early were able to change the world.

VR is just getting started

As Schell points out, virtual reality is still at an early stage. The medium has tremendous potential and could open the doors for a wide range of new experiences and applications, but the relatively nascent state of the market makes it difficult to predict exactly where it’s heading.

It’s reasonable to expect that there will be some major twists and turns in VR’s progression, but there’s also a good chance that continued hardware and software improvements and an expanding breadth of content will propel the market to substantial long-term growth.