Thanks to some questionable leaks, we’ve already begun thinking beyond the upcoming Pixel 4a and onto Google’s next flagship Android, the Pixel 5. Google’s Pixel phones have been competing as “flagships” since 2016, but buying a “flagship” in 2020 can now set you back well over $1,000. What would happen if Google stopped chasing “flagship” specs with this year’s Pixel 5 and made something entirely different?

Every year, Google’s mainline Pixel phones are typically released in October, eight months after the latest Qualcomm Snapdragon chips arrive in competing phones — or to put it another way, only four months before Samsung releases a Galaxy S series phone with the following year’s chip.

This scenario played out again earlier this week with the formal announcement of the Samsung Galaxy S20, which features significantly upgraded performance compared to the Google Pixel 4. When you consider that both phones are flagships released within four months of each other, with only a $200 difference between them, the Google Pixel 4 is wildly outclassed by the Galaxy S20.

But Google did something different last year, something fantastically opposite. With the release of the Pixel 3a, Google put its top-tier software into an affordable, $399 package that could deliver near-equal camera quality to its Pixel 3 flagship. In fact, despite not running on a “flagship” chip, anyone who has used one can tell you that the Pixel 3a still has good enough performance, as we mentioned in our review:

The step down from Snapdragon 845 to Snapdragon 670 is not one that I can honestly say has inhibited the overall experience and ‘feel’ of each device.

And it worked. While Google doesn’t release proper sales numbers for the Pixel line, the company reported that “overall Pixel unit sales in Q2 [2019] grew more than 2x year-over-year,,” thanks to the Pixel 3a. 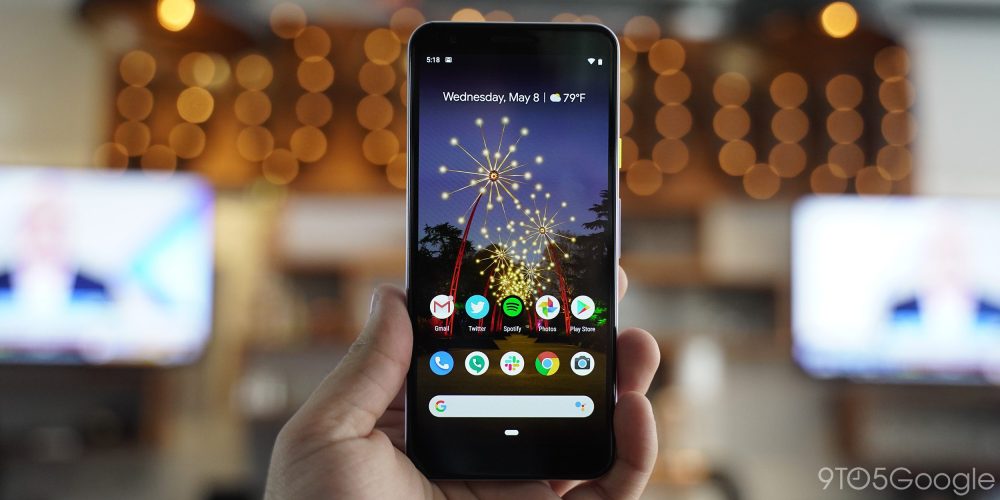 So then, what if Google applied the success of the Pixel 3a to their mainline Pixels? Instead of continuing to fail in the annual cycle of spec chasing, what if the Google Pixel 5 sought to be a more accessible “flagship,” bringing performance good enough for most people?

We may not have to wonder for very long.

Recently, evidence came to light of three internal codenames that we currently believe are upcoming Google Pixel phones. One is reported to be the Pixel 4a, which should launch in a few months, while the other two are still something of a mystery. Importantly, those two mystery devices — Redfin and Bramble — were shown to be using the upper-mid-range Snapdragon 765 processor.

But instead, we see Google has two devices in development with the lesser Snapdragon 765, found on phones like the recently released Redmi K30 5G. We don’t have any evidence to say these are or are not the Google “Pixel 5” and “Pixel 5 XL,” but let’s imagine for a few minutes that they are.

For the past few months, starting with the 2019 Made by Google event, Google has been advocating for something it calls “Ambient Computing.” The goal of Ambient Computing is to be able to deliver a consistent experience across the variety of devices in your daily life. Instead of considering which device may be the best tool for the job, you can just use whatever device is nearby. 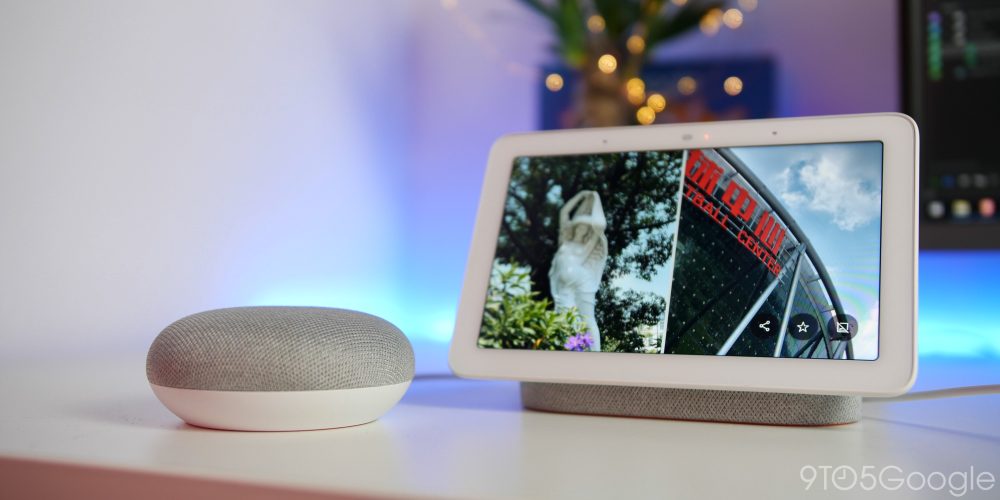 That daily consideration led to smartphones becoming shoehorned into an almost indispensable multi-tool, both capable of and necessary for many tasks. As more of those tasks become able to be just as easily accomplished from any device, especially via the Google Assistant, the smartphone would no longer need to be the focal point of the average person’s tech arsenal.

In Google’s Ambient Computing world, having the best possible phone becomes irrelevant. By that thinking, there wouldn’t be a need for the Google Pixel 5 to have “flagship” specs.

From the get-go, the Pixel series has been framed by Google as a line of “premium” smartphones, and using a weaker chip wouldn’t necessarily change that. Pixels already have the best of the best in Android software. Paired with the same high-quality external materials such as the “soft touch” glass found on the Pixel 3, any phone would be recognized as premium, even with lower specs. 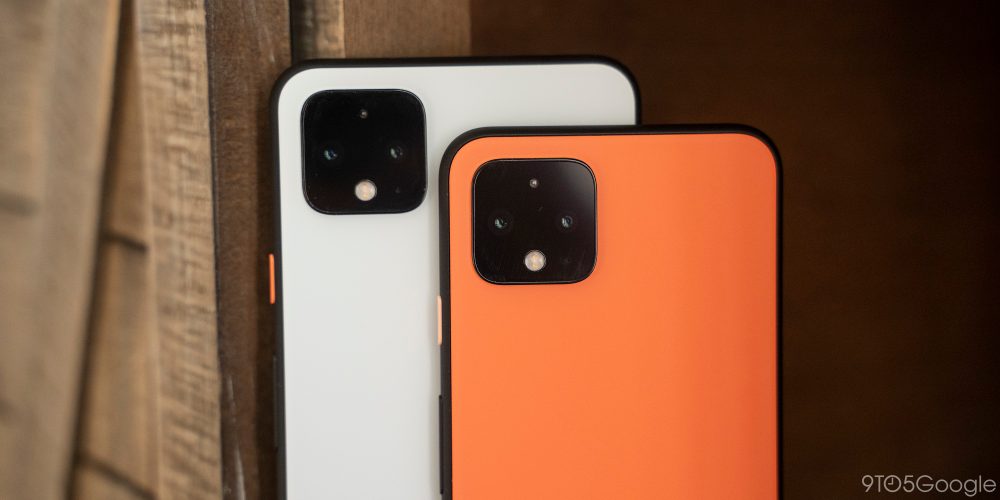 Of course, the most obvious motivation for moving away from flagship specs is to cut costs. The average price for a “flagship” phone has been steadily increasing over the past few years with no signs of stopping. Particularly for Google, many complained about the Pixel 4’s launch price — a situation only made worse by steep Black Friday deals a month later.

For 2020, Qualcomm escalated the cost of smartphones by jumping on the 5G hype train and bundling the X55 5G modem with the Snapdragon 865 and integrating 5G into the Snapdragon 765. While the exact difference is currently unknown, there’s no doubt that including a 5G modem will drive up costs for this year’s flagships versus last year’s 4G-only models. This is especially punishing for those who live in areas that do not have 5G and are effectively paying extra for a feature they cannot use.

By using the lesser Snapdragon 765 instead, this hypothetical Google Pixel 5 could still deliver on the promises of 5G and more, but at an accessible price point.

Last year, Google sought to bring innovation to the smartphone scene with the introduction of Motion Sense, taking advantage of its Project Soli efforts. While the overall usefulness of it on a phone is still debatable, the Made by Google team is proud of Motion Sense, even recently launching it into Japan.

However, Project Soli was still a bleeding-edge technology last year, requiring specialized sensors, which no doubt added to the Pixel 4’s overall cost. By using a more affordable processor, the Pixel 5 could be a vehicle for further innovations while staying reasonably priced.

But what kinds of innovations could we expect from this Pixel 5? Soli has already been tried — and could even return — but what about something novel? Google ATAP’s only other public project, Jacquard, doesn’t seem like a good fit for a smartphone yet. Whatever Google may decide to do, I’m genuinely excited to see it.

Putting it all together, it’s quite possible that the Google Pixel 5 could forsake the title of “flagship” Android phone. Instead of competing with the Galaxy S20 series, Google could try to carve its own path with a more accessibly priced device that helps drive its ambitions for Ambient Computing.

With the cost of a flagship smartphone now firmly in $1000-plus territory, combined with premium tech being a modern status symbol, an upper-mid-range but still premium Pixel 5 could make a lot of sense.

The biggest question is how Google would convince us to purchase this less-than-flagship phone. On specs alone, this phone would have worse performance than the Pixel 4, which makes for a hard sell for anyone to upgrade. Google would need to sell this non-flagship Pixel 5 based on its further improved camera prowess and perhaps a one-of-a-kind feature like the Pixel 4’s Motion Sense.

What kinds of innovations and camera enhancements would this theoretical Google Pixel 5 need to have for you to consider buying it instead of a Galaxy S20? Let us know in the comments!