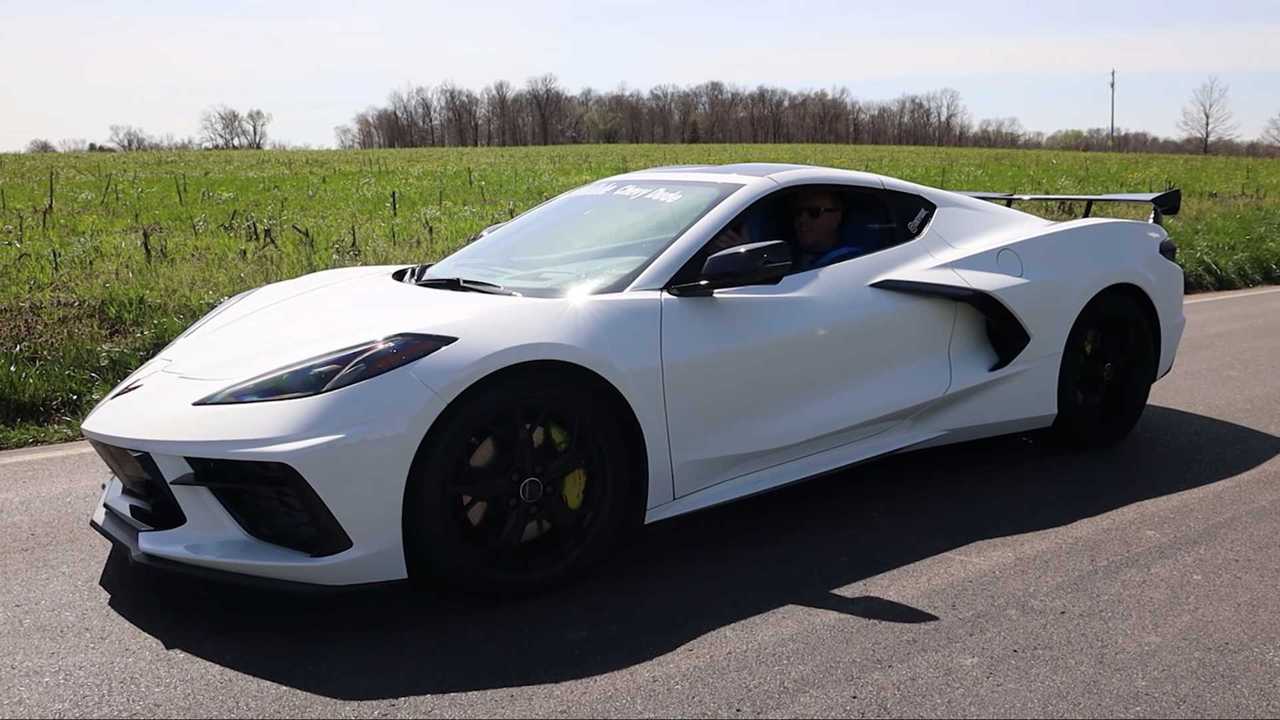 If you believe manufacturer estimates, the 2020 Chevrolet Corvette C8 can hit 60 miles per hour in 3 seconds. That’s an incredible feat for a vehicle whose base price is just under $60,000, and that estimate might even be a bit conservative, if this YouTube video from Mike Davenport (known as the Chevy Dude) is to be believed.

Davenport, who makes a living selling cars at Bachman Chevrolet in Louisville, Kentucky, is the proud caretaker of a 2020 Corvette C8. The lucky bugger also has access to a private stretch of straight, flat road that’s seemingly tailor-made for the Corvette’s launch control system.

With the Corvette’s drive selector set to Race, all the Chevy Dude has to do is stand on the brake pedal, mash the accelerator, wait for the engine speed to settle at 3,500 rpm, and lift off the brake. Chirping the tires slightly, the ‘Vette hustles its way to 60 mph in an astounding 2.7 seconds, as measured by the on-board Performance Data Recorder. For comparison, the Porsche 911 Turbo S we drove earlier this week is only marginally faster, hitting 60 in a factory-claimed 2.6 seconds. And the German machine starts at a breathtaking $203,000.

To be fair, getting the Corvette to do such tricks requires some optional equipment. The Z51 Package ($5,000) helps acceleration thanks to an electronic limited-slip differential, shorter rear axle ratio, and grippier tires. On top of that, the $1,895 Z51 Performance Suspension with Magnetic Selective Ride Control includes the Performance Traction Management system. Absent any other options, a performance-optimized Corvette 1LT could be had for as little as $66,890 – still one helluva high-speed bargain.

The Chevy Dude’s video comes with a few caveats. An especially grippy road surface, cool ambient temperatures, low humidity, and even an imperceptible downhill slope could all contribute to faster-than-expected acceleration. Plus, manufacturer estimates are traditionally conservative. Nevertheless, one could rationalize away all sorts of explanations, but a 0-60 time of 3 seconds (or less) is undeniably stellar.