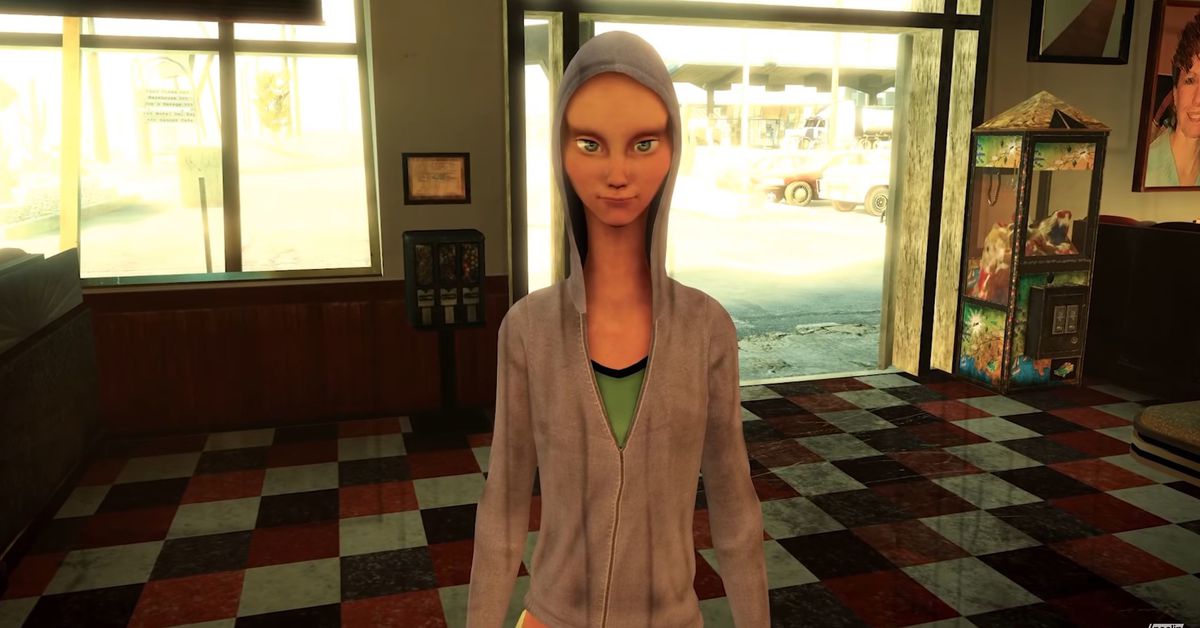 A documentary about the history of Arkane Studios was released on Tuesday. Produced by the team at Noclip, it includes footage from several unreleased prototypes — including a sequel to Half-Life 2. But one of the more interesting tidbits is a glimpse at a canceled game prototype made in partnership with legendary filmmaker Stephen Spielberg.

In the early 2000s, Spielberg signed on with Electronic Arts to make several video games, only one of which was actually released. Boom Blox went on to become one of the more critically-acclaimed puzzle games for the Nintendo Wii. The other game was … well, it wasn’t Boom Blox, that’s for sure.

Codenamed LMNO, it charged players with taking an alien named Eve on a road trip all the way across the United States. It was essentially a game-long escort mission with a non-verbal superhero as your sidekick. Bullet points included photorealistic graphics (for the time), hand-to-hand combat in the vein of the Jason Bourne franchise, and first-person parkour.

Most interesting of all, however, is Eve herself.

Initially players wouldn’t be able to communicate with the alien at all. Both Eve and the player could point at objects, and the alien also had an amorphous aura surrounding her that would change depending on her mood. The narrative of the game would have evolved based on how that relationship developed.

As art director Sebastien Mitton explains, the segment of the game that Arkane built took place in a recreation of the desert around Las Vegas, complete with a 1950s-style truck stop. The finished game would have included levels set all across the United States.

Our own features editor Matt Leone originally reported the story of LMNO at 1UP.com in 2010. However, that site is no longer online, making information on the game hard to come by. You can see more on LMNO, The Crossing, and other unreleased Arkane titles on YouTube.

These do not influence editorial content, though Vox Media may earn commissions for products purchased via affiliate links. For more information, see our ethics policy.