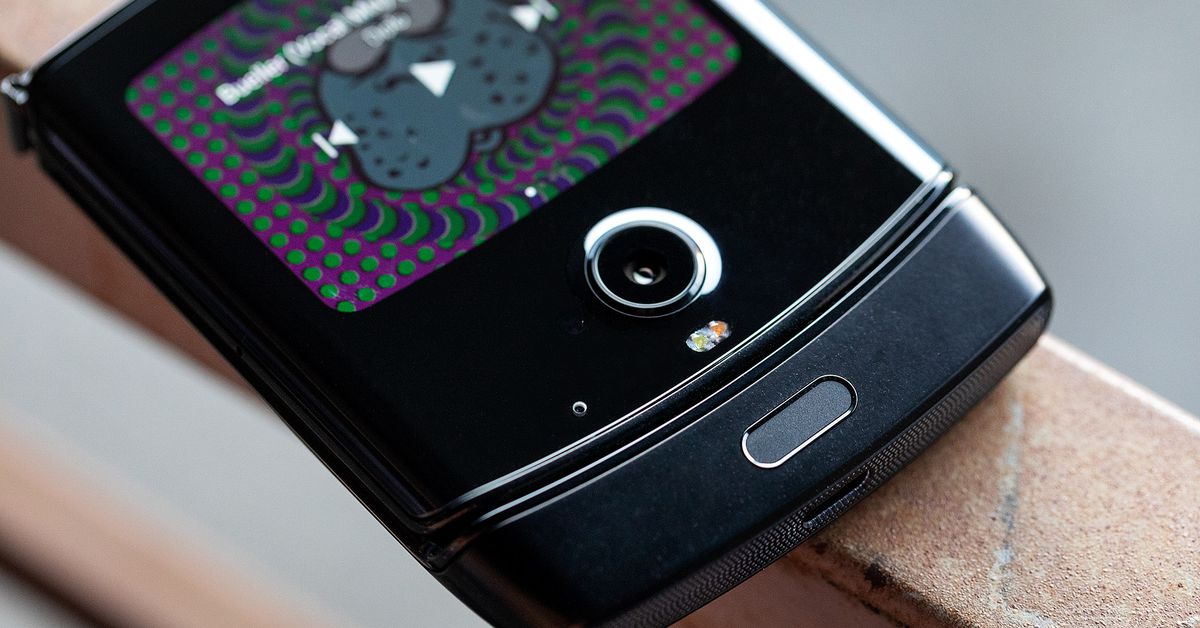 We’re still not sure when you’ll actually be able to buy Motorola’s re-imagined flip phone in stores, but we do have a brand-new video of the folding screen Motorola Razr for you to watch — because Motorola was apparently so unhappy with CNET’s original fold test, it decided to share a video it’s calling “The real razr flip test.”

The first thing you’ll probably notice is how slowly and surely Motorola’s robot flips that screen open and closed — you’ll only see them fold six times in this video. More importantly, Motorola’s bot doesn’t put any pressure on the hinge itself. It’s a gentle, bar-shaped hand nudging the screen open, and a second hand flipping it closed.

The reason that’s important is because CNET didn’t actually wind up destroying the Razr’s folding OLED screen — the publication wound up damaging the hinge, and it’s not clear whether that hinge damage was the result of CNET’s machine (borrowed from SquareTrade) being improperly designed or calibrated, or because there’s actually a flaw with the hinge in Motorola’s handset.

Motorola, of course, claims that CNET’s machine is the one to blame. Here’s a statement that Motorola sent us alongside the video link:

SquareTrade’s FoldBot is simply not designed to test our device. Therefore, any tests run utilizing this machine will put undue stress on the hinge and not allow the phone to open and close as intended, making the test inaccurate. The important thing to remember is that razr underwent extensive cycle endurance testing during product development, and CNET’s test is not indicative of what consumers will experience when using razr in the real-world. We have every confidence in the durability of razr.

But I have a hard time thinking that Motorola’s robot test tells us much more than CNET’s did. Even if the SquareTrade robot may have put too much stress on the hinge, Motorola seems to avoid stressing the hinge at all, and I’d imagine the reality would be somewhere between. A real human being could put some stress on the hinge — not to mention tossing it in pockets alongside dirt and debris.

It’s worth remembering that Samsung’s original Galaxy Fold needed to be redesigned partly because dust could get inside the hinge and damage the display, even though we’d seen Samsung’s robots fold it many times before, and after the company had felt comfortable enough to claim it would “outlast 200,000 folds,” or roughly five years of use at 100 folds a day.

And it’s not a great sign of confidence that you can’t yet find the Razr in stores, or that the company didn’t broadly seed it with reviewers ahead of launch day, or that — although Motorola says the phone’s screen should last at least two years — it says that “lumps and bumps” might be a normal thing to expect.