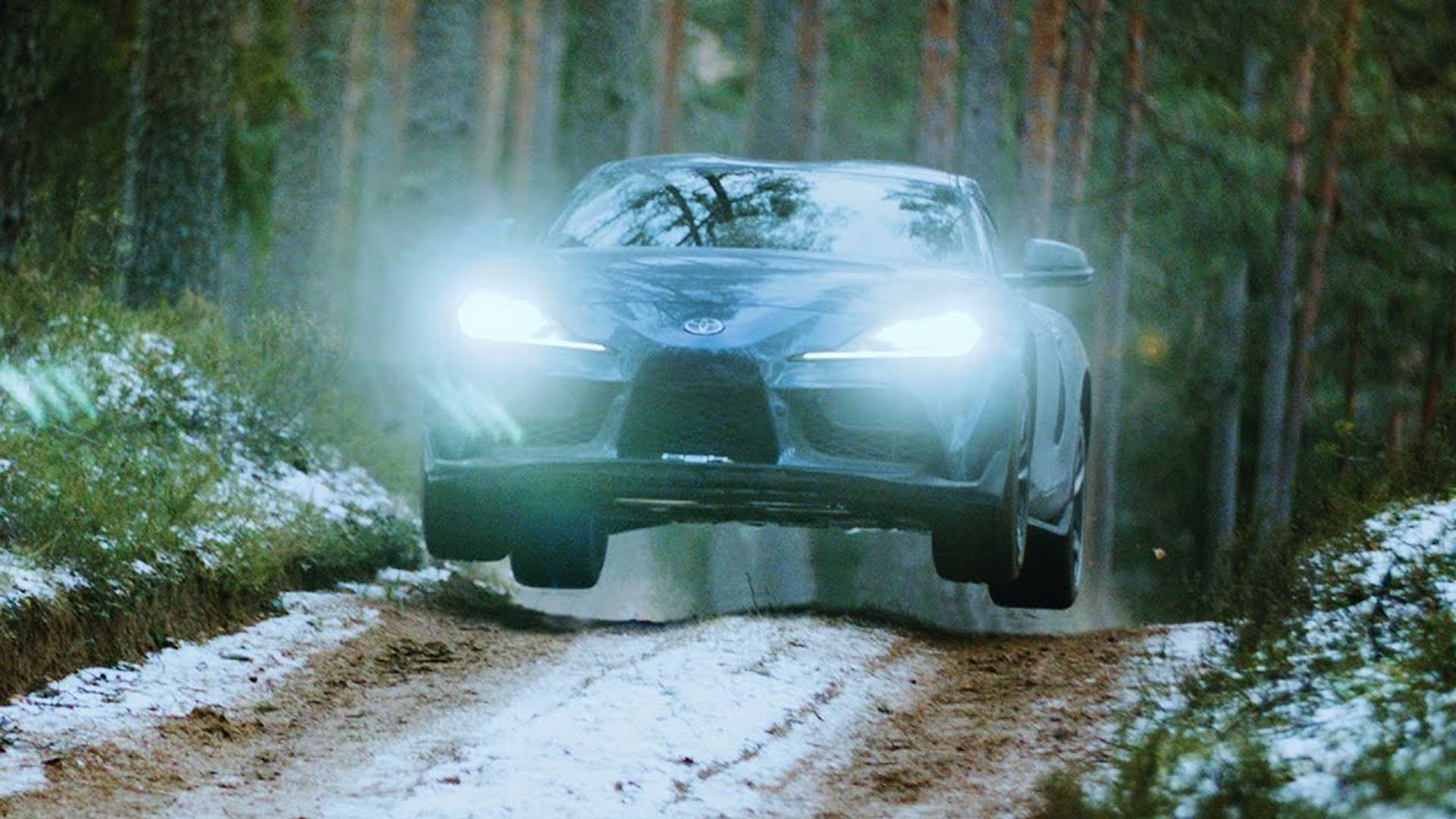 Toyota first hinted at a Supra successor 12 years ago with the FT-HS concept before trademarking the Supra name in 2010. Toyota then rolled out some concepts that remained as such until the 2019 Detroit Auto Show when the Supra officially – finally – returned. It’s powerful, pricey, and has a platform co-developed with BMW, but Toyota added its own personality to the car before rolling it out to customers. Now that it is out in the wild, there are some cool videos of the car, but the one above from the robyworks YouTube channel holds little back.

The video has the blue Supra rocketing through snow-covered woods on a narrow, rutted dirt path carved into the wilderness. It’s snowy and muddy, but the driver has no trouble sawing at the wheel to maintain control. The Supra crashes through potholes and water, spitting debris in the air before launching itself over a small hill that lets all four tires leave the ground. There’s even one point when it ventures a bit too far off the beaten path, the lower bumper scooping up a mound of dirt and grass.

The 2020 Toyota Supra uses a BMW-sourced 3.0-liter straight-six engine making 332 horsepower (250 kilowatts) and 365 pound-feet (495 Newton-meters) of torque. However, Toyota did build its suspension components from the ground up, giving the Japanese sports car a unique driving personality, and Toyota continues to work with BMW to improve the Supra, too. They have a team in Munich working with BMW even though Toyota is “wholly responsible” for the car’s chassis and tuning.

We see a lot of sports cars pushed hard, but it’s rare for us to see one so new taken out to play in such dirty conditions. Seeing the Supra slip and slide around with ease shows Toyota built a fun, powerful two-door sled that’ll only improve going forward. Toyota is making several changes to the 2021 model, including increasing the engine’s power to 382 hp (285 kW), which is the same output as the BMW Z4 M40 it shares its engine with.