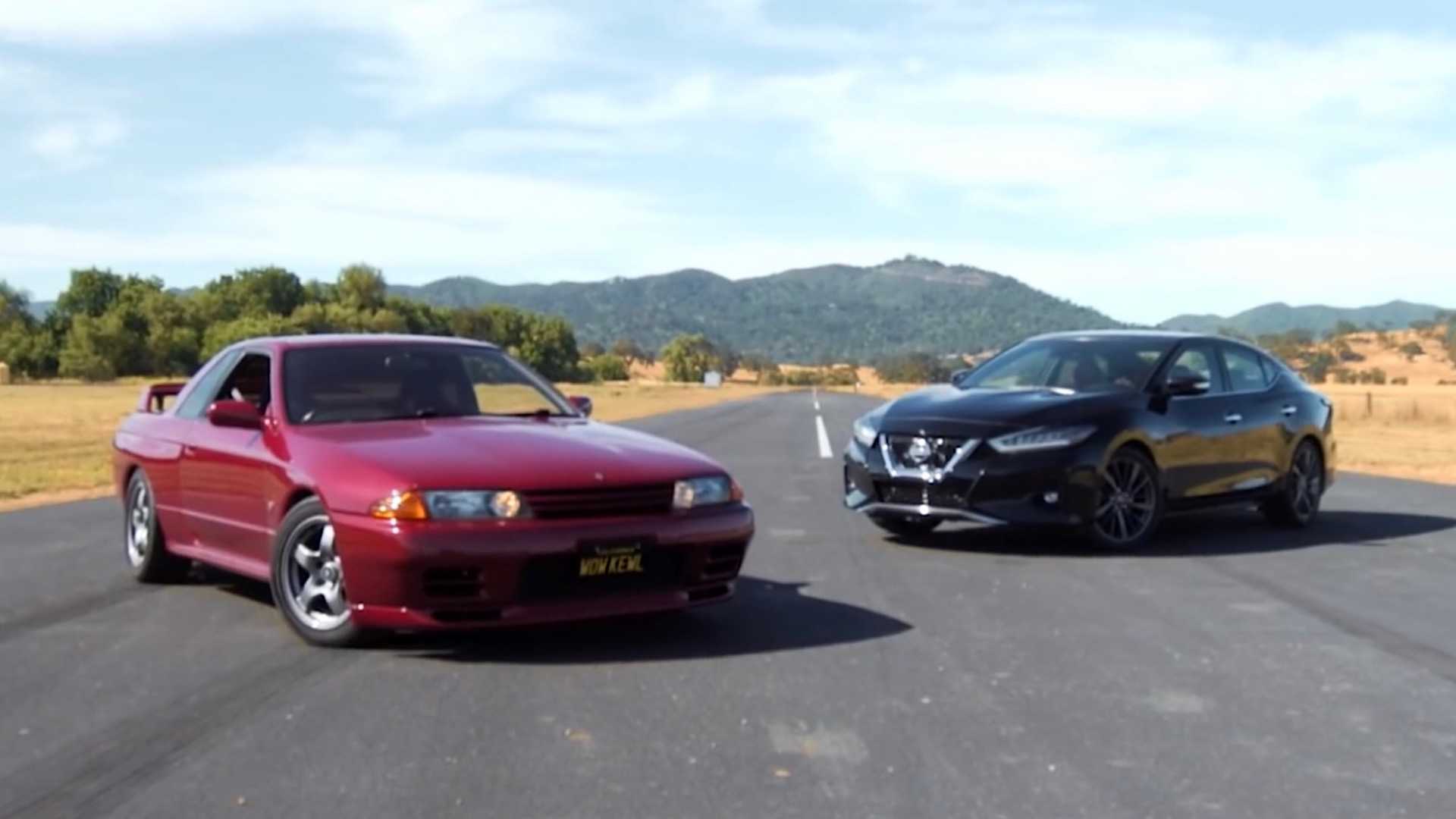 Yesterday’s supercars are as powerful as today’s family sedans.

Automotive technology has advanced significantly over the last 30 years. Cars today are safer, more powerful, and packed with technology. That’s put the most modest mainstream vehicle, the family sedan, on an even keel with supercars of the past. Exemplifying that is a new Hoonigan YouTube video pitting the 1990 Nissan Skyline GT-R R32 against a 2020 Nissan Maxima sedan to see which is quicker.

Don’t let looks deceive you as these two are more similar than you’d think. While the Skyline packs a 2.6-liter turbocharged mill making about 280 horsepower (208 kilowatts), the Maxima has a larger 3.6-liter naturally aspirated mill producing a similar 300 hp (223 kW). However, any resemblance between the disappears quickly beyond that. The GT-R features a five-speed automatic, all-wheel drive, and a curb weight of 3,153 pounds (1,430 kilograms). The Maxima sends power to the front wheels through a CVT. It weighs 3,676 lbs (1,667 kg).

Save Thousands On A New Nissan Maxima

The first race sees both cars getting terrible starts off the line; however, the GT-R is able to claw a small lead over the sedan, pulling ahead by several car lengths before crossing the finish line first. The second race is much closer. While neither launch was much better than the previous race’s start, it is much more even with the Maxima keeping the distance close between the two. In the end, though, the Maxima was unable to overtake the GT-R.

There’s a third race between the two cars, but it’s more for entertainment than scientific analysis. The two line up for a rolling race, though the GT-R has a handicap – an additional passenger. The race is even again, though the Maxima keeps its slight lead over the Skyline, earning the sedan’s only win. The race is a good reminder of how cars and technology changes, democratizing performance along the way.