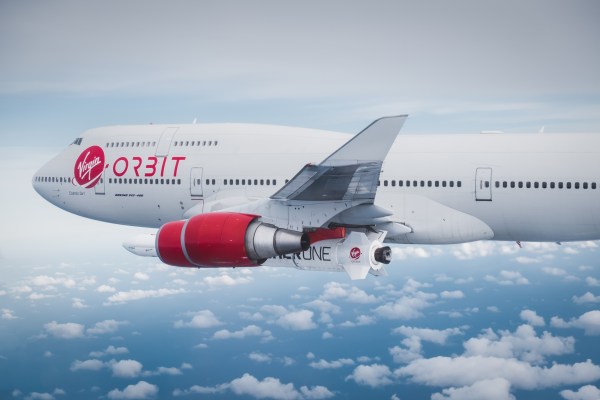 Small satellite launch company Virgin Orbit is teaming up with Israel’s ImageSat International (ISI) to develop a launch services that would be able to deliver small satellite-based Earth observation on remarkably short notice, basically anywhere in the world. This is a service aimed specifically at national security and intelligence customers, and combines the benefits of ISI’s remote sensing expertise and capabilities, with Virgin Orbit’s ability to launch on relatively short notice from basically any allied spaceport facility using its LauncherOne system.

LauncherOne uses a two-stage rocket to deliver small satellites (those weighing up to 660 lbs) to low-Earth orbit, after being deployed by a modified aircraft that takes off like a traditional jumbo jet. The LauncherOne vehicle then deploys from a high altitude, reducing the fuel costs of launch and making it possible to deliver small payloads to space for as little as $12 million per launch.

Because of its unique design, Virgin Orbit and ISI suggest that this is an optimal way to serve the needs of intelligence and defense customers who might have a need for satellite-based observation arise suddenly, and require immediate fulfilment in order to deal with a time-limited situation. It’s true that agencies like the National Reconnaissance Office (NRO) specifically seek vendors who can fulfil needs with a fast turnaround time, and specifically introduced a program called ‘Rapid Acquisition of a Small Rocket’ (RASR) to source these. Launch startup Rocket Lab announced that its first mission this year would be part of that program, and it’s a likely target for this cooperation between Virgin Orbit and ISI as well.

By offering essentially launch-on-demand capabilities combined with a full range of high-resolution imaging satellites, and analytics services for the resulting data, this definitely has the potential to be an appealing product for the national security industry. Virgin Orbit still has to clear the key hurdle of actually demonstrating a successful orbital launch, but that should take place sometime this year if all goes to plan.