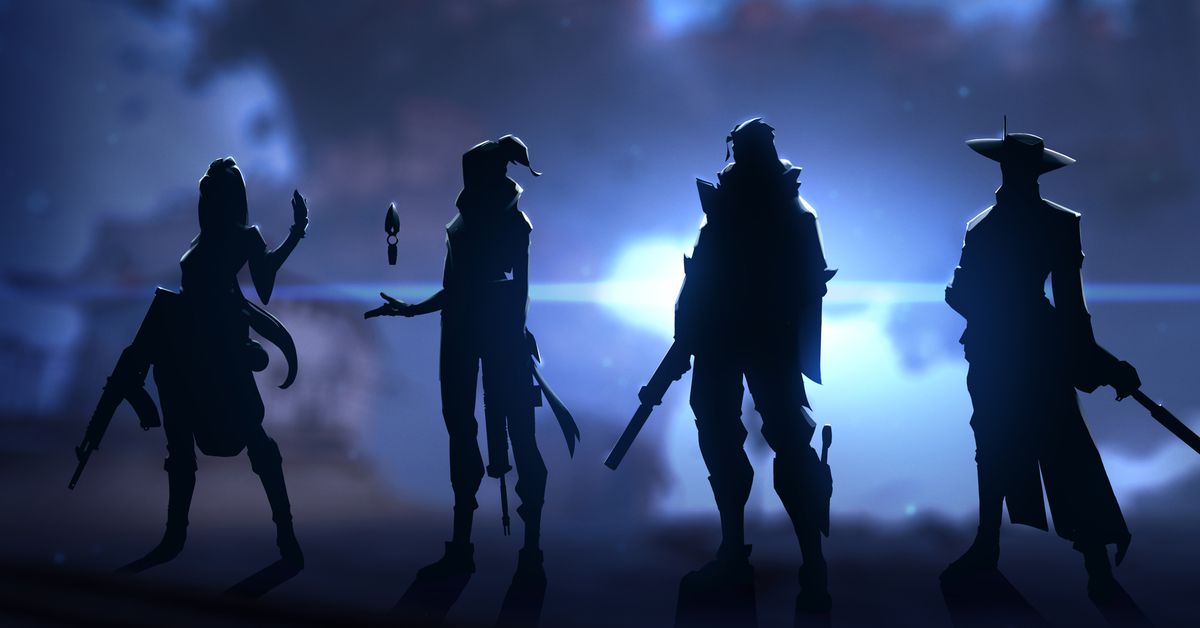 When Riot Games released League of Legends back in 2009, the MOBA genre was still small, and in need of a game to come along and define just how great it could be. But when Riot announced a shooter codenamed Project A in October 2019, it was wading into deeper waters. The shooter genre is already littered with games, from the culturally dominant to smaller cult favorites.

But just like it did with League of Legends, Riot is taking bits and pieces of the best games in the genre and turning them into something that feels completely new in Valorant.

Valorant is a competitive multiplayer first-person shooter. Riot calls the game a tactical shooter, putting it in line with games like Rainbow Six Siege and, most notably, Counter-Strike: Global Offensive.

Each match is five-versus-five with 25 total rounds, so the first team to take 13 rounds wins the match. The rounds go quickly — even a full 25-round match would last about 60 minutes. As with Counter-Strike’s signature game mode, one team’s goal is to plant a bomb (or as Valorant calls it, the Spike) while the other team attempts to stop them from planting. Alternately, either team can eliminate the other side to secure victory.

Each player only has one life per round. Any weapons will have to be bought at the beginning of a round, although they’re carried over from the previous round if you survived it. Unlike CS:GO, however, Valorant also features characters — called Agents — who each have unique abilities that players can use on the battlefield.

While any shooter with heroes can’t avoid Overwatch comparisons, Valorant is a tactical shooter first, and that means its characters and gameplay have some key differences from Blizzard’s more arcadey hero shooter.

The most noticable difference between Riot’s new shooter and Overwatch is that it doesn’t take long to kill or be killed in Valorant. Much like in CS:GO, there’s very little chance you’ll survive more than one shot to the head. This is true for almost all of Valorant’s weapons, which mostly include standard military fare: There are several varieties of assault rifles, submachine guns, light machine guns, shotguns, and sniper rifles. While the machine guns are more about spraying bullets than carefully aiming, the other weapons are almost all capable of one-shot kills (if you hit enemies in the head).

Again, everyone can die in the blink of an eye — there are no high-health tank characters in Valorant. While the Agents’ individual abilities may make them better suited for one situation or another, they all have the same amount of health, and identical hitboxes.

How do abilities work in Valorant?

While Valorant Agents and Overwatch heroes all have powers called abilities, they’re used differently in the two games.

Each Agent has one signature ability that they get at the beginning of every round for free, along with two other abilities that they’ll need to buy. (You buy them with in-game currency earned by doing things like getting kills and winning or losing multiple rounds in a row.) These purchasable abilities do carry over if the Agent dies before using them, however. There’s also an ultimate ability that is unique to each Agent; it’s charged by getting kills across multiple rounds.

In Overwatch, most of the game revolves around the heroes’ abilities and how they’re used. A team’s advantage is determined largely by how its members use their ultimate abilities.

In Valorant, abilities are important, but they won’t win a round for you. They’re meant to act as tactical options; they won’t replace your guns as the most important part of your arsenal. Being great with abilities is important, but it won’t save you if you can’t shoot. Meanwhile, if you’re a great shot, you could probably climb Valorant’s ranked ladder pretty high without ever worrying about abilities. But to reach the game’s highest level, you’ll have to master both abilities and gunplay.

Instead of simply giving characters extra damage or health, Valorant’s abilities focus on things like area denial. They might let you throw down a patch of fire, or a ground effect that slows anyone who walks on it. There’s also more traditional tactical shooter fare: abilities that temporarily blind enemies, and a few abilities that will lay down a smoke screen to cut off visibility of key choke points.

Brimstone, the most stereotypically grizzled military man among Valorant’s Agents, can open up a map and select where he wants his smoke grenades to go, cutting out the overcomplicated Counter-Strike skill of perfectly aiming your grenades. Sova, a tech-oriented scout, has a bow that can shoot a small radar arrow that briefly pings the location of enemies in small areas. He can also control a small owl-shaped drone to scout out locations himself. These bits of reconnaissance may not sound huge, but they’re more advanced intel than you can get in a game like CS:GO, and knowing where an enemy is standing can radically change the way both teams approach situations.

When I played the game, each of these abilities proved to be key to winning rounds, but they never felt like they took attention away from the skill of aiming or the rewarding challenge of Valorant’s gunplay. Most of the abilities in the game have to be equipped before you can use them, meaning that you’ll have to put your gun away if you want to activate them. More than once, this led to me walking through a narrow corridor and getting caught with an ability in my hand while an enemy made short work of me with their rifle.

This makes for a game with a more deliberate pace than Overwatch, which can frequently feel like high-speed chaos. But with colorful effects littering the map, and certain Agents using abilities like short-range dashes, it’s much quicker than something like CS:GO. Movement and positioning is critical in Valorant, with well-planned tactics required for success.

How does Valorant play?

In my time with Valorant, the start of a round always felt pretty similar to playing Counter-Strike, with slight twists. One is that both teams have a brief time before the round to gather in their respective areas, make plans, and get ready for the action. This is all similar to Rainbow Six Siege’s planning phase. Once the round begins, the attackers execute their carefully laid plans while defenders wait for the first sign of their assailants on each of the bomb sites, and each team uses the Agent abilities that can help them before the fighting starts.

Where Valorant feels like it breaks the tactical shooter mold is after the first kills start happening. Once there’s a death or two on either side, rounds become tightly wound chaos. Each side tries to anticipate the other’s next move and preempt it, almost like a League of Legends teamfight spread out over a whole map.

Abilities go off all over the map, and there’s the positioning of other players to worry about. There are sight lines to steer clear of, and your own positioning and aim to manage, too. Even with Agents dropping abilities all around me, by my third game I could read each ability as it came out, either from a visual or audio cue, and start reacting to how it would alter a teamfight.

Battles that might be over in an instant in a CS:GO match can last for 30 or 40 seconds thanks to Valorant’s abilities. In one fight, my teammates and I killed an overaggressive defender, then rushed a bomb point. But once we got in, we realized it was a trap. An Agent called Sage used an ability to create a wall blocking our only exit. My team’s Phoenix threw down a wall of fire in front of us, to obscure us from view, and our Jett used her extra-high jump to leap on top of the wall and take out two more defenders.

The defending team backed off, but not before picking off one of my allies with a few lucky shots through the smoke, leaving the defenders with just two players left and us with four. As we moved up to plant the Spike, the enemy team’s Brimstone blocked the planting area by calling down an orbital strike — his ultimate ability. While none of us were hit by the blast, it gave the enemy Jett just enough time to use her dash ability to flank us and kill three of us in a short burst. Our last remaining player took down the enemy Jett before she could win the round, and then planted the Spike; meanwhile, the other team’s Brimstone chose to hide, saving his gun for the next round. It’s dizzying at first, but once you’re familiar with the maps, each chaotic fight becomes much more tactical in Valorant.

Though all these flashing lights and abilities may give you Overwatch flashbacks, rest assured that Valorant never reaches that kind of speed or energy. Even the most disorienting fights in Riot’s game feel constrained and dominated by careful positioning and strategy. This is thanks to the sense of consequence that every action in the game has, since every death is capable of swinging a round.

With all of these different ideas working in concert, it would be easy to imagine Valorant feeling like something cobbled together from the pieces of every popular shooter over the last 20 years. But it never does. Everything meshes together perfectly so that the seams never show.

In my first couple of rounds I couldn’t help but ignore the game’s abilities, falling back on my CS:GO background and my aiming skills to carry me. But halfway through the match, I found myself naturally finding ways to use my abilities to cut off enemies from their team, or obscure choke points so my team could rush into a bomb site. By my second and third matches, it was hard to imagine going back to games where fast-paced abilities weren’t delicately mixed in with the careful positioning and twitch shooting that makes the tactical shooter genre great.