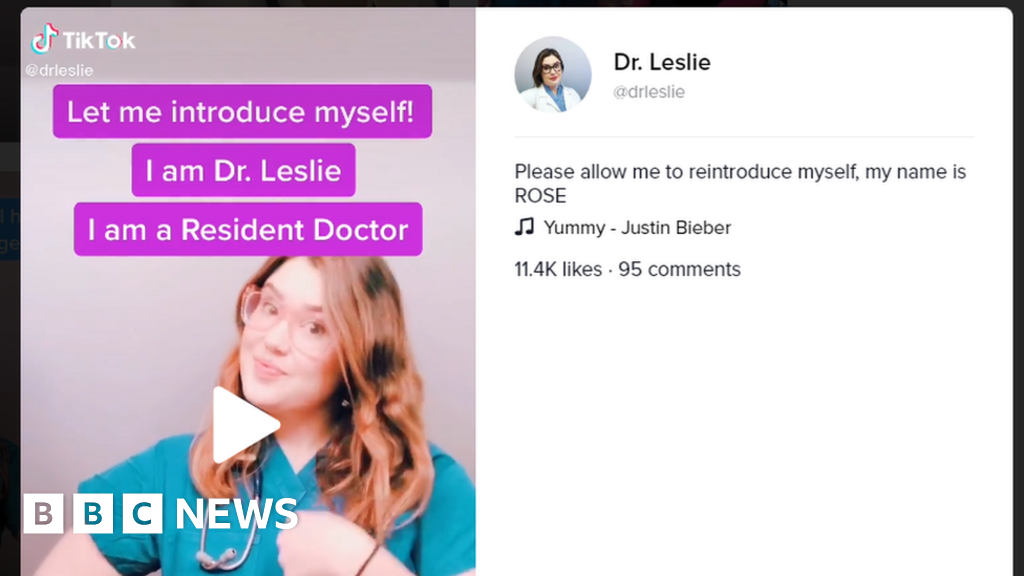 Viral videos made by US doctors and nurses made headlines this week after they were accused of being unprofessional and spreading misinformation.

One now-deleted TikTok (a social media platform popular with teens) video featured a nurse telling her followers that the way to avoid STIs was to abstain from sex before marriage.

In another, a nurse wrote: “Funny fact – when you give us a stool sample, we all LAUGH at how your smelly poop smells like a butt.”

Some videos spread to other platforms, including Twitter, and received millions of views.

“Some of these nurses are so unprofessional, I’m disgusted,” one Twitter user responded, while several medics published videos challenging their colleagues.

“Some health professionals and medical trainees have demonstrated activity and/or behaviour on social media that may adversely affect public health and public opinion of the medical profession,” the Association for Healthcare Social Media published in a statement on Thursday.

But TikTok videos can be a “great” way of providing health advice and medical information to teens and young adults, says Dr Rose Marie Leslie, a 29-year-old doctor in Minneapolis, Minnesota, who has a background in health education.

She says the vast majority of TikTok videos made by doctors are accurate and professional, and that the viral videos this week do not represent the norm.

Her videos are inspired by her shifts at the hospital (she spoke to the BBC hours after delivering a baby) or give general advice on health trends she sees at work, like a spike in flu cases.

Another doctor, a gynaecologist who calls herself Mama Doctor Jones with nearly 160,000 followers, posts about topics like how to choose a contraceptive, staying healthy while using tampons, and exercise during pregnancy.

Judging by the millions of views of doctors and nurses’ videos, health is a popular topic on TikTok.

“I get hundreds of messages from teenagers asking for videos on specific topics, or with questions they are too worried to ask their doctor,” Dr Leslie explained.

After posting about studies linking teen vaping to serious lung problems in the US, people messaged her to say the video inspired them to give up.

Medical misinformation is a problem on all social media, she says, and unprofessional videos like those that spread this week “need to be responded to”.

Her videos use evidence-based information and she includes links so viewers can check the source of the information.

One recent post debunked the belief that eating cheese and yogurt causes acne, citing data from the American Academy of Dermatology.

Some online have criticised medics who adopt the TikTok style of dancing to music in their videos while delivering a serious message about health.

“The TikTok spirit is fun – coming up with silly, funny dance videos. So I think physicians doing this are trying to keep that while also providing health information,” Dr Leslie argues.

Responding to the criticism of medics this week, she posted a video asking her followers whether they believe doctors should be active on social media.

“The comments have been positive, with people telling me it’s an easy way for them to learn something new and useful,” she explained.