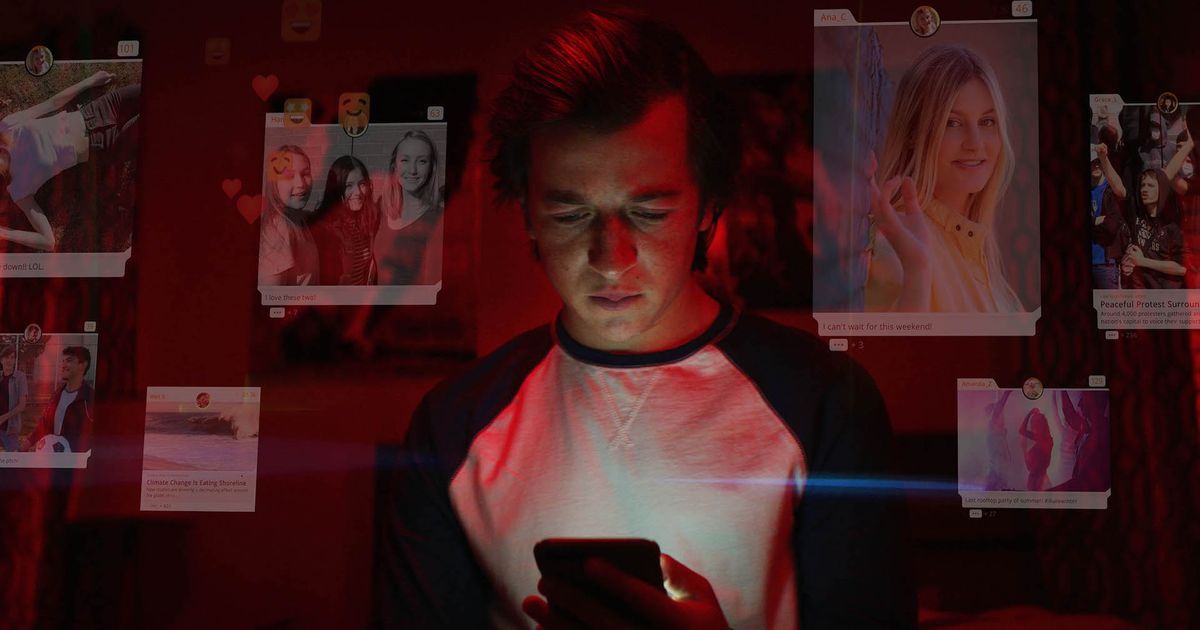 Cautionary tales about AI were all over Sundance screens this year, and not as sci-fi flights of fancy.

Two new documentaries, The Social Dilemma and Coded Bias, dig into the pitfalls of artificial intelligence as it currently exists — manipulating our social-media feeds, determining our financial or professional futures, surveilling us on the streets — and what they find isn’t pretty.

Of the two, The Social Dilemma feels broader in scope. Over 93 minutes, it touches upon surveillance, capitalism, addiction, and polarization; looks into social media’s detrimental effects on everything from self-esteem to democracy; serves up personal anecdotes and emphatic pleas and detailed data analyses. Any one of these topics could have made for a compelling documentary in its own right. Collect them all in one place, and The Social Dilemma can get to feel a bit unwieldy.

Maybe The Social Dilemma doesn’t have all the answers, but it’s a good start to figuring out the questions.

The film’s strength lies in the impressive array of talking-head interviews Orlowski has collected from tech-industry insiders and academics — including Tim Kendall, former president of Pinterest and former director of monetization at Facebook; Tristan Harris, the co-founder of the Center for Humane Technology described in archival news footage as “the closest thing the tech industry has to a conscience”; and Rashida Richardson, director of policy research at the AI Now Institute.

His subjects are clearly knowledgeable and passionate about the issue they’ve been tapped to address, and, in some cases, more than a little aghast at the system they themselves have helped create. When these people warn you that the AI employed by social media companies are smarter than you are, or point out the subtle design choices employed to make you click, or explain how Pizzagate got served to social media users who never even searched for it, you’re inclined to listen.

Less effective is a cheesy fictional vignette woven in throughout, following a teenage boy (Skyler Gisondo) who gets a little too hooked on social media. (Vincent Kartheiser has a triple role as the “algorithms” determining what he sees on his feeds.) The dialogue and acting have the stilted, generic quality of an educational video, which undermines the very urgency that the narrative is meant to emphasize.

Ultimately, though, Orlowski manages to build a strong case for simply being aware of how social media is hacking us, and why, and why it matters. By the time the film cut to archival footage of Mark Zuckerberg suggesting the solution to Facebook’s 2016 election woes was more AI, my audience knew enough to laugh derisively. Maybe The Social Dilemma doesn’t have all the answers, but it’s a good start to figuring out the questions.

It also serves as an ideal, if unintentional, jumping-off point to Coded Bias. Directed by Shalini Kantayya, the documentary begins with Joy Buolamwini’s realization as an MIT student that facial-recognition technology had a harder time identifying certain types of faces — like her own dark-skinned female one — and follows her down the rabbit hole to examine the serious consequences of that seemingly minor annoyance.

Kantayya delves into the very human biases baked into artificial intelligence by its largely white and male creators, and the problems that ensue when these black-box programs are assumed to be neutral: the violations of civil rights, the discriminatory decisions in hiring, housing, and criminal justice. Far from creating a more level playing field through impartial judgment, Coded Bias argues, AI has the potential to exacerbate existing inequalities.

Notably, Coded Bias is built around exactly the kinds of people disadvantaged by these AI issues.

Notably, the film is built around exactly the kinds of people disadvantaged by these issues. Almost all of the experts interviewed in the movie are women, including Weapons of Math Destruction author Cathy O’Neil (who also appears in The Social Dilemma), Big Brother Watch director Silkie Carlo, and futurist Amy Webb. We meet tenants of a housing project about to install facial-recognition software, and a beloved teacher who’s been fired after an algorithm deemed his performance poor, and a young woman navigating China’s state-run Social Credit System.

Through them, bias in AI becomes a concrete, human concern, rather than an abstract possibility. And through them, it becomes an issue to rally around. Without shying away the issue’s enormity or its devastating consequences, Coded Bias gradually works toward almost inspirational vibe, as Buolamwini and others get to work solving the problem they’ve identified.

We’re invited to share in her triumph when she gets the opportunity to testify before the House that “algorithmic justice one of the biggest civil rights concerns we have,” or Carlo’s when she teams with British politician Jenny Jones to bring a legal challenge against the London PD’s use of facial recognition cameras.

These victories prove essential in reminding us that something can be done. Not in the vague “somebody should do something” sense, but in the more concrete way of pressuring governments to pass laws regulating the use of algorithms, or calling out corporations using faulty AI to unjust ends. Hang on to the can-do spirit those little wins engender — as both Coded Bias and The Social Dilemma will tell you, we’ll need it to take on the massive amount of work still left to be done.