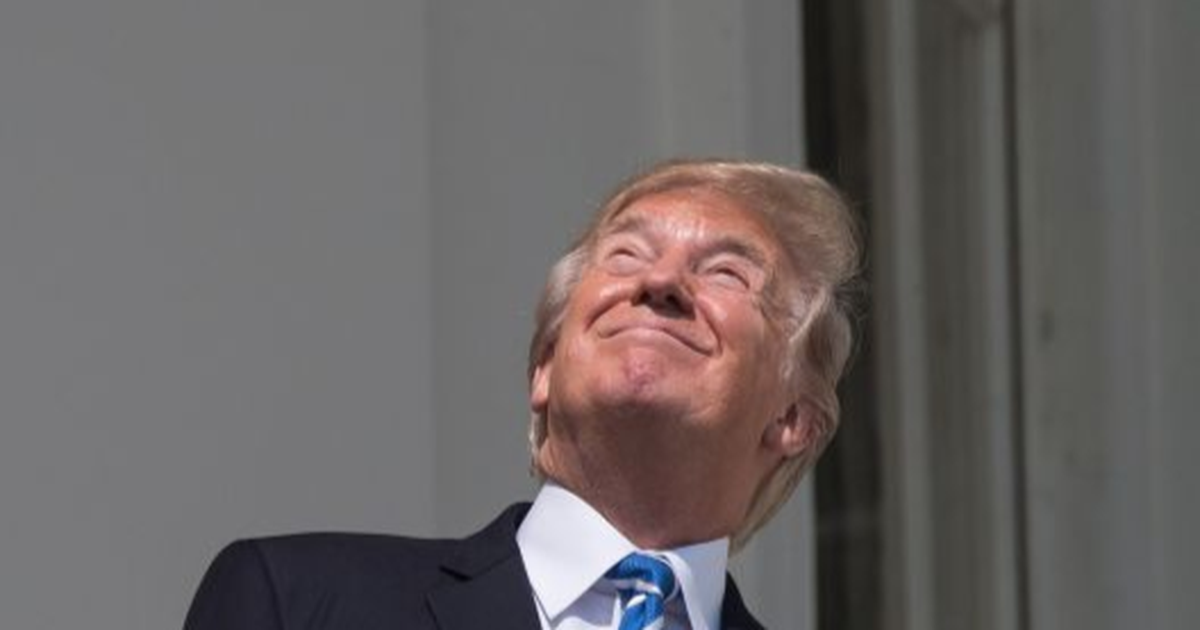 President Donald Trump is obsessed with IQ — has been for years — and he’s convinced smoking weed knocks you down few points.

Vice published leaked audio from a private donor dinner hosted by Trump in 2018, and a portion of that conversation revealed the commander-in-chief is pretty hesitant about the surging normalcy of legal cannabis.

“It does cause an IQ problem. You lose IQ points,” Trump says in the video.

The audio was secretly recorded by Lev Parnas, the associate of Rudy Giuliani who has found himself at the center of Trump’s ongoing impeachment saga. Parnas, founder of the hilariously named firm Fraud Guarantee, sparked the marijuana conversation, asking the president if he’d thought about “allowing banking in some of these states that allow cannabis?”

It takes Trump a moment to gather what, exactly, Parnas is talking about.

“You’re talking about marijuana, right?” Trump asks in the audio. “Why? You can’t do banking there?”

As Parnas suggests in the audio, banking services has been a major hurdle for legal weed businesses. Cannabis remains illegal on a federal level, which makes it hard for the businesses to acquire basic banking operations. The Senate has yet to vote on a House-approved bill called the SAFE Banking Act, which would give weed businesses access to banking services.

Following a few seconds of dinner-table crosstalk about weed and its merits, Trump dives back in.

“I don’t know if that’s a good thing or a bad thing,” Trump says at the dinner. “Do you think the whole marijuana thing is a good thing?”

Parnas calls it a “combination” and the “future,” before the president jumps in with his two cents about weed making you dumb.

“In Colorado they have more accidents,” Trump says in the video. “It does cause an IQ problem. You lose IQ points.”

It’s worth noting that the evidence is mixed concerning whether using cannabis can cause a decline in IQ for a young person’s brain. And states that have legalized have followed the drinking model: It’s legal for those 21 and older.

At the dinner on April 30, 2018, Donald Trump Jr. had a somewhat 420-friendly stance, pointing out alcohol can be worse.

“Between that and alcohol, as far as I’m concerned, alcohol does much more damage,” Trump Jr. says. “You don’t see people beating their wives on marijuana. It’s just different.”

Parnas concludes his pro-weed push by asking the president to start a presidential committee on cannabis. While the two are friendly in the video, those days are long gone. Parnas has since split with the president, releasing a trove of impeachment-related materials that, to put it lightly, haven’t been a good look for Trump.