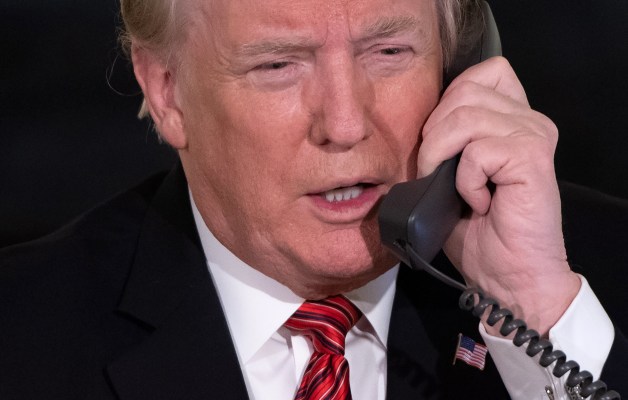 The new fiscal year 2021 budget proposal from the Trump administration would increase funding for research and development by $142 billion over the administration’s previous year’s budget, but will still reduce overall spending for science and technology from alternative proposals coming from the U.S. House of Representatives.

Basic science funding would be hard hit under the Trump administration priorities.

A rundown of all the programs that would be cut under the administration’s budget was published by Science Magazine; it includes:

However, certain areas where venture investors and startups spend a lot of time should see a funding boost. These include new money for research and development in industries developing new machine learning and quantum computing technologies.

Quantum information science is another area that’s set for a windfall of government dollars under the proposed Trump administration budget. The National Science Foundation will receive $210 million for quantum research, while the Department of Energy will receive a $237 million boost and an additional carve out of $25 million for the Depart of Energy to begin development of a nationwide Quantum Internet.

“Quantum computing, networking and sensing technologies are areas of incredible potential,” said Paul Dabbar, the under secretary for science at the Department of Energy.

As part of this development, Dabbar pointed to the work underway at the University of Chicago, where partners, including the Argonne National Laboratory, Fermi Laboratory and the university, have already launched a 52-mile quantum communication loop in Chicago.

There are plans underway to create six quantum internet nodes in the Midwest and another node in Long Island near New York City to create a Northeastern quantum network hub.

“This will be the backbone of a national quantum internet extending coast to coast and border to border,” said Dabbar. “If we don’t, others will do it,” he said. “China and the EU have announced plans for investments in the area.”

Space is another area where spending will see a boost, under the Trump budget.

A key part of the package is a 12% boost to the budget of the National Aeronautics and Space Administration, as the administration aims to get astronauts back on the surface of the Moon by 2024. In all, the new budget will add $3 billion to funding for NASA to develop things like human landers and other technologies to capitalize on the potential assets and strategic importance of space. In all, NASA will receive $25.2 billion, while the newly created Space Force will see an allocation of $15.4 billion in the new budget.

The budget will double research and development spending for quantum information science and non-defense artificial intelligence by the 2022 fiscal year, according to a statement from the administration.

Much of the administration’s budget seems focused on spending to catch up in areas where the U.S. may be losing its technological edge. China already spends tens of billions of dollars on research in both quantum computing and artificial intelligence.

While spending on quantum computing and artificial intelligence advances, the Trump administration continues to slash budgets in other areas dependent on scientific study — where the discoveries of the scientific community and their implications contradict the political wishes of the president.

That includes the Environmental Protection Agency, which would see its total budget slashed by 26.5% over the next year. The Department of Health and Human Services would see its budget allocation shrink by 9% — although the administration actually plans to avoid cutting the budget for combating infections diseases through the Centers for Disease Control and Prevention.

Few of these allocations will actually make it through the congressional budgeting process, since the Democrats control the House of Representatives and the most draconian parts of the budget proposed by the administration couldn’t even pass a Congress controlled by Republicans.