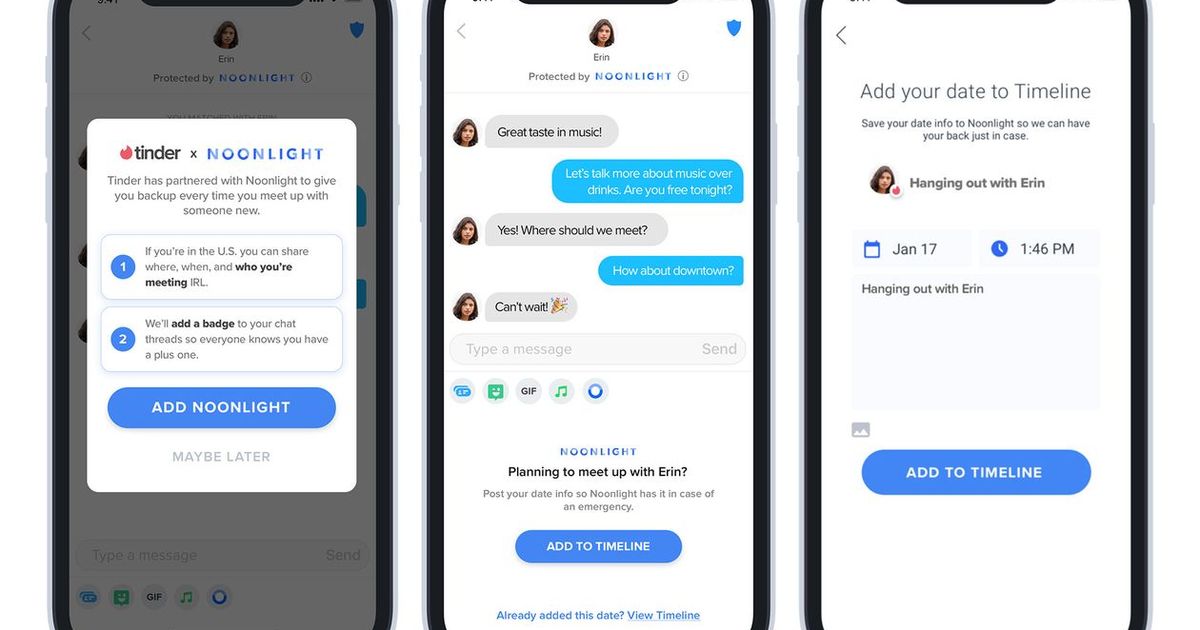 Tinder will roll out new safety features including a panic button and safety check-ins, according to a Wall Street Journal report. The move comes shortly after a ProPublica, BuzzFeed, and Columbia Journalism investigation that Tinder, along with other apps, does not screen for sex offenders.

The app is partnering with Noonlight, a safety app that tracks location of users and notifies authorities if there are concerns. According to the Wall Street Journal, Tinder has a stake in the app and a seat on its board.

So how will it work? Before going on a date, Tinder users can use the Noonlight integration to log information such as details on the person they’re going out with and where they’re meeting. Users can trigger an alert so police can come in an emergency — which at first glance seems rife for potential of false alarms — but Match says it has accounted for this.

“The false positives, believe me, we took them into account,” Match Group Chief Executive Mandy Ginsberg told the Journal. “If someone doesn’t respond, worst case someone shows up and knocks on the door. It’s not the worst thing in the world.”

In addition to the panic button, Tinder is establishing a photo verification system that will add verification check marks to people’s profile. If that reminds you of another app, you’re spot on: Bumble introduced verification several years ago.

That’s not all. Another new feature will detect “offensive” messages and ask users if they are “bothered” by them and be given the option to report the offending user, The Verge reported.

According to the Journal, Tinder’s Noonlight partnership is the dating app’s first move to monitoring their users’ real-time safety. Considering over 50 million people are on Tinder, it’s definitely a step in the right direction.