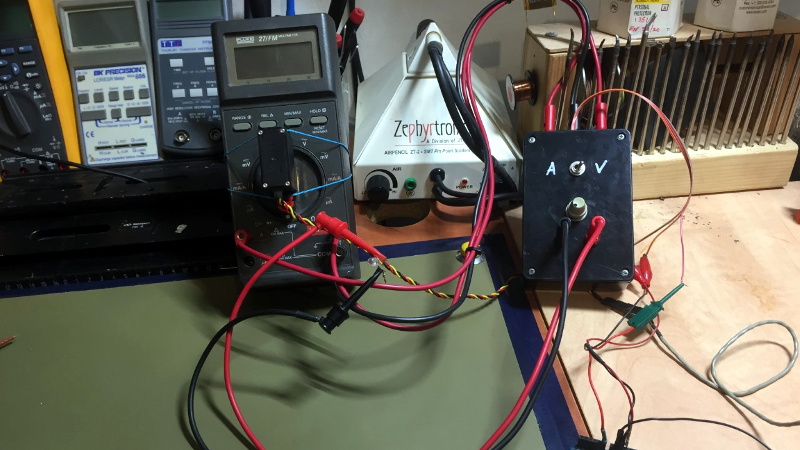 This tip comes our way courtesy of [Elad Orbach], who’s been experimenting with a device that uses a servo to turn the function dial on a multimeter. It’s something you can put together in a few minutes with leftovers from the parts bin, and as you can see in the video after the break, the basic concept seems to be sound enough.

As to finding a practical reason for spinning the switch on your meter with a servo, that’s left largely as an exercise for the reader. [Elad] hints at the possibility of using such a setup to help automate repetitive testing, which we could see being useful especially in combination with a foot pedal that allows you to switch modes without having to put the probes down. The same basic idea could also be helpful as an assistive device for those who have difficulty grasping or limited dexterity.

Whether top of the line or bottom of the barrel, the multimeter is easily the hardware hacker’s most frequently used tool (beyond the screwdriver, perhaps). We’ve seen plenty of projects that try to graft additional features onto this common gadgets, though automation isn’t usually among them.