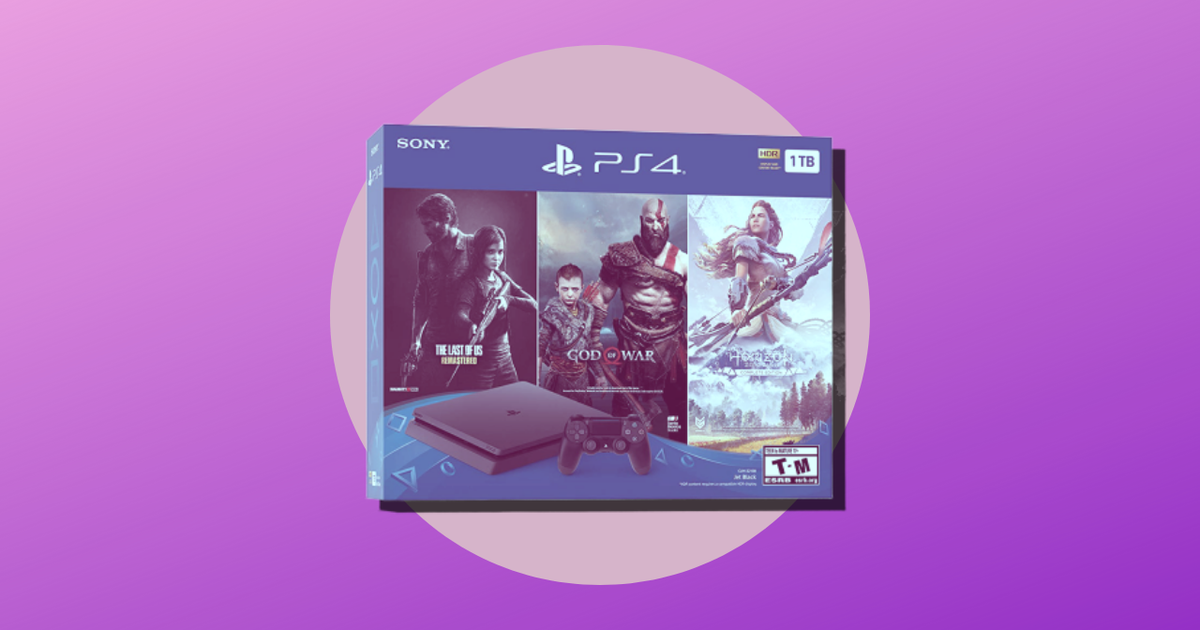 TL;DR: This PlayStation 4 bundle comes with three of the console’s most influential titles — and it costs less than if you were to buy the console on its own (just $249).

If you somehow haven’t picked up a PlayStation 4 since it launched back in 2013, now is probably the time to do it, because this is the best deal you’re going to find on one.

For less than the cost of a PlayStation 4 Slim on its own ($249.95), you can get a 1TB version of the console along with three of the system’s most influential titles — The Last of Us, God of War, and Horizon Zero Dawn. And, it’s $51 off.

The PlayStation 4 one of the most popular of the “big three” gaming consoles on the market mainly because of its exclusive game offerings — meaning you can only play them on PlayStation (sorry, Xbox and Nintendo fans). If you’re going to start off with any three games, the ones included in this bundle provide a great foundation. In addition to being primarily a gaming system, though, the PlayStation 4 allows you opportunities to stream movies, music and TV through all of the big-name apps (Netflix, Hulu, Amazon Prime, Spotify, etc.), access to a digital storefront filled with games and other fun items, and entry into PlayStation’s robust online community. Trust us, this bundle is worth every penny.

Grab this PlayStation 4 bundle for $51 off on Amazon — it comes with three amazing games, and it’s cheaper than purchasing a PS4 Slim console by itself.