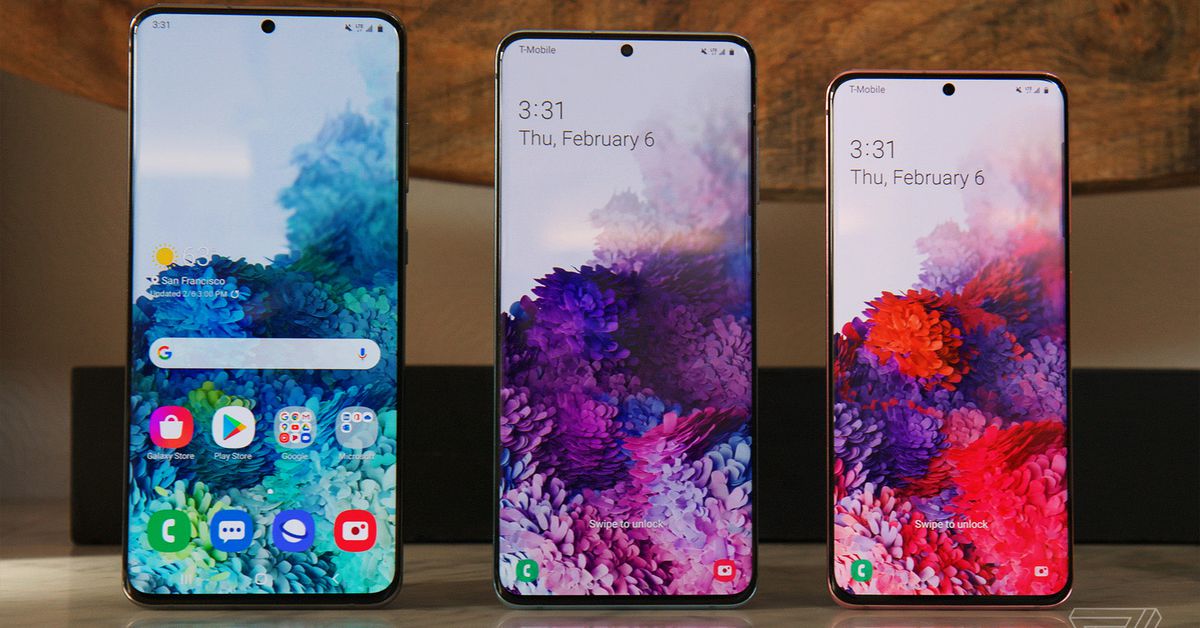 Samsung’s new Galaxy S20 series of phones will release this coming Friday, March 6th. This leaves you with a whole week to decide whether you want to preorder the S20, S20 Plus, or S20 Ultra.

There’s nothing wrong with waiting for release day before you make a decision. But if you’re already planning on buying one, you’ll get looped into some good preorder incentives if you commit this week.

No matter which retailer you decide to preorder a phone through, running your receipt through the Shop Samsung app on iOS or Android will get you some gift card credit. Samsung will give S20 buyers a $100 voucher to use at its online store. The S20 Plus will net you a $150 gift card, and the S20 Ultra comes with a $200 credit.

The best preorder incentives available right now are at Amazon where each phone comes with a set of Galaxy Buds truly wireless earphones and a Duo wireless charging pad at no extra cost. These gadgets are perks that you’ll get in addition to the aforementioned gift card.

Amazon’s deal is hard to beat if you don’t want to trade a phone in. If you do, you’ll pay even less for your preorder if you choose to trade in your old device and buy through Samsung. Samsung is offering up to $700 in credit toward your new S20 phone. Best Buy is also accepting trades. If you’re interested, check out our comprehensive list of retailer and carrier pricing and their respective preorder perks.

You can get a two-pack of Google’s Nest Hub smart displays for $130 at Best Buy. It usually costs that much for a single display, so you’re getting 50 percent off each one. There are a lot of smart displays to choose between, and they range in price and features. My colleague Dan Seifert recommends this model if you’re invested in Google services and really want to show off the photos from your Google Photos collection. Its screen can automatically adjust to the lighting in your room, making the photos appear more to look more like paper than a screen.

The Mate X electric folding bike is $300 off at Wellbots while supplies last. It’s offered in a few different price configurations that differ in terms of battery power, color, and the kind of brake mechanism. But no matter which one you choose, you’ll be getting a capable bike with fat tires that can push through difficult terrain. This model usually starts at $1,999, but you can get it for $1,699 and up now.