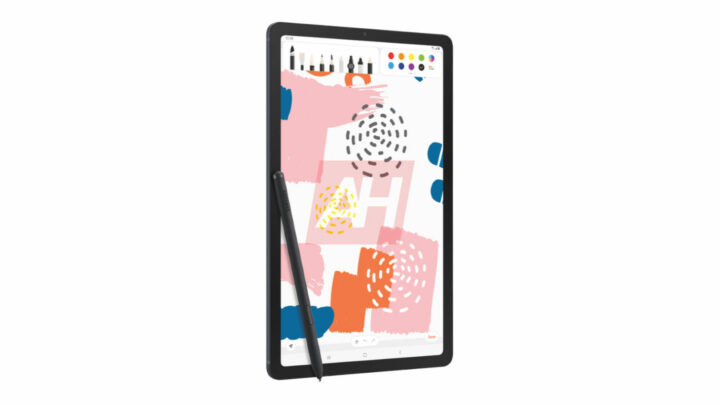 We exclusively reported over two months ago that Samsung is working on a new tablet (SM-P615) that features an S Pen. It was revealed yesterday that the tablet would be launched as the Galaxy Tab S6 Lite, all thanks to its Bluetooth certification documents. Now, we have our first look at the upcoming tablet’s design.

The tablet’s specifications were revealed last month through Geekbench’s database. The Galaxy Tab S6 Lite appears to come equipped with the Exynos 9611 processor and 4GB of RAM. It will be available in 64GB and 128GB storage variants. It would be launched with Android 10 out of the box, so it is safe to assume that it runs One UI 2.0 (or newer). The tablet also appears to have a metal body and has a black variant. The Wi-Fi only variant of the tablet carries the model number SM-P610.