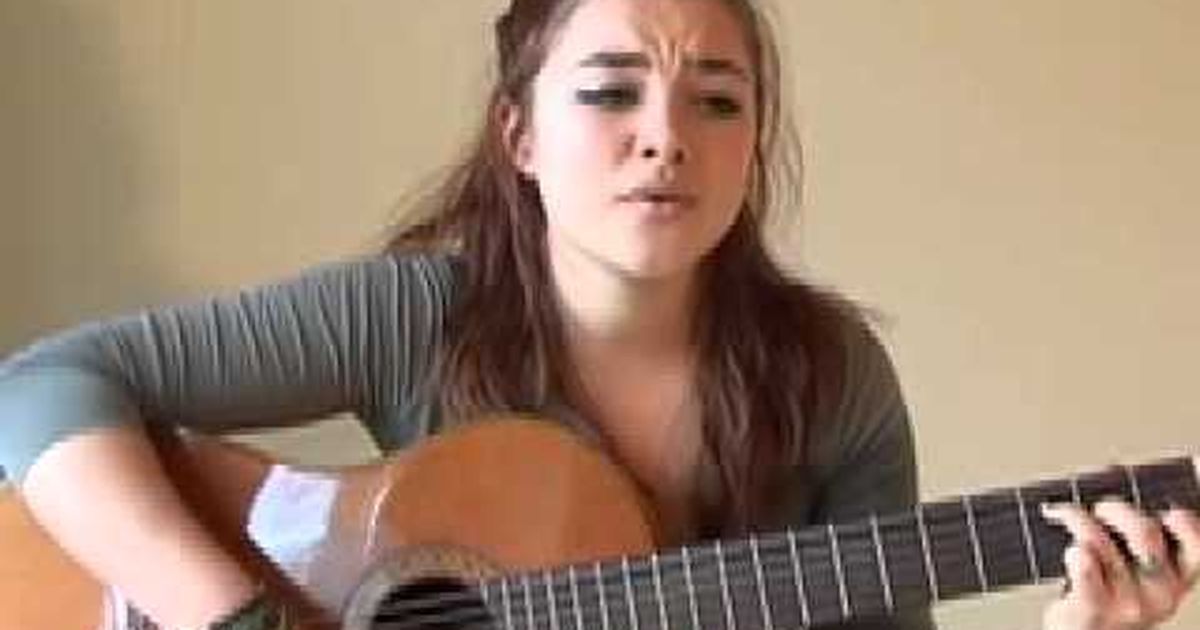 This morning I (26F) woke up at 5:00 a.m. feeling approximately 82 years old. My head was foggy from exhaustion, my body hurt from a fall I’d taken on the ice, and I was emotionally worn out from the current news cycle. I remained in this sorry state for a few hours, and then something miraculous happened: I stumbled upon Florence Pugh’s old YouTube channel and felt like a teen again.

In an interview with the New York Times that published on Monday, Pugh revealed that she used to upload videos of herself singing and playing the acoustic guitar to YouTube. You may know Pugh from recent performances in films like Midsommar and Little Women or as the 24-year-old who’s proudly dating 44-year-old actor Zach Braff, but I doubt you know her as “Flossie Rose,” the name she used when posting her YouTube videos in 2013.

Finding Pugh’s old channel was simple, and though she’s been inactive on it for three years and has only posted 11 videos she’s gained a respectable 137,399 views.

As I watched a teenage Pugh sit in her bedroom and fearlessly cover some of her favorite songs by artists like Tom Petty, Oasis, Jack Johnson, and The Lumineers, I felt my youth being restored. The heavy eyeliner, the poster-covered walls, the sitting cross-legged on a bed with socks on, the throwback anthems. Ugh! Memories of middle school and high school came flooding back.

Pugh joined YouTube in March 2012 and posted her first video, “a cut back version of the other ‘See the Signs’ … just a snippet of the song without guitar.”

Next came a cover of Jack Johnson’s “Angel,” which Pugh was apparently once asked to sing for a wedding.

For Pugh’s third video she sat by a windowsill and a DVD collection to sing another cover of “See the Signs.” This time, with guitar.

Pugh shared an original song called “I’ll Wait” that she wrote “purely on the stages of emotions of a relationship.” She hopes everyone “laaaaake!” (We do.)

Here’s a classic, Pugh covering “Wonderwall” by Oasis. She was really inspired by the Ryan Adams version and “gave it a go” while wearing this great green shirt, girl. Very Lizzie McGuire Movie, girl.

In her sixth video we see Flossie Rose leave her room to stand before a mic and perform “Shiver” by Lucy Roses for a Battle of the Bands competition.

In the summer of 2013, Pugh added some hot pink to her hair and had a go at Adele’s version of Bob Dylan’s “Make You Feel My Love” and a few others.

In the videos, where she appears in an early ’10s teen-girl uniform — crimson hair, cat-eye makeup, beaded ring bracelet — the look on her face is impossibly world-weary: more veteran hauled out of retirement than ingénue in search of her close-up.

Pugh only shared one video in 2014 called “My Dove,” and one in 2016 called “Square One,” but if you’re in need of more you can always check out videos of an even younger Flossie on her mom’s YouTube channel.

The Pugh Files are a blessing, and I’d like to personally thank Flossie Rose for making me feel like a teen again!