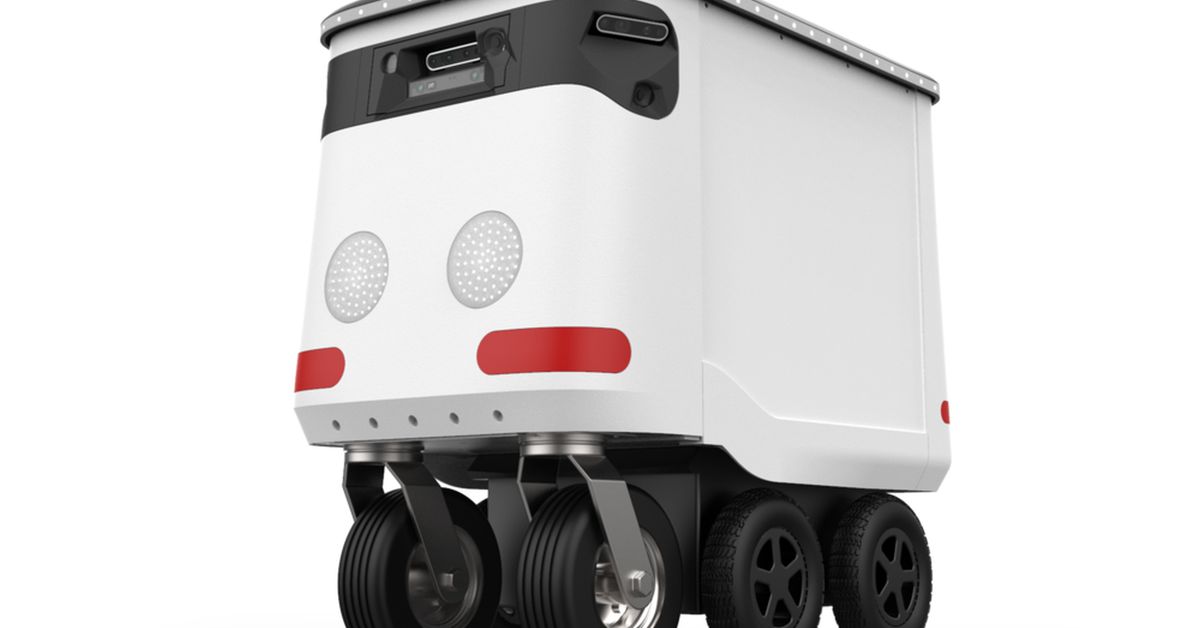 The Bookbot wasn’t quite as flashy as other autonomous vehicles in the Google portfolio, but it was popular with patrons of Google’s neighborhood library, and its librarians. No one seems to know why the little cube-like, wheeled delivery robot saw its pilot end in June after just four months. So a trio of former Google engineers apparently started a new company called Cartken to revive Bookbot from the Google graveyard, TechCrunch reports.

Part of Google’s Area 120— the company’s internal incubator for the “20 percent” projects employees work on outside of their main jobs — the Bookbot would pick up users’ library books at their homes and return them to the Mountain View Library for check-in. Tracy Gray, Mountain View’s Library Services Director, told TechCrunch the little robot was popular, and people would stop to snap photos of it while it did its deliveries.

“It was definitely a benefit for library customers and a great project all around,” she said. The Mercury News reported last March that kids especially liked the Bookbot: “Children shrieked at the sight of the robot and immediately jumped in its path to see if it would stop (It does).”

Despite plans for a nine-month pilot, the Bookbot went dark early. Its website now redirects to a 404 page. TechCrunch notes the Bookbot project was discontinued right around the time Google merged its Google Express online shopping service into Google Shopping, and spun out its drone delivery company Project Wing — perhaps making Bookbot a casualty of the company’s refocus away from delivery services. It does seem that Google is content to let other companies do this kind of work; even Google spinout Waymo doesn’t make its own autonomous vehicles.

Bookbot may not be doomed. Two former Google engineers who worked on Bookbot and Area 120, Jake Stelman and Christian Bersch, incorporated Cartken in October, and the pitch sounds familiar: Cartken’s website states its mission is to offer “low-cost delivery through automation.” TechCrunch says an earlier version of the website even referenced “low-cost last-mile delivery.”

It’s not clear whether Cartken is using any of the tech from Area 120, or whether Google is involved with the new company, but a photo on Cartken’s website looks a little like a black (maybe stealth?) version of Bookbot.

If Cartken is working on a Bookbot 2.0, it wouldn’t be the first time a group of Google engineers ventured out on their own to focus on last-mile deliveries; Nuro offered driverless deliveries back in 2018. And Bookbot would have some very similar-looking competition in the delivery space: Amazon conducted trials for its Scout last-mile delivery robot in Washington State last year, and in August, San Francisco-based Starship Technologies announced its plans to deploy thousands of its six-wheeled delivery robots on college campuses.