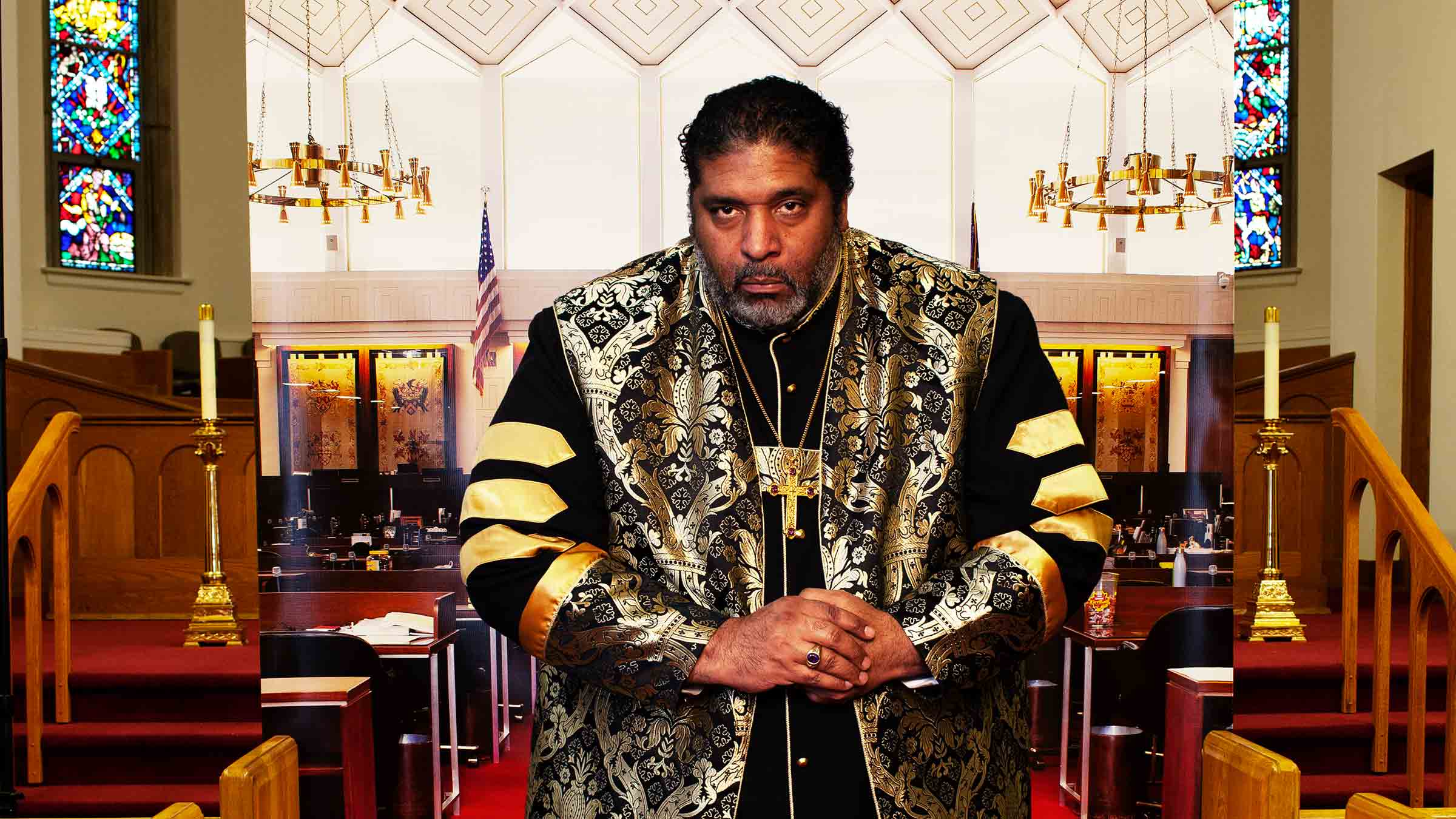 For 27 years, the Rev. William J. Barber II has been the pastor at a church in the small city of Goldsboro, N.C. But on a recent afternoon, he could be found at a hotel in Raleigh, about an hour away from home. His work as an activist takes him to the state capital often enough that he’s well known there. Not long after, he’d move on to an event in Charleston, S.C., and then to Iowa, where he’d lead a march demanding a presidential debate on poverty.

Barber is ever in motion, and he’s still picking up momentum. He’s hardly stopped since he attracted national attention as the leader of the Moral Mondays protests held at the North Carolina capitol in Raleigh beginning in 2013. His newsmaking actions were founded on the idea that being a person of faith means fighting for justice—whether by working beside a conservative mayor to protest the closing of rural hospitals or by calling for an NAACP boycott of the state in response to the legislature’s actions, like its infamous “bathroom bill.”

Barber at Pullen Memorial Baptist Church in Raleigh, N.C., on Jan. 27, before a backdrop showing the North Carolina house of representatives chamber where he was arrested in 2011

In 2018, the 56-year-old minister—a MacArthur “genius” grantee who founded the community-organizing group Repairers of the Breach—put a new spin on that work. He and the Rev. Liz Theoharis of the Kairos Center at Union Theological Seminary launched the Poor People’s Campaign: A National Call for Moral Revival. Under the principle Barber calls “moral fusion,” they take a holistic view of the relationship among injustices, from ecological devastation to systemic racism, and he believes solutions must come from listening to those most affected. “We believe they have agency,” Barber says of the 140 million poor or low-income Americans, “and their stories need to be heard, their faces need to be seen. They have the answers.”

The campaign now has a presence in a majority of states and is planning an assembly in Washington, which it hopes will draw thousands, for June 20.

Step Into History: Learn how to experience the 1963 March on Washington in virtual reality

Any resemblance to the work of Martin Luther King Jr. is intentional: King launched his own Poor People’s Campaign less than a year before he was assassinated in April 1968. It was also in 1968 that Barber—who was born just days after the 1963 March on Washington—moved with his family from Indiana to North Carolina. His father, a teacher and preacher, had gotten a call from a black principal asking him to return to his home state to help with the cause of integration. The young boy found himself on the front lines of that fight. In the process Barber learned an early lesson: “There is not some separation between Jesus and justice; to be Christian is to be concerned with what’s going on in the world.”

And so, at his church in Goldsboro, politicians are welcome to worship and stay for a conversation, and many do. But they’re not allowed to preach. Neither Barber nor his organizations endorse candidates, though they do endorse issues. “Republicans have racialized poverty, and Democrats have run from poverty,” he says. “And we’re forcing them to deal with the reality. We are very political, but we’re not partisan.”

Read More: These 16 People and Groups Are Fighting for a More Equal America

Barber, who received a diagnosis in the 1990s of ankylosing spondylitis, a form of arthritis that fused his vertebrae in place, says he has seen enough pain in the world that he’s not going to let his own pain stop him. He’s got work to do.

“All the victories we enjoy today—voting rights, Social Security, minimum wage—100 years ago were seen as virtually impossible,” he says. “Everything we won, people had to start winning in the midst of opposition that looked like it was overwhelming. I believe that’s the moment we’re in right now.”

Curtis is a North Carolina–based journalist and speaker

This article is part of a special project about equality in America today. Read more about The March, TIME’s virtual reality re-creation of the 1963 March on Washington and sign up for TIME’s history newsletter for updates.

The original version of this story misstated a quotation from Rev. William Barber. He said that “Republicans have racialized poverty,” not “property.”