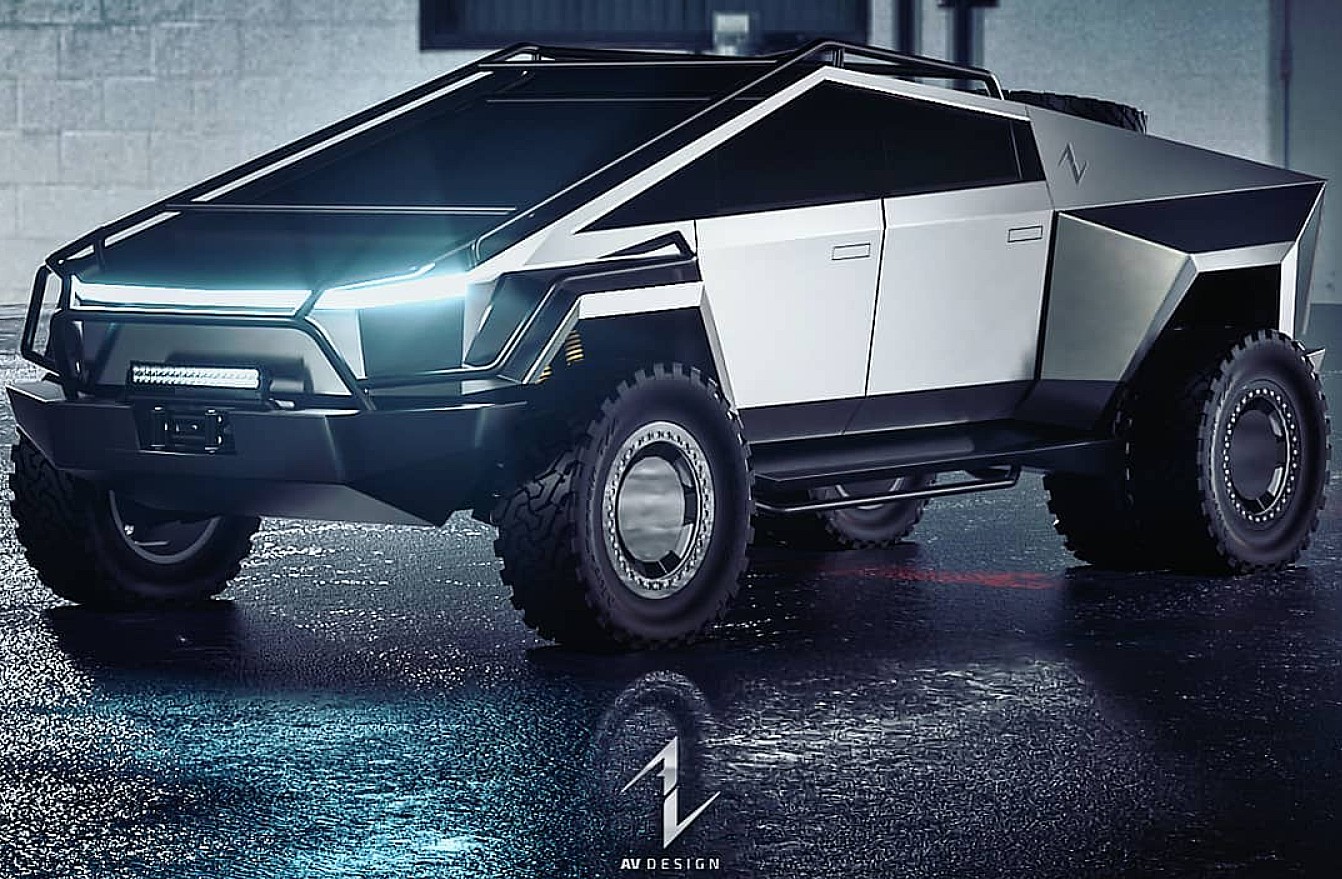 The Tesla Cybertruck is arguably one of the most controversial vehicles to come out of the auto industry in recent years. Designed unlike any other pickup in the market, the Cybertruck was so polarizing that it resulted in both acclaim and outright hate when it was unveiled. Yet if the results of a recent analysis from Loup Ventures are any indication, it appears that the Cybertruck may be more welcome in the mainstream market than previously thought.

In a recent update on Loup Ventures’ official website, Munster noted that after speaking with several construction professionals who use pickup trucks for their work, it is now evident that Tesla actually hit the mark with the Cybertruck pretty well. Among the 22 truck owners who were part of the firm’s analysis, 2/3 were positive or at least neutral when it comes to all-electric pickups. Ten even noted that their next vehicle would be electric.

Five of the pickup truck veterans actually stated that they plan to purchase a Tesla Cybertruck within the next five years, higher than the firm’s expectations. The Cybertruck’s brutalist design also seemed to be a complete non-issue for the vast majority of the construction professionals in Loup Ventures’ analysis. When asked if they will be embarrassed to show up to work site in a Cybertruck, for example, only 3 of the 22 said that they would have reservations about the vehicle’s design.

These results crush some of the bearish points against the Cybertruck that emerged since the vehicle’s unveiling. The idea that the pickup will be considered embarrassing by professionals due to its design, for one, was pushed by TSLA bears ardently due to the vehicle’s brutalist, sci-fi theme. Yet if Loup’s findings are any indication, it appears that the Cybertruck’s polarizing looks will not turn off the vast majority of buyers at all.

This is not to say that Tesla has no area of improvement with the Cybertruck’s marketing. If any, it appears that the electric car maker needs a better strategy when it comes to informing potential customers of the all-electric truck’s price. When Loup Ventures asked the construction professionals about their estimates on the Cybertruck’s compared to a base, $29,000 Ford F-150, the average quote from the longtime pickup buyers was $84,000. The median of the truck owners’ estimates about the Cybertruck’s cost was $80,000, and it ranged from $45,000 to $220,000. This is very far from the actual price of the Cybertruck, which starts below $40,000 with basic Autopilot.

If there’s anything that can be determined from Loup Ventures’ recent analysis, it is that the Cybertruck may actually end up tapping into a much larger market than initially expected. While the vehicle seems to be designed for a niche segment, its price and features might be enough to make it a compelling alternative for petrol-powered pickups like the Ford F-150. With these results in mind, Munster has adjusted Loup’s estimates for the vehicle, with the finance veteran stating that the truck will likely account for 15% of Tesla’s units in its fully ramped year, far more than the firm’s initial 5% estimate.