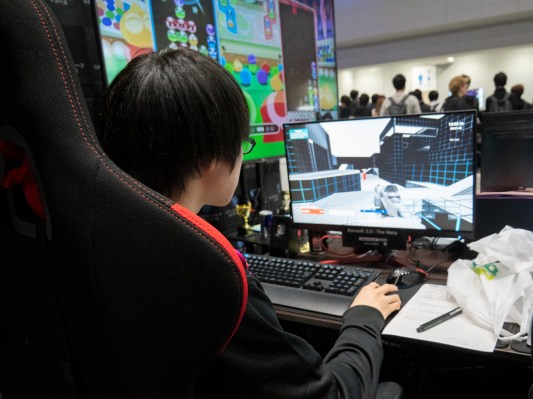 As esports grows and creates opportunities for gamers to level up to the pro or streamer level, there is still a huge barrier in the way. There is not a wealth of training options for gamers. If you can’t get better within the environment of the game itself, then you’ve peaked. Practice makes perfect, but what if there’s no such thing as practice?

The Meta is looking to change that with the launch of a new training platform that builds off the success of Kovaak’s FPS Aim Trainer. Kovaak is a former Quake pro, known for his hyper-accurate aim, who built Kovaak’s FPS Aim Trainer out of personal need. He wanted a way to grind out his mechanical aiming skills, and built out various scenarios across 10+ major titles to practice.

The Meta co-founders Duncan Haberly, Jay Brown, and Chris Olson had been working on their own training platform that focuses on guided trainings around specific skills, with physics and gun mechanics identical to popular titles, to let gamers learn from their mistakes and train better habits.

After the two esports entrepreneurial teams met, they decided to join forces and offer what they believe to be the ultimate training tool.

It’s comprised of two parts. The first is The Meta’s self-guided training platform, with various branches that focus on a different skill set in FPS gaming. The second is Kovaak’s Sandbox, the aim trainer that lets users test the skills they’ve learned by playing through more than 2,600 user-generated scenarios.

For now, The Meta-guided training focuses on flicking (otherwise known as click timing), with plans to introduce tracking and scoping skill branches soon. The self-guided training side of the platform feeds users insights about their deficiencies — maybe they tend to miss their shots when enemies are in the upper-left quadrant of the screen — so they can dedicate time and energy to improving that part of their game in the aim trainer.

The Meta is available on Steam for PC players, with plans to launch for consoles in the future.

The flicking trainer has more than 40 sub-levels, with support for Overwatch and Fortnite. Kovaak’s Sandbox, as the FPS Aim Trainer is now known, has more than 2,600 user-created scenarios, and supports titles like Overwatch, Fortnite, Quake, Call of Duty, Apex Legends, Paladins, CS:GO, Battlefield and Rainbow 6.

There is movement in the esports space around training and improvement. In 2018, Epic Games introduced Playground Mode to allow players a chance to experience the Fortnite environment without dropping in alongside 99 other gamers. PlayVS, the startup looking to take the esports infrastructure to the high school and college level, is investing heavily in data, reporting stats and analysis to players, coaches, fans and recruiters. StateSpace, a direct competitor to The Meta with $4 million in funding, uses neuroscience to help gamers train, hoping to create a standardized metric by which gamers’ skills can be measured.

Esports is growing across almost every metric, from viewership to awareness to revenue, and with that, we can only expect to see more startups dive into the space and stake their claim.