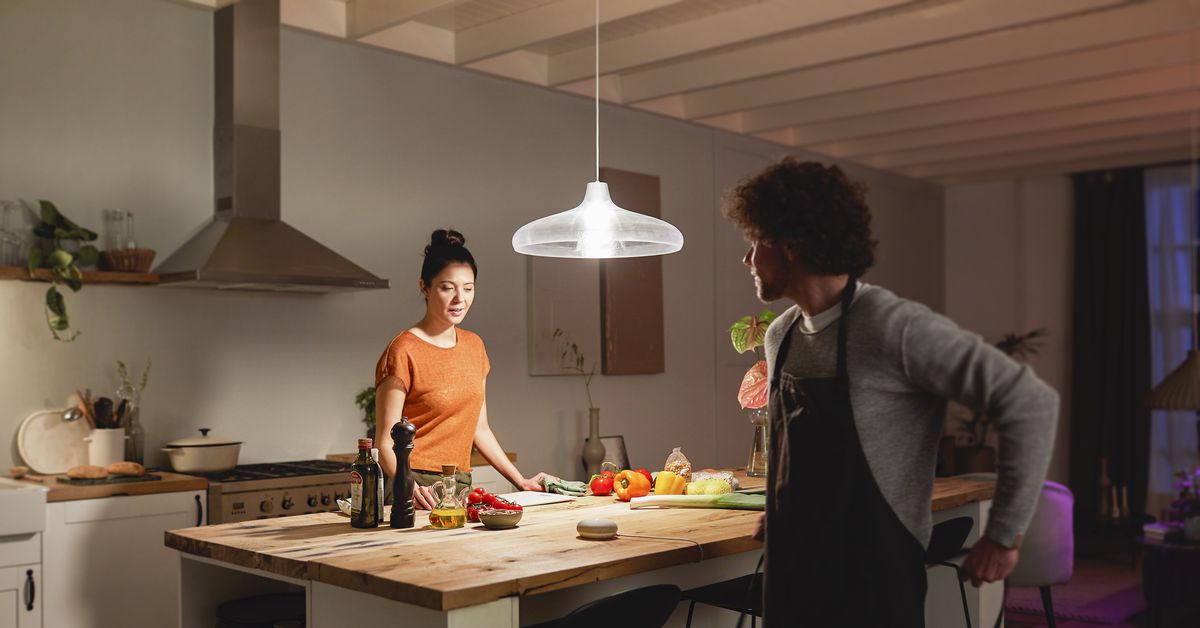 The Philips Hue line is getting a few new products today, the most popular of which is likely to be a new bulb that’s much brighter than typical Hue lights. The new bulb only comes in white — it doesn’t do any fancy color temperature adjustments — but it offers light equivalent to a 100W bulb, whereas the standard white Hue bulb is only a 60W equivalent. Brightness has been a limitation of Hue bulbs, so this could help more people find what they want out of the smart lighting system.

There’s one other key difference to these new bulbs: they come in the slightly larger A21 lightbulb shape, rather than the standard A19 lightbulb shape. For many uses, that likely won’t be a huge issue, but it could be a problem on lamps or fixtures where a normal A19 bulb is already close to the edge of the unit. The new A21 bulbs won’t replace the existing A19 Hue bulbs, but will be sold alongside them. The A21 white bulbs will be available starting in July for $20 each; white A19 bulbs sell for around $15 each. Like the latest A19 bulbs, the A21 bulbs also include Bluetooth support.

Two other products in the Hue lineup are getting upgrades. There’s a new version of the multicolored Hue Lightstrip, called the Hue Lightstrip Plus, which adds Bluetooth so that it can be controlled without a Hue hub. The new model can also be trimmed to size, and the extra pieces can be reattached later with included connectors. There’s also an updated Hue Bloom table lamp that’s supposed to have richer colors and a brighter output. The Lightstrip Plus goes on sale at Target this week for $80. The Bloom lamp launches in late July for $70.

The Philips Hue line, which is made by Signify, has for years been one of the best options for smart home lighting. The line has steadily improved and expanded over the years, as color quality got richer and more options were added. One of the most significant updates has been the addition of Bluetooth to most products in the lineup. Previously, you needed to purchase a small $60 hub, called the Hue Bridge, to communicate with the lights. Now, you can buy the lights and start using them right away over Bluetooth. There are some limitations without the hub — like not being able to control lights from outside your home — but it makes it easier to buy into the product line.