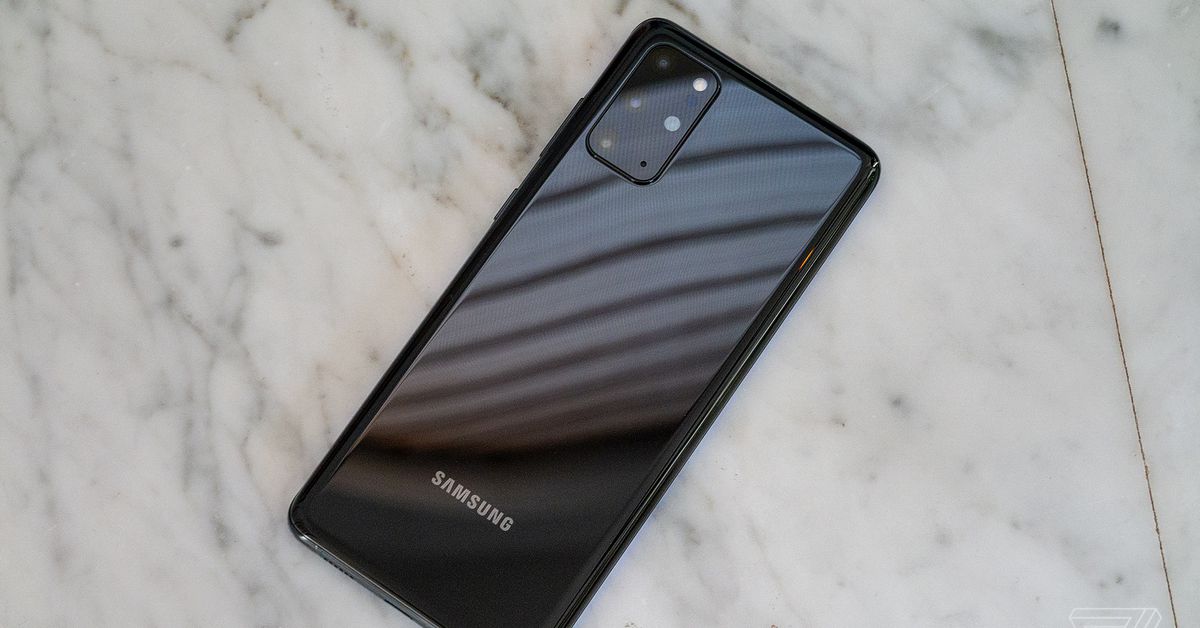 Well! Yesterday was a day. I live-blogged the Samsung Unpacked keynote, where the Galaxy S20, S20 Plus, and S20 Ultra were announced alongside the Galaxy Z Flip folding phone. If there’s one big takeaway from Samsung’s presentation, it’s that DJ Koh has very much handed the reins of the mobile division to the newly-promoted TM Roh.

On to the phones. Samsung skipped the usual corporate preamble and jumped immediately into the Z Flip unveiling. It was a flex (pun intended) and it worked to energize the crowd. Of course, we still got the corporate overview from Roh and a pile of partnership deals (Samsung loves them so much). Instead of a corporate preamble we got a corporate amble.

Anyway, all of these phones had leaked but the big surprise is how good the Z Flip is. Samsung isn’t saying who makes the glass screen beyond that it’s being made in collaboration with a partner. Compared to plastic folding screens, it’s night and day.

I was less surprised by the various Galaxy S20 phones. Samsung has been iterating on this basic design for many years and and it knows what it is doing. As you’ll read below, that causes a bit of cognitive dissonance. But that might just be me, because I will tell you that the Galaxy S20 phones, despite being “more of the same but more,” garnered way more audience interest than the Z Flip.

In other words, the Z Flip is cool, but what people are really going to do is buy the S20 when upgrade time comes. Whether Samsung can convince people to do that upgrading a little earlier than usual is harder to discern. Bottom line, though, is the S20 is where Samsung’s bread is buttered and our audience was right to pay more attention to the more consequential thing.

Now come the questions: will 5G matter? Will the cameras live up to Samsung’s very inflated rhetoric? Stand by for a review.

But yesterday was also a day because while I was busy at a phone event, the rest of the Verge was absorbing and writing about more monumental happenings. For the purposes of this newsletter, the T-Mobile Sprint merger approval tops the list, but a real preview of Windows 10X is in that mix too.

There’s plenty for you to read below in the link list and when you click through in today’s newsletter, so the above is it from me for now. There will also be plenty more to come about the merger, the phones, and Windows 10X.

┏ T-Mobile and Sprint win lawsuit and will be allowed to merge. You can probably guess that I think this is a bad decision. We’ll have a full legal analysis up soon, but in the short term I encourage you to at least skim the introductory segments, which will make you think you are losing your mind. It boils down to something like “the future is unknowable and all experts are biased and honestly the idea of pretending otherwise through a long trial sounds exhausting so fuck it they can merge.”

In his decision, Southern District of New York judge Victor Marrero rejected that argument. “The court concludes that the proposed merger is not reasonably likely to substantially lessen competition in the” mobile service market, Marrero wrote, and would likely “enhance competition in the relevant markets to the benefit of all consumers.”

┏ Feds claim Huawei can snoop on mobile networks. For some time now, I’ve been frustrated by the significant gap between the strident rhetoric from US officials and the evidence they failed to provide to back it up. It introduced the worry that the security fears were actually just a feint in the trade war. I never bought that, I always thought the concern was sincere. But truly, with allegations of spying you want to see something. Yesterday’s revelations aren’t quite the full disclosure I’ve been hoping for, but they’re still very significant.

the justifications for those sanctions have remained vague and clouded by secrecy. Now, officials are getting specific, claiming the Chinese hardware manufacturer has maintained backdoors into some of the networks it builds, starting as early as 4G equipment sold in 2009. There’s also no hard evidence of the capability, but the claims are more specific than ever, and now coming from some of the nation’s top national security officials.

┏ Amazon, Google, and Facebook ordered to turn over evidence for far-reaching FTC merger review. This is either huge news or nothingburger news and we won’t know for some time. If the FTC makes good on a threat to “unwind” mergers, it’s potentially huge. But even then it won’t affect the big ones, which the FTC already reviewed. If the FTC just uses it to inform future decisions which will be heavily lobbied anyway, do you like ketchup on your nothingburger?

┏ All of the biggest announcements from Samsung’s Galaxy S20 event. Here’s the big stuff from Samsung in a digestible form, if you want to just get caught up quick. Otherwise, here are some extra thoughts I had after checking out all the phones in person, attending Samsung’s keynote, and talking to a lot of people.

┏ Samsung’s Galaxy S20, Plus, and Ultra first look: cameras, 5G, and 120Hz screens. Here’s my big look at the big phones, all three of them, including video. I tried to get at this a bit, but these phones really are simultaneously exciting and kind of boring. They have every feature you could possible ask for in an Android phone, and yet they are still “just” Galaxy phones and look like them.

But calling them boring isn’t fair and I don’t actually think that. The screens are incredible and we shouldn’t take that for granted. And I cannot wait to dig into these cameras to see if Samsung’s grandiose claims have any relationship to reality. Samsung needs to catch up to Apple and Google a bit in that department.

┏ How Samsung’s Galaxy S20 Ultra achieves its 100x zoom. Jon Porter does a fine job here and this is worth a read, but I still am going to remain skeptical until I can try it for real in a review. I spoke to some Samsung reps at length about pixel binning and demosaicing today. Here’s how Samsung put it: The 108MP sensor separates the RBG pixels in such a way that you get more of the benefits you’d normally get from a larger micron size (like better low light performance). Then when you go to full 108MP instead of the binned 12MP shot it demosaics to achieve that resolution.

What I wish Samsung had said is simply this: it’s a Quad Bayer array. Idrees Patel at XDA developers has much more detail on how it works on the S20.

┏ Samsung Galaxy Z Flip first look: folding glass changes everything. My hands on, including video. Anyway, I will have much more to say with this phone very soon, but in the meantime this sums up some of it:

I’m not 100 percent sold on having the hinge provide so much resistance, but I do think Samsung has figured some of its folding problems out. It’s a shame the first introductions to folding phones were so compromised, because this seems really promising.

┏ Here’s how Samsung’s Galaxy S20 stacks up against the Pixel 4, and OnePlus 7T and here is how it compares with the iPhone 11.

┏ Samsung confirms its AirDrop-like ‘Quick Share’ is launching on the Galaxy S20. It’s a bummer that this is Galaxy-only. The lack of a convenient Wi-Fi direct sharing protocol for Android is one of those invisible problems. AirDrop really is great and Android/Windows people don’t know what they’re missing out on. I don’t have any inside information on what Google’s hopefully more universal solution will be, but I do have fact to share: it’s long overdue.

┏ A first look at Microsoft’s new Windows 10X operating system for dual screens. Tom Warren has a good set of first impressions of Windows 10X. Here’s my take: it is the first desktop OS (which is an antiquated term but I guess it’s the best we have) that fully integrates the UI ideas we’ve learned from mobile. A lot of people are pointing to Windows 8 as the precursor for some of these changes and sure, I buy that. But I think the real inspiration here is that Microsoft can piggy back off all the skills we’ve built up using phones and tablets. Comparing Windows 10X’s constraints, possibilities, and interface choices with iPadOS is going to be a lot of very fun work.

┏ Microsoft promises Windows 10X updates will take ‘less than 90 seconds’. Basically, it sounds like Microsoft is keeping a separate partition which has the updated OS installed to it. Then at boot it can just switch to that partition and the next update can be applied to the old partition. Android has this capability, and it’s another example of Windows 10X taking a good mobile idea and applying it to Windows.

┏ Microsoft backtracks on plans to force Chrome default search to Bing. Good. The more I thought about the angrier I got. Microsoft was using Office 365 (its popular, widely used software) to change the behavior of an unrelated app it doesn’t even make (Google Chrome) to use Bing (its unpopular, little used search engine). Zero parts of that chain of causality are appropriate.

More from The Verge

┏ The high cost of a free coding bootcamp. Important story from Zoe Schiffer and Megan Farokhmanesh. I think I might actually like the idea of an Income Sharing Agreement instead of tuition for certain types of schooling, but only if it protects students at least as much as it protects the schools. The power imbalance here is a big problem, so when the classes ended up being a mess there was little the students could do.

┏ Nvidia’s GeForce Now is losing all Activision Blizzard games, a bad sign for cloud gaming. Like me, Sean Hollister draws a connection to the fights cable channels have with cable networks all the time. Bummed that my vague fear this is coming to streaming games so quickly became a reality.

It makes me wonder if we should expect nasty carriage negotiations to play out regularly in gaming like they already do in the pay TV world, holding our favorite programs hostage until one party or the other provides a slightly bigger piece of the action.