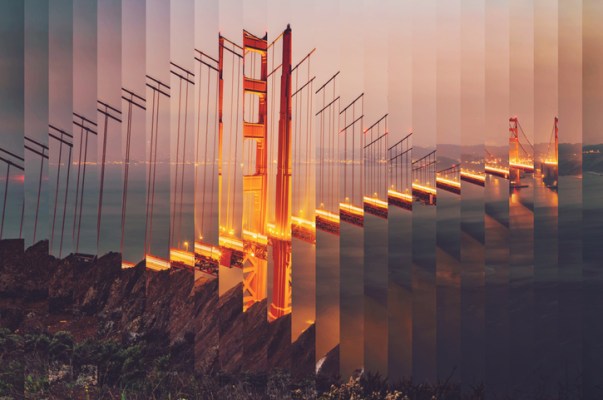 Elizabeth Yin is a founder and general partner of Hustle Fund, a pre-seed venture capital fund that invests in hilariously early software startups across the U.S., Canada and Southeast Asia.

When I was a founder many years ago, I felt like I heard constantly conflicting advice and opinions on raising money for my startup.

It was hard to understand what was going on and what I should actually do.

Many years later, now as a VC, it turned out that most of the things you hear people say about fundraising are generally true and generally good pieces of advice. All at the same time. Even when these ideas conflict. How is that possible?

Because, like anything else, different pieces of advice are apt for different types of companies and founders. Today’s fundraising landscape is particularly an interesting time of bifurcation that’s worth laying out in detail.

For some founders, it’s never been an easier time to raise

In the San Francisco Bay Area, if you’re a founder who has a “well-branded” resume, it’s a fantastic time to raise money at the earliest stages. It almost doesn’t even matter what company you’re building. You will get funding. You could be leaving Pinterest to start a company. Maybe you went to MIT and then did a 10-year stint at Google. Or maybe you were a former YC founder who is taking a second crack at a company. Or maybe you sold your last business for $10 million. If you did any of these things, it’s a great time.

For these founders, I’m seeing massive party rounds here in San Francisco — $3 million – $5 million seed rounds. Sometimes $10 million rounds right out of the gates! My friend, a fantastic serial entrepreneur with an exit, raised $8 million recently at $30 million+ post-money valuation with only a very early version of a product. Investors literally threw money at her and her round was oversubscribed.

And then, even if you don’t fit this profile, you can still generate a lot of heat on your fundraise. In the last few months, VCs have become very concerned about profitability. It’s not enough to be working on a fast-growth startup anymore. In part, we’ve all seen big-name startups that were once the darlings of Silicon Valley flounder in the late-stage markets because of high burn rates and being nowhere close to profitability.

And VCs have gotten quite scared. Almost to a fault.

So, I’m seeing companies at the Series A and Series B stages with 30% MoM growth that were popular before now struggle to raise their next rounds because they are not profitable. The feedback they receive is to “come back when you’re profitable or really close to it.” This mentality change has had a huge impact on marketplaces and e-commerce companies — companies that don’t have predictable repeat customers or high margins.

On the flip side, SaaS companies have become the new darlings VCs have gone gaga for. SaaS businesses have repeat customers, strong lifetime values and upsell potentials. They are capital-efficient, high-margin businesses. And if you are growing well as a differentiated (differentiated being a key word) SaaS company, you probably have many VCs knocking on your door — at all stages early and late even if you are not on the coasts.

For most founders, it’s still challenging (as always) to raise money

For everyone else, after reading news stories about such large fundraises, it can be confusing to understand why their own fundraise is so challenging. Why is it so hard for me to raise money?

It turns out that fundraising is still hard for everyone else. Even in the Bay Area, if you don’t fall into the categories above, it’s hard. People often erroneously think that just being in San Francisco will miraculously make fundraising easier. That’s far from true. There are certainly many people who get funded there, but there are also just many more startups in San Francisco than elsewhere. Outside the SF Bay Area, it’s even harder to raise. So we have a weird Goldilocks and the Three Bears situation. Some companies are really hot. Most are really cold.

The press mostly writes about the hot deals, like companies that raise $5 million seed rounds and went through YC. After all, no one wants to read about how someone’s fundraising process is going horribly — that’s just not a news story that sells. So now, everyone thinks Silicon Valley is littered with gold just by reading the news. The reality is that San Francisco mostly has poop on the ground and a small number of people will find a Benjamin once in a while.

Valuations are all over the board

I’m seeing valuations well above $10 million post — even $20 million post for hot seed-stage companies. And then for companies that are cold, the valuations are where they’ve always been — largely anchored based on geography. As low as $1 million post within U.S. and Canada. And it can even be lower elsewhere globally.

So when people ask me what a fair valuation is, it’s a really hard question. It depends on where you are, what you’re working on and what your background is. Many people think valuations are based on a company’s progress. That’s just not how it works. Valuations are based on supply and demand. Supply of your fundraising round. And investor demand for your fundraising round. Valuations go up when more investors are interested in investing. There’s no such thing as a “typical” valuation.

Everyone’s mental model will be shifting

Friends outside of Silicon Valley often ask me if I think this time VCs will favor profitable companies over fast growth.

I think the answer is VCs would love to back profitable companies with fast growth.

(That, of course, begs the question in this day and age with other debt or revenue-based financing options why such a company would raise a lot of VC money, but that’s besides the point.)

That said, I do think that in this new era we are entering in 2020, companies that focus on profitability will separate the winners from the losers in the next few years. Thriftier founders will win.

Now, here’s the irony. As we go into this new age where frugality is a strength, I think that the startup journey will actually be harder for the founders who are able to raise their large seed rounds so quickly at high valuations. From past experience, I’ve found that founders who can raise easily in a first raise really struggle later on subsequent raises because they don’t know just how hard a fundraise can be. Moreover, founders who can raise large amounts in the beginning tend to be less frugal and often burn through too much cash before their progress really kicks in. In contrast, overlooked founders who have often found it challenging to raise know that they need to be frugal by default, because it’s unclear how hard the next fundraise will be. These founders know they need to make the business work with or without investors.

The ironic twist is that investors throw money at founders with particular resumes because they believe those founders will be the most likely to succeed with big exits. A strength can quickly turn into a weakness in this market.

My hope for all founders is that they focus on staying thrifty, watch cashflow and chip away at getting to profitability so they can own their own destiny. By focusing on customers, instead of investors, you can sell more and sell quicker. Ultimately, the end goal for a company is to be able to serve customers sustainably and effect change in our larger society.

And that’s what I wish all startups find in 2020, so they don’t have to care about the whims and fancies of investors as they change with the times.