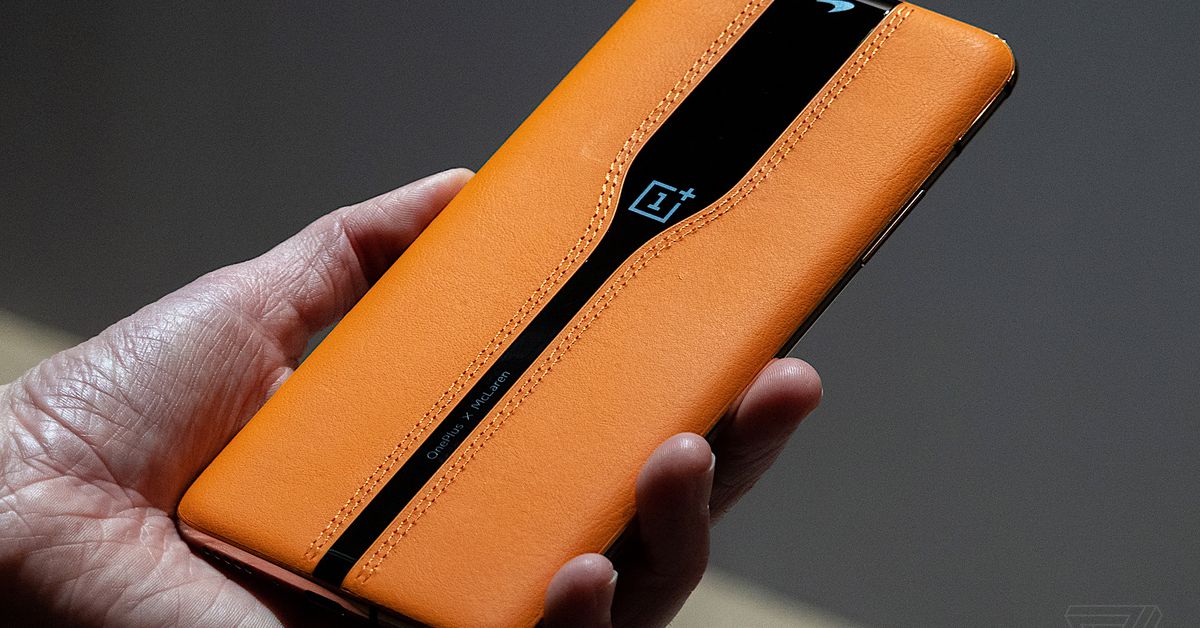 At a press event at CES, we got a chance to play around with a concept phone from OnePlus, appropriately called the OnePlus Concept One. It is a true concept device in that it may never be released, but it exists to demonstrate a single feature. That feature was announced earlier this week: the glass can become opaque to hide the cameras on the back of the phone.

It works. As you can see in the video above and the image slider below, the camera lenses are completely occluded under a bare strip of dark glass until you turn the camera on. Three holes quickly appear so that you can take photos. When the camera app closes, the glass goes dark again. Bada bing bada boom.

But… why? OnePlus held an entire press event to show off a single feature that’s almost purely cosmetic and isn’t ready to ship. In fact, the only other unique feature on this concept phone was the fact that it had “Papaya Orange” stitched leather on the back, inspired by McLaren, and PVD-treated aluminum to make it look shiny and gold. 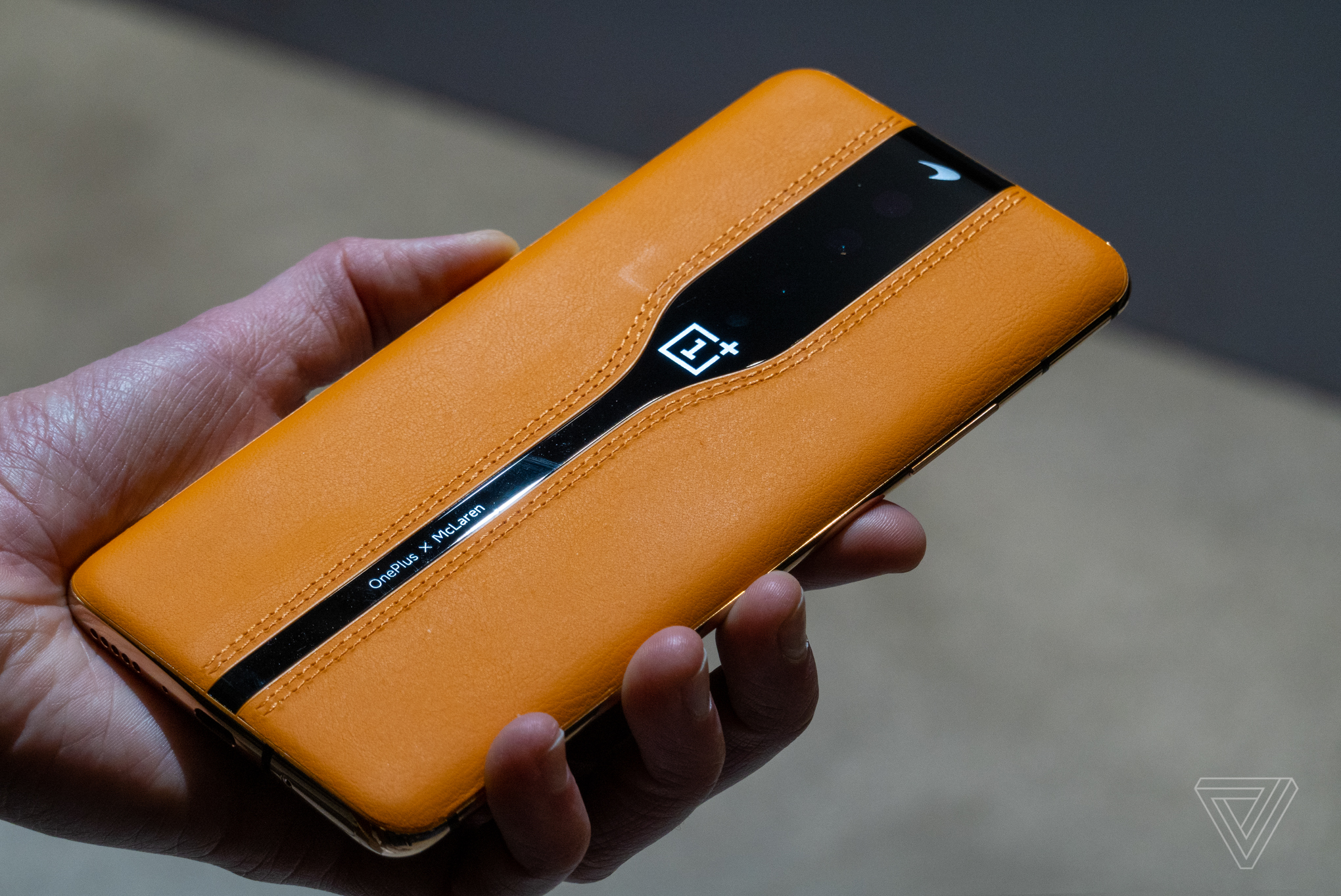 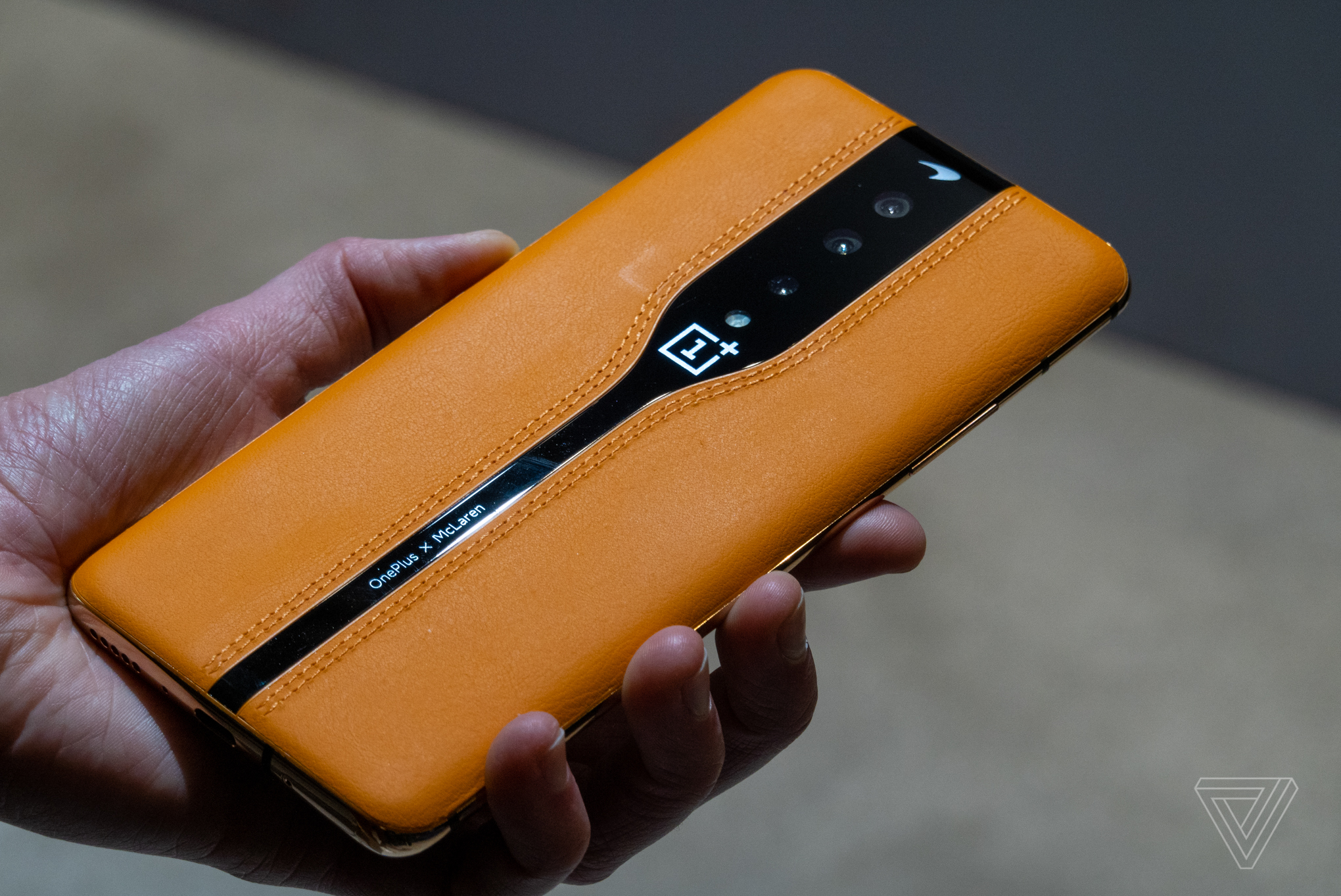 OnePlus does have its reasons, though, and at least one of them does begin to make some sense. It argues that this technology could make it a little more acceptable to sell a phone with four or five or more cameras on the back. But at the end of the day, the point of this concept phone is the same as many concept cars: to look cool and convince you that the company that made it can do cool things.

Mission accomplished, I guess, because the feature is cool and the phone does indeed look cool. Luckily, the glass does something beyond looking cool: instead of just being opaque or transparent, it can also become semi-transparent. That effectively turns it into a neutral density filter, allowing you to shoot photos and videos in very bright sunlight without everything getting blown out.

To turn it on, you need to enter into the OnePlus camera’s Pro mode. Once you’re in Pro mode, you’ll find a toggle button labeled ND8. Tap it and you should get the equivalent of a three f-stop reduction — assuming OnePlus’ notation is accurate to the effect. This is particularly useful for shooting video in bright conditions, but it’s a neat trick to capture some photo effects as well.

Unfortunately, I was only able to test it out by pointing the camera at your typical fluorescent conference room lights instead of outdoors. It did make the shot darker, but I can’t vouch for how much. I do wish that the ND filter was variable, though, instead of being a single toggle to ND8.

That’s not really a problem, though, because this concept phone is unlikely to see retail release and OnePlus says it still has some technical details to keep working through before it can apply this technology to a shipping phone.

OnePlus says it was inspired by the electrochromic roof on the McLaren 720S — the company has been partnering with McLaren to brand top-flight OnePlus phones for a while. OnePlus says the real innovation in this glass is both how thin and how quick it is. It’s 0.35mm thick and it can switch from opaque to transparent in 0.7 seconds. Both are apparently unmatched by other EC glass.

Because it’s so thin, OnePlus also used specialized non-polar glass particles between the layers to add structural support, taking care to only place them around the camera holes so they wouldn’t distort the image.

As impressive as all that might be, it’s not perfectly executed. At certain angles, you can absolutely see where the camera holes are. Head on, it looks evenly black, but if you go hunting you can find them, as below.

Even though OnePlus wouldn’t commit to a timeline for putting this feature in a phone, I have to assume it won’t be too long. Holding this high profile of an event at CES just to show something that ends up being vaporware would be an awfully bad look for the company. For a phone that looks this good, that would be a shame.