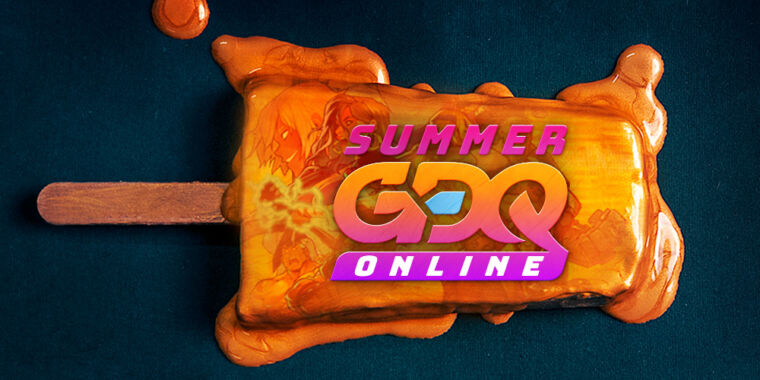 If you’ve read our gaming coverage over the past few years, you may have picked up on our love of speedrunning—the act of mastering and exploiting beloved games to finish them faster. While a ton of video and streaming channels focus on this hobby, we continue to look to the biannual Games Done Quick marathon series for the most entertaining (and even educational) speedruns every year.

This week, Summer Games Done Quick turned 10 years old and celebrated the milestone by raising $2.3 million for Doctors Without Borders—all without leaving the house. The series already has a few years of remote speedrunning tech experience under its belt, so the lack of a physical location had only a mild effect on the marathon’s watchability. Thankfully, the whole event was captured for VOD enjoyment on YouTube, so if you’d like to catch up on the fun, we present to you the following embedded options and explanations as to why they’re fun to watch.

Super Mario 64: Speedrun.com continues to list the N64’s breakout classic as a fan favorite, so we were excited to see how a preprogrammed run, adjusted on a frame-by-frame basis, could break the game. As an added bit of challenge, the programmers in question focused on a later version of SM64, which meant they couldn’t lean on its notorious “backwards long jump” bug for extra speed.

Instead, they found an entirely new, and utterly bonkers, exploit in which Mario perfectly jumps between two walls to gain ludicrous amounts of speed. And thanks to their TASBot approach, they guided the jumps in ways that a human player could likely never replicate. The result gets this game’s “any percent” run down to an unbelievable 7 minutes, 38 seconds.

Pump It Up!: One benefit of running SGDQ 2020 from players’ homes is that nobody had to ship their bulky equipment. That’s certainly the case for the insanity of Pump It Up!, a DDR-like dance game whose songs stretch across a “two-player” array of buttons for a single player. This run’s player, a pro dance gamer who goes by the alias HappyF333tz, demonstrated some of the most insane rhythm-gaming proficiency I’ve ever seen, and the full hour-long run is an utter spectacle.

If you’re short on time, fast forward to the one-hour mark in the above YouTube embed to cut to the “bonus incentive” song that F333tz completes at the end, after he’s already clearly exhausted. He nearly fails this 220bpm blur of a track a few times but still manages to complete it, after reminding viewers that only six people in the world have beaten that song on the above settings.

Half-Life: Alyx: The honor of GDQ’s first-ever VR game goes to Valve’s 2020 masterpiece, and it arrived with a serious bang thanks to this game-breaking speedrun for the ages. The meat is all in runner Buffet Time’s physicality, which you can see in the corner of the screen. He exploits the VR game’s head-tracking focus by constantly kneeling, ducking, and crawling. By getting low to the ground, resetting his in-game position, and standing up, Buffet Time grows to serious heights in order to march above the levels in ways players were never meant to do. (That’s not his only “strat,” mind you, but you’ll have to watch the whole thing to see his other wizardry.)

Homey D. Clown: At an early point in this awful game’s 10-minute run, one of the commentators offers a pretty simple summary of what to expect: “This game aggressively farts at you.” Indeed, the highlight (or, arguably, lowlight) of the marathon’s “awful block” is a point-and-click MS-DOS conversion of a recurring sketch from the ’90s Fox comedy series In Living Color. You’ll appreciate how brief this speedrun is as soon as the music and sound effects begin, which are easily some of the worst ever committed to a hard drive.

Virtual Boy Wario Land: In another first for the marathon series, we see an original Virtual Boy game—albeit rendered in “2D” mode (just the left eye’s view) and with the obnoxious red overlay converted to pure black-and-white. Even without that failed Nintendo console’s 3D gimmicks, we’re still left with a compelling side-scroller speedrun, especially since the Wario Land series emphasizes special, weird abilities like high-speed rushes.

The Witcher 3: The phrase “any percent” in a speedrun usually indicates that we’re getting into game-breaking territory, and this runner’s exploits are absolutely dizzying to watch. The run begins with a funny floating-horse trick, but shortly after that, speedrunner Kaadzik says goodbye to pegasus emulation and hello to a time-warping glitch that makes the game run at “Yakety Sax” speed.

Doom Eternal: While the 2016 Doom reboot was notorious for broken skyboxes and geometry, its sequel had some (but not all) of those patched up. Either way, this “no major glitches” speedrun of this year’s triumphant series return forces its runner to focus on proper movement and combat timing, and it’s among the most technically proficient speedruns of this summer’s entire eight-day stretch. (In particular, the infamous Marauder enemy doesn’t stand a chance against these strats.)

Legend of Zelda: Link’s Awakening: “We didn’t even scratch the surface of how unbelievably busted this game is,” one commentator said at the end of this glitch-filled exploration of the Game Boy classic. That’s remarkable, because the number of exploits and glitches shown off in this year’s speedrun was pretty remarkable. (This is not the 2019 remake, to be clear, which has its own litany of exploits.) Bonus points go to this speedrun’s play-from-home nature, which meant speedrunner Mghtymth enjoyed couch cameos from his mother and dog.

Hypnospace Outlaw: One of 2019’s weirdest and most memorable games, Hypnospace Outlaw is also easily exploitable for the sake of speedruns since it revolves around browsing an alternate-history version of the Internet. If you’ve never played the game, this run will have the simultaneous effect of spoiling its biggest twists but also enticing you to play the game yourself and learn about all the weird side stories that runner Lizstar passed on her way to establishing a new world record (without even realizing it).

Dusk: This nostalgia-driven FPS from 2018 is already a blast to watch in a speedrunning capacity, since it was intentionally designed with bugs and exploits left in the code for speedrunners’ benefit (and older, speedrun-friendly versions can be accessed via the game’s official Steam version via the “beta” drop-down menus). The fun only ramps up when its lead designer and producer join in as commentators, mostly in the form of faux-complaining about how the speedrun is breaking their game.

The above speedrun embeds are only a taste of the eight days of madness you can find at the full SGDQ 2020 archives, which include a number of speedrun “races,” a motherlode of classic and niche games, and lengthy runs of popular RPGs like Final Fantasy VII Remake, Pokémon Shield, and more. (And if you didn’t donate to beneficiary Doctors Without Borders during the marathon, it’s not too late.)