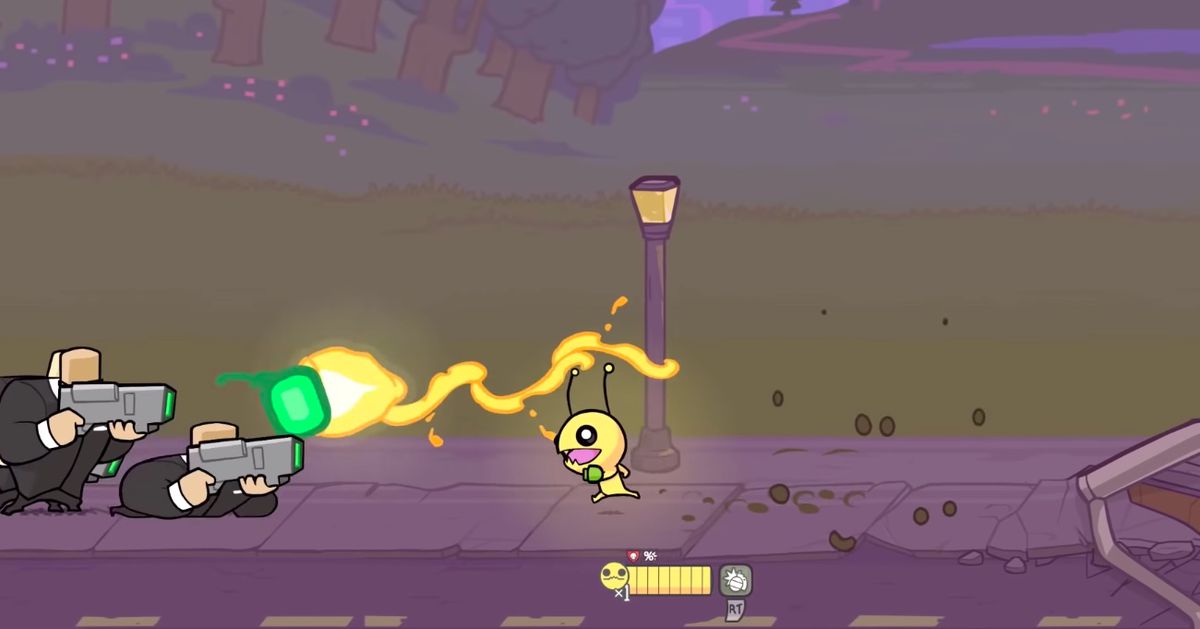 The Behemoth promises “completely new gameplay, progression, [and] mechanics” with its overhaul of the developer’s debut game. The developer says that Alien Hominid Invasion will feature a non-linear level experience built from “hundreds of hand-crafted city blocks.”

Unlock and equip an arsenal of weapons and boosts, level up, then beam down to invade Earth with up to three other friends. Abduct intel from your enemies to sabotage their plans, observe the oddities of human life, blow up bosses, and mutate into a variety of powerful Alien forms in order to take down the not-so-secret Agents that are dead set on ruining your day.

Take over by mastering Alien acrobatics including flipping, diving, tossing your enemies, and more, then utilize your mutations to experiment with new mechanics like super speed, healing, and flight!

The original Alien Hominid, first developed in Flash and released on Newgrounds, was released on consoles in 2004. It was ported to a variety of consoles, handhelds, and mobile platforms over the following decade, including the marquee release of Alien Hominid HD on Xbox 360 in 2007.