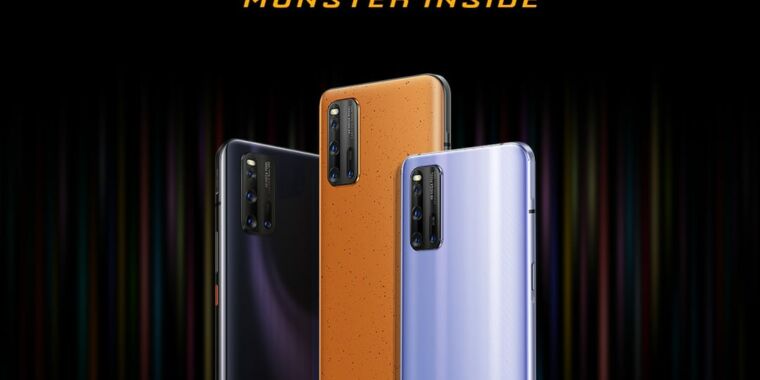 It’s Qualcomm’s world, and we’re all just living in it.

Phones are starting to trickle onto the market with Qualcomm’s new Snapdragon 865 SoC, and the company’s unchecked monopoly power over the mobile industry is really coming to a head with this new chip. Qualcomm is forcing 5G on everyone with the Snapdragon 865, increasing the size, cost, and complexity of smartphones, even if the world’s 5G networks are not ready yet. This week, we’re seeing an absurd new wrinkle in the Mandatory 5G Saga: manufacturers are sticking to Qualcomm rules and shipping its 5G modems, but they are also disabling them because 5G just doesn’t work in some markets.

Meet the “iQoo 3.” As pointed out by XDA Developers, in India, this phone ships the Snapdragon 865 in a first-ever “4G” configuration. Apparently, BBK subsidiary iQoo does all the work of paying for Qualcomm’s mandatory 5G modem, integrating it into the phone design, and then the company just, uh, disables the 5G functionality completely.

A phone that ships with some of its modem features disabled is not unusual. Sometimes companies turn off some 4G bands to help region lock phones to certain countries or possibly to save costs. Turning off the 5G bands on a Snapdragon 865 phone is tough to come to terms with, though, because the SoC’s design and performance was compromised just to bring this 5G capability to market. Qualcomm rolled back years of SoC progress by building the Snapdragon 865 without an onboard modem, and the only way to give this SoC cellular capabilities is to pair it with an external modem chip, the Qualcomm Snapdragon X55, which adds 4G and 5G connectivity. External modems take up more space, run hotter, and use more power than an onboard modem, and to accept this compromise while also not getting 5G seems like a really bad deal.

One reason for the lack of enthusiasm for 5G from iQoo is easy to understand: despite being the world’s second-largest smartphone market, India does not have 5G networks. Unlike in places like the United States, where tiny pockets of 5G are slowly being built, India does not have a clear path to 5G. The Indian government set prices to auction off public spectrum for 5G, but Indian carriers say the prices are “prohibitively expensive” and aren’t willing to pay the prices to buy the spectrum to begin to build the networks. Besides the conflict over the airways, the situation on the ground is not really settled, either. Most towers in India are not connected to fiber backhaul and probably can’t handle the bandwidth demands of 5G. Fixing this requires even more money that the carriers say they don’t have. In short, 5G ain’t happening anytime soon in India.

Last year, Qualcomm had a more sensible, flexible design for its first-ever 5G compatible chip, the Snapdragon 855. That chip had an integrated 4G modem—needed in every single market—and had a separate 5G modem as an optional extra. 4G connectivity would be more power-efficient than 5G on the Snapdragon 855 because the 4G modem was integrated and the 5G modem was not. This year, Qualcomm “fixed” that power discrepancy by making 4G as bad as 5G and pulled both modems off the main chip.

If the 5G chip has to be in the phone anyway, why disable it at all? Does Qualcomm charge less if you buy a 5G chip from the company and then disable it? Does iQoo view the “5G” label on the high-end version as some kind of market segmentation, even though it is completely irrelevant in India?

Assuming there is some kind of financial incentive behind disabling 5G on cheaper Snapdragon 865 phones, we will probably see this from more devices. India is the world’s second-largest smartphone market (behind China) and is a major battleground for the smartphone manufacturers. If manufacturers want to build a smartphone with the best specs—and they definitely do—Qualcomm hasn’t given them a way to do that without also including 5G. There is no standalone 4G-only modem to pair with the Snapdragon 865—it only works with the Snapdragon X55 5G/4G Modem.

iQoo is the latest brand launched by BBK, which is a company you can be forgiven for never having heard of. But if you combined the company’s various operations, BBK is the world’s second or third-biggest smartphone manufacturer. BBK is basically the General Motors of the smartphone world—a company that owns a million sub-brands targeted at various market segments and countries. You won’t find a phone branded “BBK” in the market, but you’ve probably heard of OnePlus, Oppo, Vivo, and/or Realme, which are all brands in the BBK stable. Just like with GM, it’s not uncommon for the brands to share technology, parts, and designs. With iQoo going the “disable 5G route,” the other BBK sub-brands might find it an appropriate strategy for some devices, too. Another BBK brand, Realme, also took the odd step of launching a 5G phone (the Realme X50 Pro) in India this week.