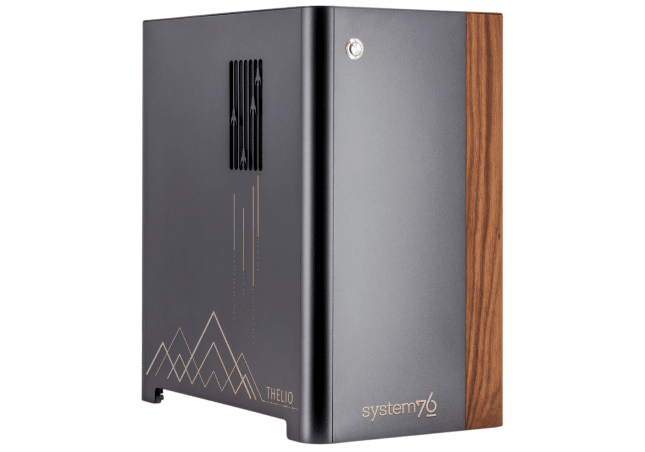 If you are a Linux user that craves lots of processing power, you are undoubtedly familiar with System76’s popular line of Thelio desktops. Hell, you have either already bought one of these computers or you daydream about owning one. These Thelio desktops are made in the USA, housed in a custom wooden chassis, and come with Ubuntu Linux or System76’s own Ubuntu-based Pop!_OS operating system pre-installed. Thelio is what dreams are made of…

Depending on the model of Thelio you choose, you can get either Intel or AMD processors. While the standard Thelio model can be had with regular AMD Ryzen processors, the Thelio Major can be configured with Ryzen Threadripper chips. If you aren’t familiar, Threadripper processors are multi-core beasts that are designed for hardcore users.

Today, the Thelio Major gets a brand new CPU option — the all-new AMD Ryzen Threadripper 3990X. What makes that chip so exciting? It has 64 cores. Seriously, folks. Sixty. Four. Cores. System76 brags that a Thelio configured with that chip can compile the Linux kernel in a mere 24 seconds!

The problem with such a processor, as you can imagine, is heat — the 280 watt processor is not easily cooled. Well, System76 engineered a special solution. You see, on the the side of the case is a 140mm duct that will pull air into a dedicated compartment, dump it onto the heat sink, and then exhaust it to the back. In other words, buying a System76 Thelio desktop with a Threadripper 3990X CPU will be a much better experiencing than building a system with the 3990X and trying to cool it yourself. 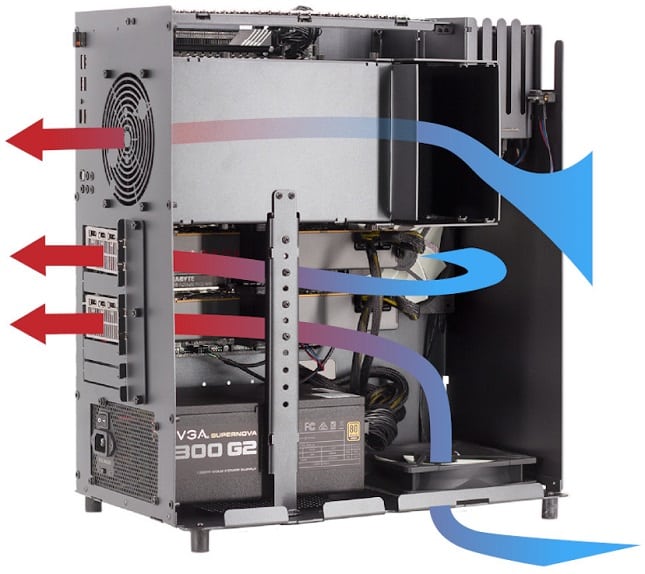 So, how much does a Thelio Major with Threadripper 3990X cost? The starting price with that chip is actually quite reasonable at $6,747. If that price seems astronomically high to you, then the computer likely isn’t meant for you. Don’t take that statement as an insult — most people don’t need a 64-core processor. Those that do need such a beast can absolutely understand spending such money on a tool that can get work done. If you decide to max-out the specifications during the configuration process, you can easily exceed $15,000!

Ready to buy your own 64-core Linux super computer? You can configure and purchase a Thelio Major with AMD Ryzen Threadripper 3990X here.