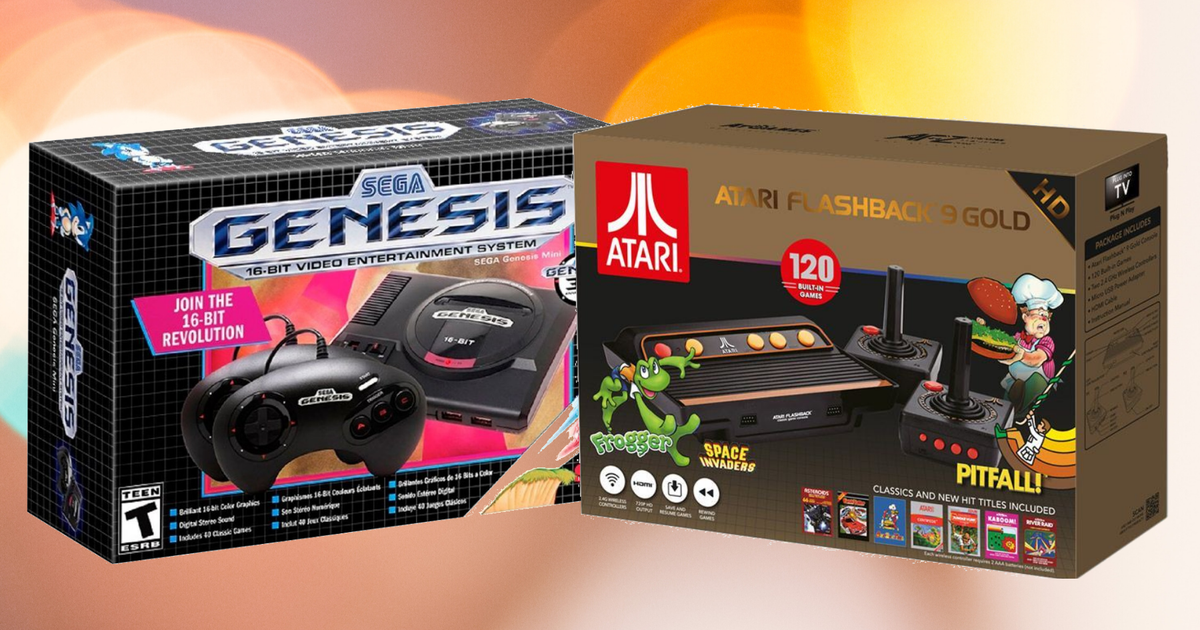 TL;DR: As of March 11, the Sega Genesis Mini and Atari Flashback 9 consoles are up to $20 off at Best Buy, GameStop, and Amazon.

In these PlayStation 5 versus Xbox Series X times, amidst talk of 8K gaming and 120Hz refresh rates, even the most devout console gamers might miss the simplicity of 16-bit.

You have the option to take a break from Call of Duty to play the original Frogger or Sonic the Hedgehog any time you want. The Sega Genesis Mini and the Atari Flashback 9 consoles are on sale at Best Buy, Amazon, and GameStop, saving you up to $20.

Sega waited in the wings while Nintendo basked in the glory of a successful SNES Classic debut. But when it finally released the Genesis Mini in fall 2019 (for the OG Genesis’ 30th birthday), it was clear to everyone that Sega was simply taking the time to make it perfect. The console is referred to by The Verge as the best tiny console yet, featuring 42 games like Sonic, Street Fighter 2, and even some heavy-duty retro fandom picks like Mega Man: The Wily Wars. Also, you can save any game in any state.

Perhaps your idea of retro gaming goes past the ’90s to a Stranger Things-esque arcade. The newest rendition of Atari’s Flashback console series features 120 built-in games like Frogger, Space Invaders, and Pitfall!, and comes with wireless joysticks. Gamestop’s pricing doesn’t show the sale, but the console originally retailed at $79.99 when it came out in 2018.

The non-gold version of the Atari Flashback 9 is on sale for over $20 cheaper (if you can live with hardwired controllers). At any rate, both have SD card slots and controllers with that bumpy texture that’s weirdly nostalgic.