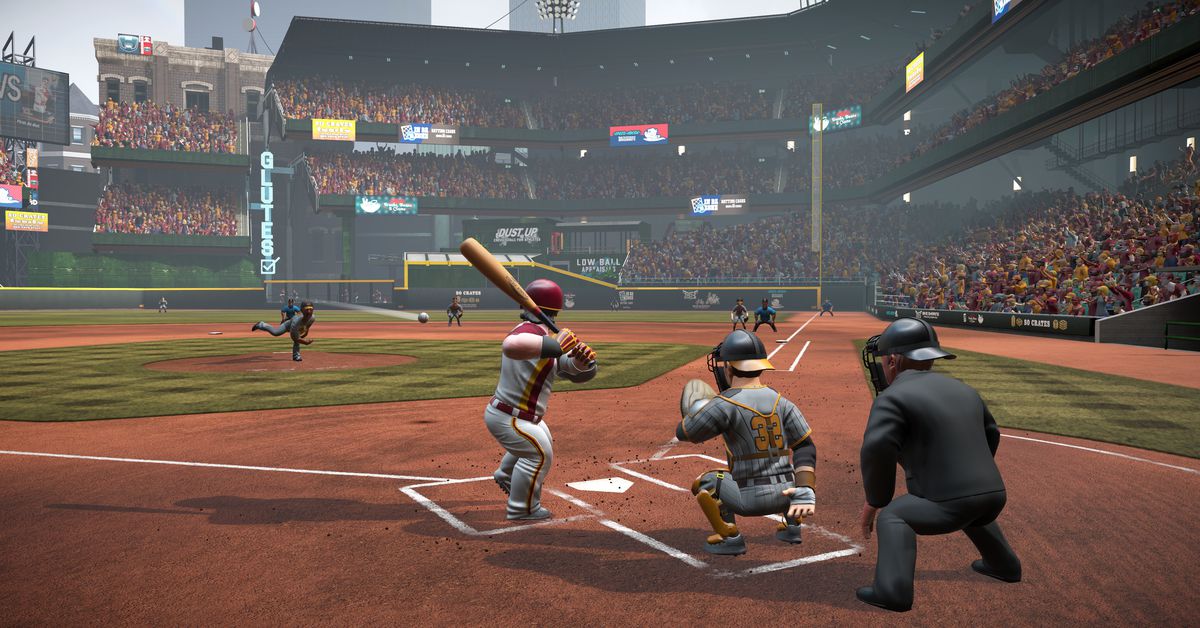 Super Mega Baseball 3 will deliver the series’ first-ever multiseason franchise mode, featuring free agency, player progression (and regression), and more when the game launches this spring. And developer Metalhead Software will support that feature with a team-import tool that allows longtime players to bring over their carefully customized squads from Super Mega Baseball 2.

The tool will be added to SMB3 via post-launch patch, Metalhead co-founder Scott Drader said in a statement Friday. “We know our users have spent a ton of time building their own leagues in SMB2,” Drader said. “We’re working on a way to transfer that hard work over to the new game so you can pick up where you left off.”

Drader, in a video explaining how SMB3’s modes of play have been upgraded (see above), said that a “major online gameplay feature” would also be added to the game after release, but didn’t describe it any further. The studio will show its work on that sometime before the game launches.

With the Franchise mode (past editions only had one-year seasons), teams will change over the course of multiple seasons, signing hot prospects from a free agent pool and getting rid of declining veterans who have lost a step. Teams will have to work within a salary budget and negotiate against players’ salary expectations. Limited training opportunities will allow team owners to max out a superstar’s ability or shore up a player with lower attributes. Either way, you won’t be able to train up everyone.

The Super Mega League serving the main modes of play (Franchise, Season, Pennant Race, and the Elimination playoff mode) will get four more teams, for a total of 20. However, that expansion means some longtime players from Super Mega Baseball and SMB2 may have switched teams. Players will also get more customization options in their team’s uniforms and logos, Drader said. The Season mode will allow players to control multiple teams, which means two friends in the same household can play a season together, and compete head to head when their sides meet on the schedule.

Super Mega Baseball 3 has been scheduled to launch sometime this month on Nintendo Switch, PlayStation 4, Windows PC, and Xbox One. As to that date, however, Metalhead’s statement acknowledged that the studio is running up against logistical delays caused by the COVID-19 outbreak. “Metalhead is not ready to announce a change from the April window yet, but is optimistic that if there is a delay, it will be minor,” the studio said.

Super Mega Baseball 3’s online multiplayer component will fully support cross-platform and cross-console matchmaking. A free demo of the game will be available, too, and with it players may play an unlimited number of games in the Pennant Race mode (though the teams and number of stadiums will be limited).

With the next generation of Xbox on the horizon, Microsoft’s 4K-ready Xbox One X is often on sale for much lower than its $499 launch price.