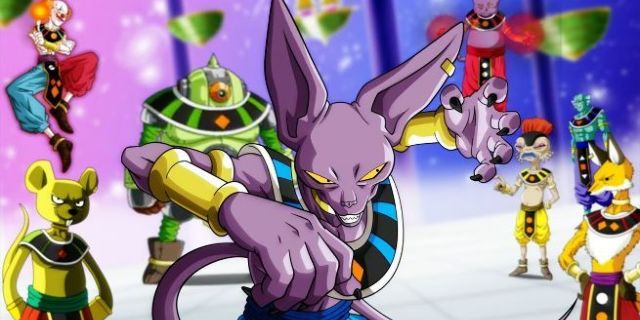 Super Dragon Ball Heroes is bigger than ever before these days. The arcade game was a local treat for Japanese fans for so long, but a recent push abroad has given the title an even higher profile. With a much-discussed anime under its belt, the eyes of Dragon Ball fans are focused on the game’s next move, and it seems a new storyline is on the horizon.

Last year, fans were given a brief peek at the future of Dragon Ball Heroes during Jump Festa. The event did not reference any big mainline release, but the series did confirm a second season is on the way. Of course, that means the game needs to cook up a new story for its next season, and the synopsis for the Big Bang Mission has gone live.

“The upcoming enemies are the Gods of Destruction…?! And what is this gigantic tree that has appeared suddenly in outer space,” the translated synopsis reads courtesy of DBSChronicles.

“Goku, Trunks, and others’ greatest crisis, adventures and battles [approach them]. The wait is over! The Big Bang Mission finally begins!”

As you can see, this new mission is one which the strictest of Dragon Ball fans have asked for. The Gods of Destruction are about to become the villains in this new arc, leaving Goku and the gang to fight against their universe’s last-line of defense. We all know how strong Beerus is, so Universe 7 will have a lot on its plate with this story. So as the anime prepares to explore the Dark Demon Realm, fans know they have this godly feud to look forward to with season three.

Are you ready for this new Super Dragon Ball Heroes storyline? Let me know in the comments or hit me up on Twitter @MeganPetersCB to talk all things comics and anime!

The Japanese-language and English dub releases of Dragon Ball Super are now complete and available to stream with FunimationNOW and Crunchyroll. Viz Media is releasing new chapters of the manga at a monthly rate that can be read entirely for free through the Shonen Jump digital library, and Dragon Ball Super’s big movie, Dragon Ball Super: Broly, is now available on Blu-ray and DVD.