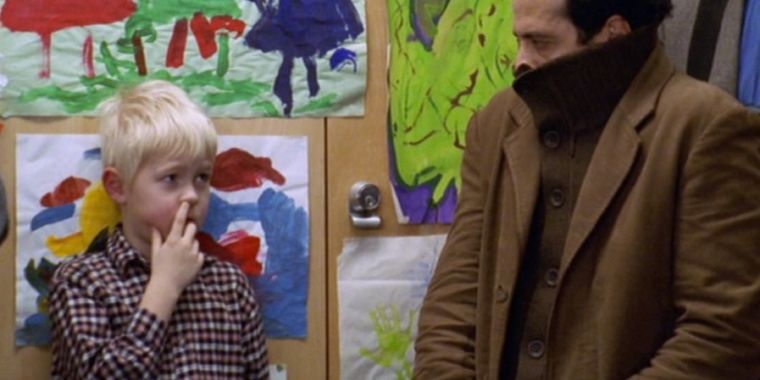 Chances are good that you’ve seen entertaining footage of the so-called “rubber hand illusion,” where someone becomes convinced that a fake rubber hand is actually their own. It’s more than a clever party trick, however. Not only does the illusion shed light on how the brain “maps” our physical bodies, it could also prove to be an effective treatment for patients suffering from obsessive compulsive disorder (OCD), according to a recent paper published in Frontiers in Neuroscience.

German philosopher Martin Heidegger introduced the notion of “ready-to-hand” in the 1930s to describe how the body can incorporate our most familiar functional tools into its concept of the self, much like a blind person who regularly uses a cane to navigate his or her surroundings. As far as the brain is concerned, the cane becomes an extension of the physical body.

Studies have shown a similar effect when we regularly use a computer mouse. It might even be true of our avatars in virtual space. Virtual reality guru Jaron Lanier introduced the concept of “homuncular flexibility” in the 1980s to describe how the brain could become unable to distinguish between our real and virtual bodies over time. If something bad happens to you in the virtual world, the same neural circuitry is activated that would be engaged if it happened to you in the “real” world.

That’s the underlying essence of the rubber hand illusion, devised by Princeton University neuroscientist Matthew Botvinick back when he was still a graduate student. A subject’s hand is hidden from view and replaced by a rubber hand in the same position where the real hand would normally be. Then the illusionist strokes both real and fake hands simultaneously. It doesn’t take long for the subject to begin to respond to the rubber hand as if it were their own. A common trick is to stab the rubber hand with a hammer or a knife and watch the subject recoil in genuine horror. In 2011, Henrik Ehrsson, a cognitive neuroscientist at the Karolinska Institute in Sweden, tweaked the experiment to convince subjects that they had a third hand.

The sensory feedback from the simultaneous stroking of both the real and rubber hands essentially “couples” the subject to the rubber hand, such that the brain perceives it as an extension of the physical body—what’s known as a body transfer illusion. But not everybody is susceptible to the illusion, notably dancers and musicians, for example. Ehrsson has suggested this might be because people in those professions are able to “expertly localize their limbs without sight.”

A 2004 study concluded that the stroking of the two hands must be synchronous for the illusion to take hold. Subjects’ brains were imaged using fMRI during the experiment, which showed increased activity in the premotor cortex—a region involved with planning movements—when the illusion went into effect, along with the parietal cortex, which is involved with visual and touch processing. Follow-up studies in which the rubber hand was threatened by a stabbing motion with a needle showed increased activity in the anterior cingulate cortex, indicating the anticipation of pain. Subjects responded to the threat as if the rubber hand were their own, sometimes even moving their hidden real hand to avoid the needle.

More recently, in 2016, Italian scientists used transcranial magnetic stimulation during the rubber hand experiment to trigger electrical pulses in the region of the brain that controls hand movement. Such signals travel down the spinal cord into the hand and can be detected as muscle twitches. They found a pronounced decrease in the strength of those pulses in subjects’ real hands once the illusion had taken hold. “Because the brain no longer considers the hand as part of the body, we become less able to use it,” lead author Francesca Garbarini of the University of Turin told the Guardian at the time.

The current study builds on prior work that co-author Baland Jalal, a neuroscientist at the University of Cambridge, conducted in 2015 with fellow neuroscientist V.S. Ramachandran of the University of California, San Diego. Their subjects for that study did not suffer from OCD. In this version of the rubber hand illusion, Jalal and Ramachandran contaminated the rubber hand with fake feces (a mixture of chocolate and peanut butter) and found that the subjects experienced strong disgust as if their real hand had been smeared with feces. A subsequent Japanese study replicated those results, strengthening the case for using this “multi sensory stimulation therapy” to treat OCD.

A standard approach to OCD treatment is combining medications like Prozac with exposure therapy. This typically involves patients being asked to touch contaminated surfaces and then not letting them compulsively wash their hands afterward as they would normally do. Over time, this should result in a decreased sense of disgust and associated hand-washing behavior. But the therapy itself can be unbearably stressful for patients. According to the authors, 20 percent drop out prematurely, and another 25 percent refuse even to start the therapy. “OCD can be an extremely debilitating condition for many people, but the treatments are not always straightforward,” said Jalal. “In fact, exposure therapy can be very stressful and so is not always effective or even feasible for many patients.”

For this latest study, Jalal et al. recruited 29 OCD patients from an institute associated with Harvard Medical School. Sixteen were subjected to the rubber hand experiment with both fake and real hands being stroked simultaneously, while the remaining 13 in the control group had their hands stroked out of sync. Once the illusion had taken hold, the researchers smeared fake feces on the rubber hand while simultaneously dabbing the subjects’ real hand (hidden from view) with a damp paper towel. Subjects were then asked to rate how much disgust, anxiety, or urges to wash their hands they experienced.

Surprisingly, subjects in both groups proved susceptible to the rubber hand illusion, even though healthy subjects don’t experience it if the two hands are stroked out of sync (as was done with the control group). And initially, both groups reported similar levels of disgust at the perceived contamination. But after the wet paper towel was removed, with the fake feces still on the rubber hand, the researchers continued to stroke both hands for another five minutes. After that, 65 percent of subjects in the synchronized stroking group reported stronger disgust reaction, compared to 35 percent in the control group. This demonstrates that the longer the hands are stroked, the stronger the illusion becomes.

For the final stage of the experiment, Jalal et al. placed the fake feces on the subjects’ real hand and once again asked them to rate their disgust and anxiety levels from 1 to 10. The subjects in the control group reported average levels of around 7, but those in the synchronized group had much higher levels of almost 9. “Over time, stroking the real and fake hands in synchrony appears to create a stronger and stronger and stronger illusion to the extent that it eventually felt very much like their own hand,” said Jalal. “This meant that after ten minutes, the reaction to contamination was more extreme. Although this was the point our experiment ended, research has shown that continued exposure leads to a decline in contamination feelings, which is the basis of traditional exposure therapy.”

Jalal is hopeful this method could provide a bridge to allow OCD patients to better tolerate exposure therapy, particularly because the subjects found the rubber hand illusion amusing, which helped put them at ease and made the experience less stressful. The next step is to conduct randomized clinical trials with larger sample sizes to compare this new method to existing exposure therapy techniques.

“All in all, this simple, immersive, and cost-effective intervention might result in higher treatment uptake and lower dropout and facilitate early intervention,” the authors wrote. “It is eminently suitable for poorly resourced and emergency settings, including low-income and developing countries with minimal access to high-tech solutions like virtual reality.”