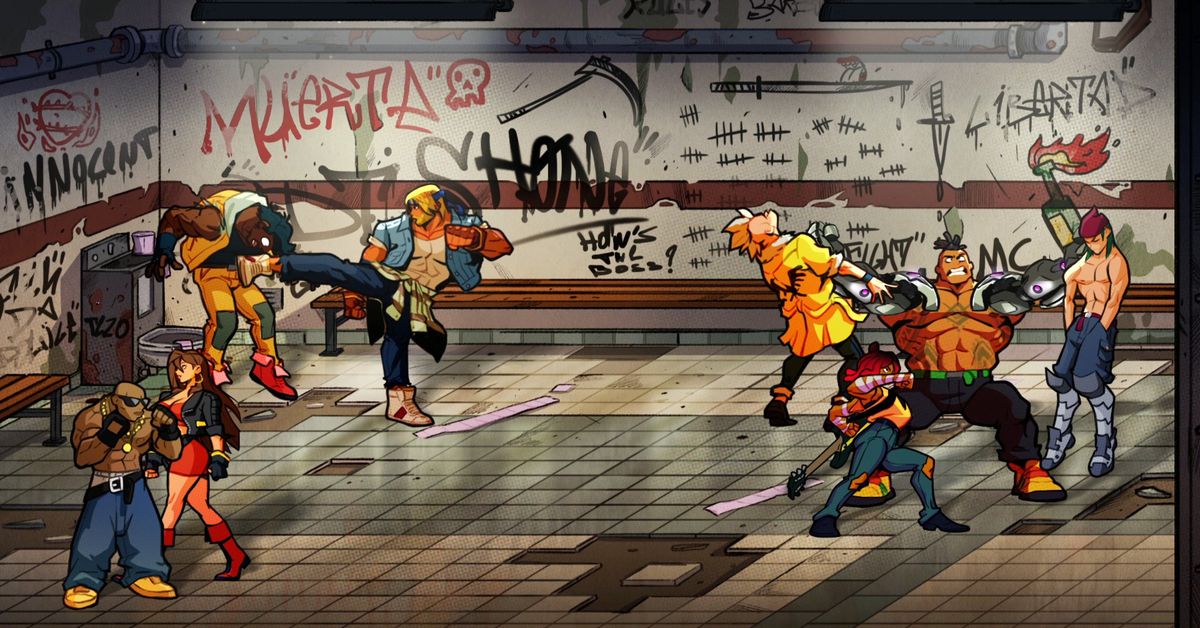 Streets of Rage 4 will include four-player local cooperative play, publisher and co-developer Dotemu announced Monday. The revival of Sega’s classic beat-’em-up game series will also feature online play, but it will be limited to two players.

Previous games in the Streets of Rage franchise capped out at two players simultaneously.

In addition to new multiplayer details, Dotemu and developers Guard Crush Games and Lizardcube also revealed the fifth (and final) playable character coming to Streets of Rage 4: Floyd Iraia. Joining Alex, Blaze, Adam Hunter, and Cherry Hunter, Floyd is an original character who’s tanky and powerful. His movement and health recovery is slower than the rest of the roster, but Floyd makes up for it by having the longest reach and, well, he has an arm cannon that shoots a fat laser.

Floyd does have a tie-in to the franchise; his cybernetic arms were a gift from Dr. Zan, the scientist cyborg from Streets of Rage 3.

Streets of Rage 4 is coming to Nintendo Switch, PlayStation 4, Windows PC, and Xbox One this spring.

Lizardcube, Guard Crush, and Dotemu announced Streets of Rage 4 in 2018. The brawler will feature music from Streets of Rage composers Yuzo Koshiro and Motohiro Kawashima, as well as music from contributors Yoko Shimomura, who wrote music for the original Street Fighter 2 and the Kingdom Hearts series; Hideki Naganuma, known for his work on the Jet Set Radio, Sega Rally, and Super Monkey Ball games; and Keiji Yamagishi, who wrote music for Ninja Gaiden and Tecmo Bowl.