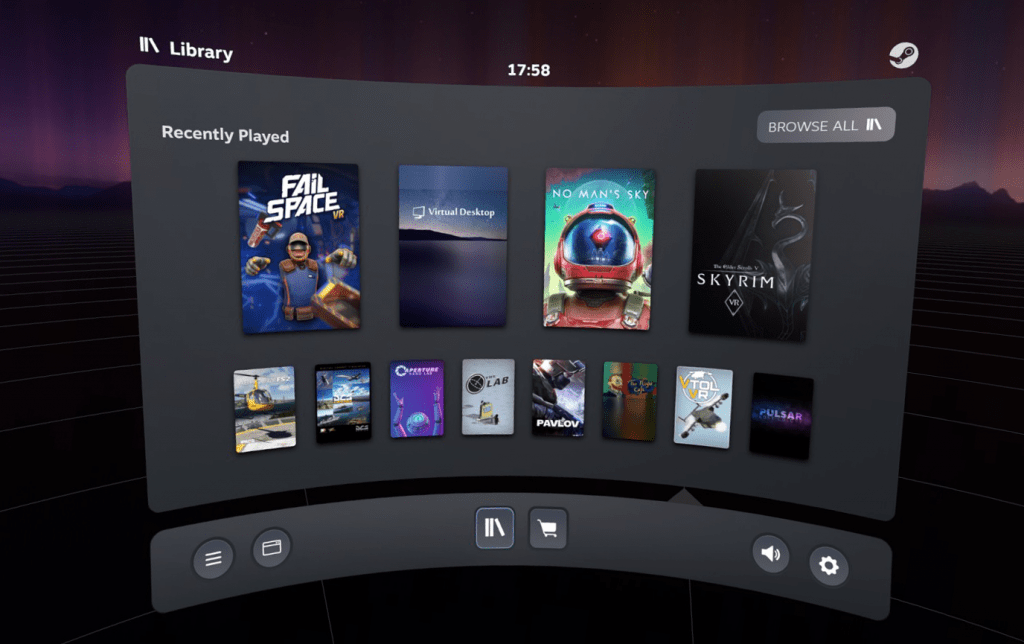 The beta version of SteamVR now has an all-new interface, as well as adding an icon for Oculus Quest in Oculus Link mode.

SteamVR’s user interface has been mostly unchanged since it launched back in 2016. But back in December, Valve simplified the desktop settings UI with a cleaner more modern design that better matches the Steam client’s new interface.

This same approach has now been taken to the in-VR interface (called Dashboard). The interface is cleaner and has just six buttons along the bottom: 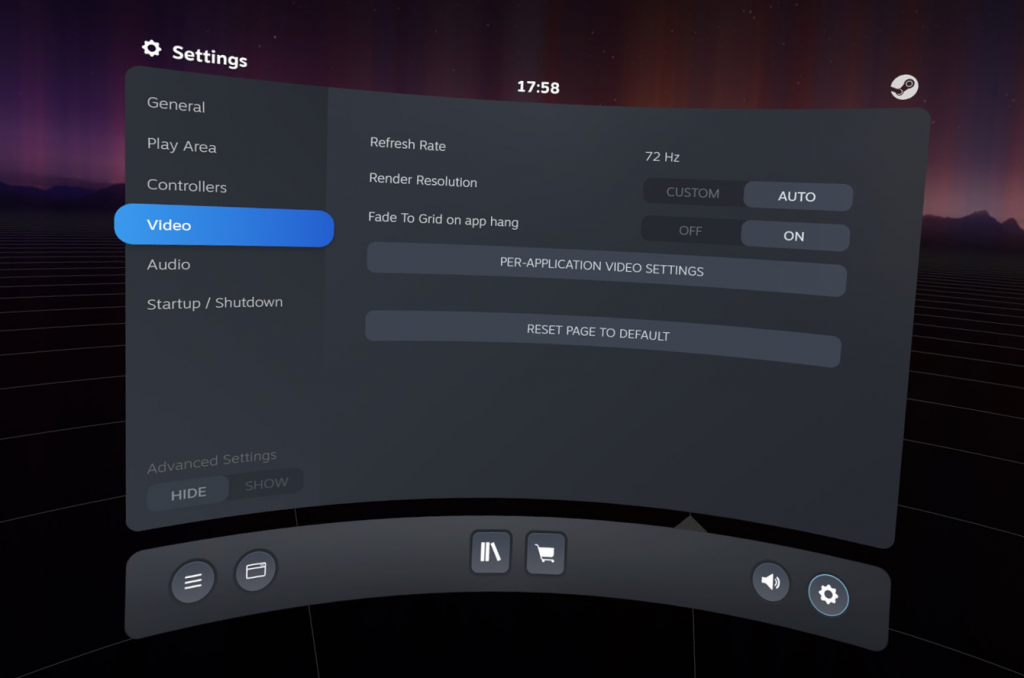 The “Browse All” button of the Library and listings in Store opens up Big Picture and seems to indicate that Valve intends to build out a new for-VR interface for these parts of its store. This may come by the time this build moves to stable, or it might be a longer term project.

In the current stable build of SteamVR, Facebook’s Oculus Quest (used as a PC VR headset via Oculus Link) would show the same icon as Rift S. Valve now added a new icon for the headset. This doesn’t affect functionality, but it’s a nice polishing touch for the many Quest owners venturing onto Steam to explore its wealth of PC VR content.

The pace of improvement on SteamVR seems to be ramping up recently. Once a platform only a power user could love, SteamVR now has a core interface arguably better than any other VR platform.

Could all these changes, currently in Beta, be elements of the “SteamVR 2.0” Valve referred to last week? It seems likely, but Valve hasn’t said anything about this specifically. UploadVR will be keeping a close watch on SteamVR’s evolution as the year progresses