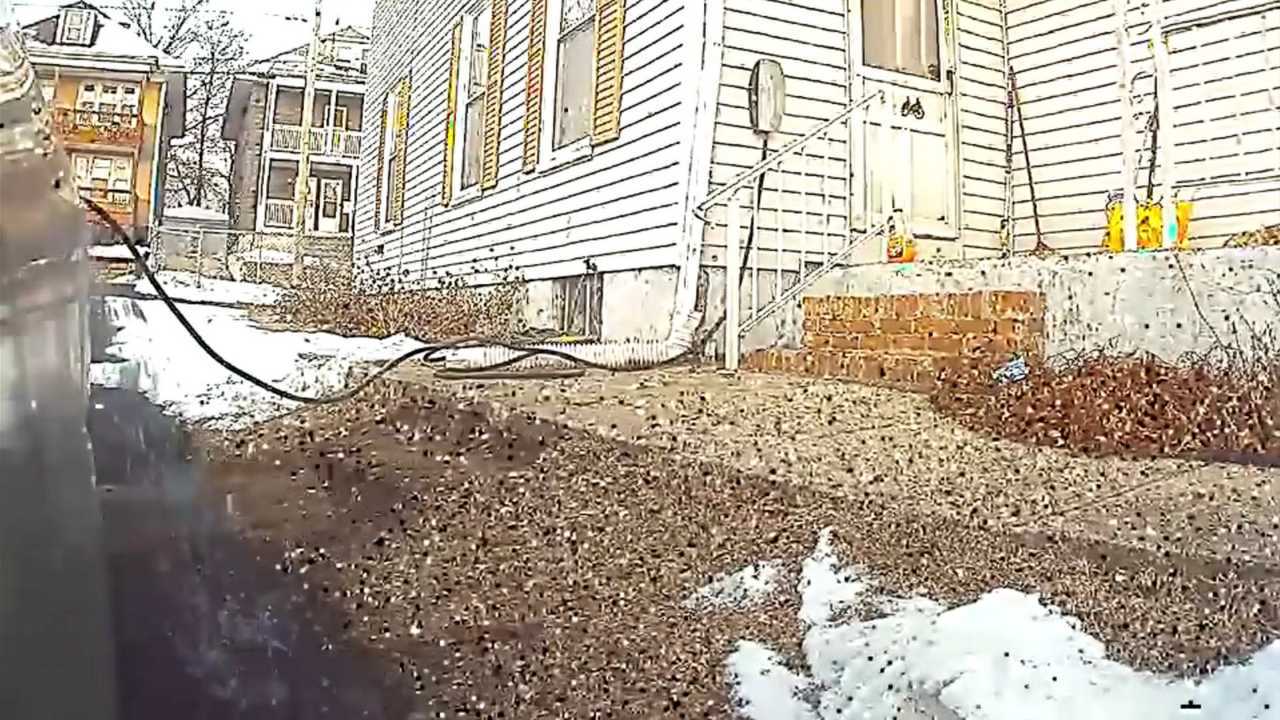 Good stories often start with one situation that uncovers others that were not public until the first story comes to light. That is why we always publish situations that could be limited to just one case and ask if anyone else was also affected. That usually triggers a reaction that lets us see how frequent a car issue might be.

After Balaji Simma was accused of editing a video to make it look like a glass in his Model 3 shattered by itself, Fernando Khounphithach got in touch to share his story and a video of what happened to him. You can see it above.

Pay careful attention at around 0:04. That is when the glass from the left rear door starts to fall into pieces spontaneously. Ironically, Tesla Sentry Mode filmed the whole situation.

“It happened on January 21 at around 7:06 AM at my driveway. The alarm was activated on its own with no one around the vehicle. The load alarm – music at max volume – activated for a long time until it shut off by itself. I did open the door to look at my car, but I didn’t see anything. So I went back inside to grab my phone, but the alarm shut off first, so I just stayed inside. My wife also looked outside since she got the notification, too. She saw the shattered window and went out.”

Khounphithach lives in Rhode Island. When he realized what happened, he thought he would find who had done that with the help of the Sentry Mode video.

“I reviewed all the footage to see who or what activated the alarm. I didn’t see anyone around at all. So I towed it to the Tesla Service Center at Warwick. They reviewed all the footage and have no explanation for what happened. Everything was covered, including the loaner. They fixed it in less than a week. Tesla will also cover the repaint of the door, but I haven’t received any call yet.”

With the trickiest part already settled, Khounphithach now wants to know what happened, but the Tesla Service Center seems to be still struggling to find the causes.

“They checked the logs on the computer and the video footage. Despite keeping the car a bit longer to diagnose the issue, they came with no explanations so far.”

Since the door alignment could have put pressure on the glass, we asked Khounphithach if the left doors had the same issue that caused the A-pillar rust we told you about a few months ago.

“The alignment is just fine on the window that shattered, but it seems a bit off or tight on the front driver side. When I press the window button to go up, it goes up to about ¼ of the way and goes back down. I have to hold it to make it go up, but it seems to struggle. There is no visible rust anywhere, but the paint seems too easy to get scratches: during the repair, the mechanic probably put a box on top of my car, and the box slid down all the way to the trunk, leaving a scratch trail.”

This report relates to another issue on the Model 3: the paint problems many have experienced so far. He also mentioned minor issues to open the car with his cell phones but not with the key fob. The only sign of structural problems that may have affected the glass is weird.

“Just the window on the rear passenger side is making a sound every time I get into the car and press the brake pedal. I have shown it to the Tesla service person, but they have not fixed it yet.”

Apart from Khounphithach, Ameya Amritwar also got in touch with us. We have shown you a picture of his car and his post at the Tesla Model 3 Facebook group. Now, we can tell exactly what happened to his Tesla.

“I was driving to work for an on-call shift on Saturday morning – March 14 – on US-29 N. Roads were relatively empty, and I was in a bit if hurry so I put the car on standard drive mode and accelerated from 70 mph to about 90 mph quickly. That was when I heard a loud pop and started feeling the air around my head just before the overpass of Broken Land Parkway.”

It took a while for Amritwar to realize what had happened.

“I did not understand anything for a second or two. Then I thought the window might have given way. So I quickly started decelerating and finding a safe spot to pull over. I came to a full stop post overpass, about 1/4 mile on the left fast shoulder, as I could not have safely come to a halt before. I realized in the meantime that my rearview camera was too clear, and it dawned on me that I had no ceiling over the back seat! No glass there at all.”

Luckily, Amritwar did not have anyone in his car with him

“After pulling over to the left, I immediately got off the car. My biggest concern was glass on the child seat. Overall, there were only a few very, very fine glass shreds but no large sharp pieces. I attempted to contact Tesla emergency and got a response post 25 minutes. They then told me the damage I described was ‘unlikely to have happened that way’ and that it was not covered. Instead, I was offered a quote on tow – $195, to be specific. I chose to call my insurance instead.”

Being a psychiatrist, Amritwar’s prognostic with Tesla was not going well.

“The car remained drivable. I was escorted by a police car about 30 minutes later to a safer spot from where the car was towed for $65 to a Service Center, which was open at the time per online information. In the meantime, I had attempted to check on the app to report/secure appointment, but the said damage could not fit in any category described in drop down options.”

Some of the commenters in his Facebook post said something had surely hit the rear glass, but Amritwar does not believe that. He said the glass did not present any sort of previous damage.

Things improved when the car was at the Service Center.

“They initially called me to ask me about the incidence and stated it did not match the tow person story. I did bring to their notice that I was the one in the car, not the tow guy, and that clearly there is no glass sticking on sides and no evidence of any impact. They had sent me an estimate as well. The service person stated he would discuss with the team and later called back to inform that Tesla will cover the damage. He refused to tell me what could have possibly led to the damage.”

Considering the previous issues we have already seen, what if the rear glass was not properly glued in place? It has already happened with Sergio Rodriguez’s Model X windshield.

The pictures above seem to point that way. See how only part of the glass is still attached to the car body on the right side. There is no glass on the left. The part that the pictures show is upward as if the rear glass had exploded.

If the glass were not correctly fixed in the back, its collapse would be easy to explain. Is that what caused the incident? Amritwar now wants an explanation for what happened – for excellent reasons.

“I like my car, and I am seriously considering upgrading to a 7-seater Model Y – my garage is too small for an X – and possibly the Cybertruck in the future. I am glad my child was not in the seat, but it does pose a danger if the underlying issue is not resolved, and next time this happens with my family in the car. I’m not looking for compensation, just an explanation, as well as my car back with my relatives’ safety insured.”